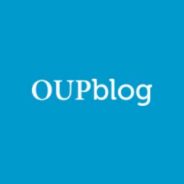 This year on the OUPblog, our authors have marked major anniversaries, championed activism, confronted antisemitism, shattered stereotypes, and sought to understand our post-pandemic world through literature. Dive into the top 10 literature blog posts of the year on the OUPblog:

1. The real scandal of Dante’s Beatrice

2021 saw the 700th anniversary of the death of poet Dante Alighieri. To mark this, we asked some of our authors to write for the OUPblog on Dante. In this blog, Martin Eisner, author of Dante’s New Life of the Book: A Philology of World Literature, explores Dante’s divinization of a mortal woman, with specific reference to Beatrice from Dante’s the New Life (Vita nuova).

2. Shakespeare and the sciences of emotion

What role should literature have in the interdisciplinary study of emotion? The dominant answer today seems to be “not much.” Scholars of literature of course write about emotion but fundamental questions about what emotion is and how it works belong elsewhere: to psychology, cognitive science, neurophysiology, philosophy of mind. In Shakespeare’s time the picture was different. What the period called “passions” were material for ethics and for that part of natural philosophy dealing with the soul; but it was rhetoric that offered the most extensive accounts of the passions.

Explore the sciences of emotion with Benedict S. Robinson, author of Passion’s Fictions from Shakespeare to Richardson.

3. Extraordinary times: revisiting the familiar through the novels of Marilynne Robinson

“When I read Marilynne Robinson’s first novel, Housekeeping, in graduate school, its lyrical beauty transfixed me.” In this OUPblog post, Laura E. Tanner, author of The Elusive Everyday in the Fiction of Marilynne Robinson, explores the American writer’s ability to transform the ordinary world into something extraordinary, as a way begin to understand a life post-pandemic.

4. Fragmentology: bits of books and the medieval manuscript

So many fragments of manuscripts exist that a new term—Fragmentology—has recently been applied to the study of these parts and parcels. Librarians, archivists and academics are paying more attention to what can be learned about textual culture from a folio cut, say, from a twelfth-century manuscript and later used by a binder to line the oak boards of a fifteenth-century book.

Explore what Fragmentology can teach us about medieval conceptions of literature and art with Elaine Treharne, author of Perceptions of Medieval Manuscripts: The Phenomenal Book.

Wherever you are in the world, whether you’re enjoying the summer sun or counting down the days until its reemergence, lose yourself in the worlds of Jane Austen, George Elliot, Jonathan Swift and more with these six classic novels selected for our summer reads series.

6. The Spanish Civil War: a nostalgia of hope

The summer of 2021 marked the 85th anniversary of the start of the Spanish Civil War, a brutal struggle that began with a military uprising against the democratic Second Republic and ended, three years later, in victory for the rebels under General Francisco Franco. The enduring fascination of that conflict, its ability to grip the global imagination, belies its geographical scale and is testament to the power of art.

Learn more in this blog post from Kathleen Riley, author of Imagining Ithaca: Nostos and Nostalgia Since the Great War.

7. What does it mean to think of the world “in Jewish”?

Antisemitism has been increasingly in the headlines, from reports of violent incidents directly targeting Jews to the growing prominence of ethnonationalist discourse that makes frequent use of Jewish stereotypes. This surge in anti-Jewishness includes renewed attention to the medieval image of the wandering Jew, translated into contemporary parlance with the term “globalism.” It would be tempting to dismiss such ideas as uninformed distortions of Jewish culture and history. It may be useful then to think with the stereotype rather than against it. What does it mean to think of the world “in Jewish”?

Explore what a vocabulary of Jewish worldliness might reveal about the global present with Saul Noam Zaritt, author of Jewish American Writing and World Literature.

8. Whitman and the America yet to be: reconceptualizing a multiracial democracy

In this OUPblog post, Kenneth M. Price, author of Whitman in Washington, explores American poet Walt Whitman and what has often seemed to many to be a loss of Whitman’s early political and poetic radicalism after the war, and how it can be better understood as his own effort to reconceptualize a multiracial democracy.

There has always been some perceived affinity between the submissive Ophelia and East Asian women. Ophelia is a paradox in world literature. Even when she appears to depend on others for her thoughts like her Western counterpart, the Ophelias in Asian adaptations adopt some rhetorical strategies to make themselves heard, balancing between eloquence and silence, shattering the stereotypes about docile Asian women.

10. Lyricism as activism: Sigurd Olson and The Singing Wilderness

Placing the reader in the poetic and ethical space is the first step toward direct action that affects the larger human community: a step toward activism. Activism formalizes the values that inspire and ultimately direct our will—and action—to preserve and protect. By opening new worlds, other spaces, and creating experiences for the reader—and, crucially, letting the reader explore those worlds for herself or for himself—the lyric writer has an opportunity to create a protected zone for significant communication.

Read the blog post from Carmen Bugan, author of Poetry and the Language of Oppression: Essays on Politics and Poetics.