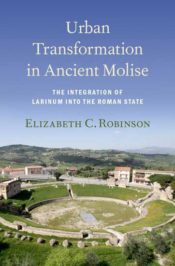 When planning a trip to Italy, the major cities of Rome, Florence, Milan and Venice are usually on the must-see list. Yet many people also yearn to find the “undiscovered hidden gem” waiting to be explored. For the latter group, Molise is waiting. This region is so underrated that Italians have a running joke: “Il Molise non esiste” (“Molise doesn’t exist”). But the joke is really on those who haven’t visited this idyllic region. Like many of the better-known regions of Italy, Molise has great culinary delicacies, beautiful towns, and a rich history. Visitors will also find plenty of opportunities to try out their Italian, since English isn’t as widely spoken in this area as in some of the more touristic zones.

Molise is divided into two provinces, each with its own capital. Isernia is the capital of the western province that flanks the Apennine Mountains, and Campobasso is the capital of the eastern province that touches the Adriatic Sea. Many of the major cities have roots that date back to the Roman period, while other towns emerged in the Middle Ages. In the south, the Roman ruins of ancient Saepinum are visible near modern Altilia. This archaeological site contains all the essential elements of a traditional Roman city and is much less crowded (and less expensive) than the more famous Pompeii.

In Roman times, Molise was the home to the notorious Samnites, a people famously portrayed by the Romans as rustic and aggressive. The famous sanctuary of Pietrabbondante in the north is considered the most important cult site of the Samnite state. The view from the surviving theater looking out over the countryside is spectacular. Further east, the architecture of the seaside town of Termoli reflects its Lombard and Norman periods. The Romanesque cathedral and Norman castle are especially beautiful.

Molise’s history is also on display in various museums throughout the region. Some of the earliest evidence of habitation there can be found in the Paleolithic Museum of Isernia. The museum is built on one of the most important Prehistoric archaeological sites in the Mediterranean world. Visitors walk along a path suspended above researchers who continue to excavate and study the site. The multimedia displays and reproductions of Paleolithic and Neolithic huts and a life-sized Elephas antiquus are worth a visit. Further east, the town of Larino sits atop the ancient site of Larinum, made famous by the Roman orator Cicero for his defense of a citizen from the town. The amphitheater and the Civic Museum provide a taste of its rich past.

Part of the living history of Molise includes its numerous festivals. On the day of the Corpus Domini the annual Procession of the Mysteries takes place in Campobasso. This parade, accompanied by a live band, consists of wooden religious images with iron supports that are carried on the shoulders of the townspeople. Children from Campobasso suspended in the iron supports portray religious figures in scenes from the Old and New Testaments. The structures, the majority of which were originally made around 1740, weigh up to 605 kilograms. A museum dedicated to the festival can be found there. Another unique festival takes place on 25, 26, and 27 May in Larino. This celebration is dedicated to Saint Pardo, one of the patron saints of the town. It involves a parade of over 100 carts, each decorated with hand-made paper flowers and drawn by a pair of oxen. Feasting and music add to the festive atmosphere.

Molise also offers great cuisine. Like many regions of Italy, Molise is especially proud of its olive oil that serves as a primary ingredient in most recipes. Its best-known wine is the Tintilia, a strong but balanced red that goes well with meat sauces and grilled meat dishes. Molise makes a wide selection of cheeses, such as the pear-shaped caciocavallo and scamorza (eaten cold or grilled), the pecorino (sheep milk cheese) from Capracotta, and the soft and creamy stracciata. Molise also takes pride in its cured meats. These include the ventricina (pork seasoned with salt, wild fennel and pepper, and dried near a fireplace before being cured), and the liver sausage from Rionero Sannitico (made with pig liver, heart and lungs combined with salt, pepper, garlic, orange peel, and laurel, all dried next to a fireplace for 4-5 days before curing). Another hidden surprise that Molise offers are the truffles (both black and white) found in the center of the region. These delicacies are used to flavor all kinds of dishes—even desserts!

For the more adventurous tourist looking to experience a side of Italy that can’t be found in the big cities, Molise offers a wealth of options. The people are immensely friendly and the experience is sure to be a memorable one!

Elizabeth C. Robinson is Associate Professor of Classics at the University of Dallas Rome Program.