Apart from realizing that each of the three words in question (beggar, bugger, and bigot) needs an individual etymology, we should keep in mind that all of them arose as terms of abuse and sound somewhat alike. The Beguines, Beghards, and Albigensians have already been dealt with. Before going on, perhaps I should say that Johannes Laurentius Mosheim’s book De Beghardis et Beguinabus Commentarius, published by Weidmann in Leipzig, 1790, is still a most useful work to consult. The first chapter (a hundred pages) is devoted to the names Beguina, Beguinus, Begutta, and Beghardus. If I am not mistaken, this commentary, unlike his Ecclesiastic History…, has not been translated into any major European language and is available only in the original Latin. 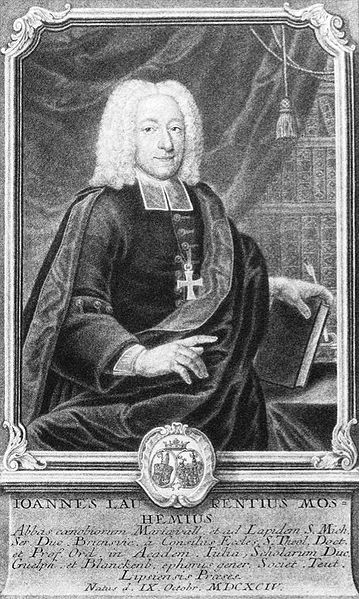 Mosheim listed the following hypothetical sources on the derivation of Beguine and the rest: bonus-garten “good cultivator;” St. Begga, the founder of a cloister; Lambert le Bègue (the stammerer), the founder of the order; the word beguin occurring in the old dictionaries by Cotgrave and Florio (“skullcap; a kind of coarse gray cloth poor religious men wore”); the Latin adjective benignum “benign” (neuter); the German verb beginnen “begin” (because the beguttæ were about to enter monastic life); the verbs began ~ biggan “worship”; the verb began “to beg,” either as members of the mendicant orders do or perhaps from their earnest prayer to God; and finally, bi Gott. Some of those hypotheses have circulated much later (the bi Gott tale proved to be especially popular) and have been discussed in my posts. Others are too naïve to deserve our attention today, and still others, by modern scholars, will also be known to the readers of this miniseries and of the essay “Nobody wants to be a bigot.” Those interested in the way from “earnest praying” to mocking names may look up the origin of Lollard.

The core of the problem is the similarity between the three words: bigot, beggar, and bugger. It can but need not be accidental. In the 2012 post, I made much of Maurice Grammont’s connection between bigot and Albigenses and wondered why such a good idea had escaped lexicographers. Since then I have run into several earlier passing references to this connection, which means that Grammont was not the first to trace bigot to the name of the religious order. Yet I have not seen this etymology in any dictionary. It won’t be too bold to suggest that bugger takes us to Bulgarian in its French guise (possibly confused with a homonymous swearword), bigot to Albigenses, and beggar to Beguine. The semantic root is the same, namely “heretic,” hence “pervert; scoundrel; scum,” with further specification to “fanatic” (bigot), “sodomite” (bugger), and “mendicant” (beggar). But, to repeat, it may not be fortuitous that all three words sound so much alike. The reason for the similarity seems to be the onomatopoeic complex b-g ~ b-k (the hyphen stands for any short vowel).

In various Romance Standard languages and especially dialects one finds words like bécqueter “to peck,” bégayer “to stammer” (a stammerer “pecks” at words, as it were, unable to pronounce them), bégauder “to vomit,” and Old French le gesier begaie “to split.” Part of the scene is dominated by the word for “goat” and nouns, verbs, and adjectives more or less clearly derived from it, including devices resembling the goat (either its frame or two horns). Such are bigue and bique “goat” (even the diminutive bigot “goat” and the adjective bigot “lame, limping” have been recorded); bigorna “bigot” and “lame”; bigorner “to squint.” More troublesome is Italian sbigottire “dismay, bewilder” (s-, as always, goes back to ex-) and French faire bigoter “irritate.”  One is reminded of the English idiom to get one’s goat. Did it surface as a bilingual joke among the French or less probably Italian Americans? The few current explanations of this phrase strike me as fanciful. Related to sbigottire are bigollone “simpleton, fool; idler” (contrary to common sense, domestic animals—goats, cows, and rams—often epitomize foolishness, at least in idioms) and, to prove the opposite, bigatto “cunning.”

Still another bigot means “mattock; hoe.” In its vicinity we find biga ~ viga “beam’ (along with Italian biga “chariot”) and a whole world of long, elongated, split in two, and cylindrical objects: bigot (masculine plural) “spaghetti,” bigolini “short hair,” bigo “worm,” bigolo “penis” (of course: is there any verbal sphere without “penis,” or membrum virile, as the well-behaved linguists of the past glossed it?), numerous words denoting “moustache,” and quite possibly French bigoudi “hair curler” (the descendant of curl papers). My sources have been Leo Spitzer, Gerhard Rolfs, and Francesca M. Dovetto, who cite dozens of such words.

Only the names for “goat” seem to be fully transparent from an etymological point of view. Goats are often called big-big and bik–bik, even though for bleating mek and its likes occur more often than b-words. Some paths from “goat” are more easily recoverable than others. But if we stay with the idea that big– attaches itself to “stupid animals,” fools, and idlers, we will realize that, once a derogatory term for “heretic” was coined, it received strong reinforcement from many sound symbolic or sound imitative formations with negative characteristics. In such words vowels vary frequently, so that big-, beg-, and bug– were always at speakers’ “beck and call.” It was easy to humiliate a person by calling him a beggar or a bugger, regardless of the precise sense implied. The inspiration came from France. Very soon the offensive names found a new home in the Dutch-speaking world and from there traveled to England.

The words for “beak” and “pecking” can also be traced to the sound imitative complexes discussed above, which should not surprise us. While dealing with onomatopoeia, one cannot apply the terms “related” and “homonymous.” The complex b-g ~ b-k is almost universal, and its range is impossible to predict. In the Germanic languages, it often refers to swelling, as in Engl. big, bag, and bug. Swollen things burst, make a lot of noise, and frighten people; hence bugaboo, bogey, and the rest. As we have seen, the b-g ~ b-k group is used widely in coining “goat words” and terms of abuse. I would add bicker, the theme of still another recent post, to the b-k list. Its immediate source seems to have been the German, originally perhaps Dutch, word bickel, a gambling term. It would be risky to say definitely what exactly bickel meant, because in the Middle Ages the same word often meant the board game and the die (a classic example is the Latin gloss alea “a die”). Rather probably, bickel is another coinage of French descent, but where exactly it belongs among so many b-g ~ b-k nouns would be hard to tell.

We will now let the curtain fall over the history of religious prejudice, bigotry, persecution, and gambling. It is customary to admire the world of medieval and early modern carnivals. Carnivals certainly existed as a supplement to cruelty and an unbridled gratification of animal instincts. To some very small extent, this world has been subdued, but the evil words we have inherited do not allow us to forget how people lived many centuries ago. There are few windows to the past like etymology.