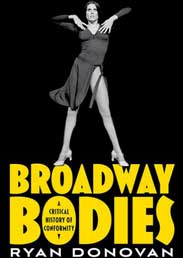 Sometimes the meeting of an actor and a role produces a rare kind of alchemy that forever bonds the two… and sometimes the opposite happens. The former occurred when twenty-one-year-old Barbra Streisand was cast as famed comedienne Fanny Brice in the 1964 musical Funny Girl. The latter happened when Beanie Feldstein was cast as Brice in the 2022 Broadway revival of Funny Girl, which rather auspiciously opened on Streisand’s 80th birthday. Critics in 1964—and in 2022—hailed Streisand as Brice; her performance was the stuff of legend in a way that few match. The headline of the Los Angeles Times review announced, “‘Funny Girl’ still belongs to Barbra Streisand.” These kinds of reviews that openly compare the original star to the star of a revival are their own sub-genre of theatrical criticism and typically occur when, like Streisand-as-Brice, the performer and role are indelibly associated like Jennifer Holliday as Effie White in Dreamgirls (1981) or Ethel Merman in Gypsy (1959). Feldstein was inevitably and unfavorably compared to the legend, which was both impossible to live up to and to avoid.

Initially, Feldstein’s casting was hailed by advocates and the media as a win for authentic, inclusive, and body-positive casting—she is Jewish and is fuller-figured than most women cast as romantic leads on Broadway—upon its announcement in August 2021. But from the start the press around Feldstein’s casting also raised the specter of another actor long rumored to covet the role: Lea Michele. The New York Times reported that Michele herself tweeted congratulation to Feldstein, writing “YOU are the greatest star!!” The same article contained a history of the troubled road traveled to revive Funny Girl on Broadway at all given the show’s structural problems and the long shadow of Streisand.

Feldstein’s reception in the role was ultimately mixed. It’s almost never a good sign when reviews of a revival open with paragraphs about the original star, or, as Adrian Horton’s review in The Guardian does, opens with this humdinger: “It must be difficult to cast Funny Girl.” Most critics found Feldstein’s acting winning and her singing wanting. What was a notable shift in criticism, given her historic casting and the pervasiveness of body shaming in the industry, was that critics faulted the size of her voice and not the size of her body in regards to her shortcomings in the role. Funny Girl is itself open about the appearance-based discrimination that runs rampant in entertainment, which remains as true of Brice’s time as it was in the 1960s when Streisand became a star as it is in 2022. One of the show’s first songs is titled “If a Girl Isn’t Pretty,” and it lists a litany of reasons a girl whose looks aren’t considered up to snuff should “forget the stage and try another route.”

Critics overall received the revival as a let-down and it only scored one all-important Tony Award nomination despite brisk box office business. Feldstein announced that she would be departing the production earlier than expected and that’s where the offstage drama reached a fever pitch as rumors about who would replace her became fodder for internet gossip. This was nothing new for Funny Girl, though.

And here’s where Broadway’s history repeats itself—with an ironic twist. Actor-singer Lainie Kazan made waves as understudy to Streisand in the original Broadway run of Funny Girl when she played a two-show day due to Streisand’s absence. The Times reported that “after her day in the spotlight . . . Ms. Kazan quit the show. Such was the publicity attending the musical that newspaper articles appeared when Ms. Streisand was thought to be ill and Ms. Kazan did not go on.” Kazan’s career seemed to be gaining momentum when she was cast in the Broadway-bound musical Seesaw in 1972.

As I detail in Chapter 3 of Broadway Bodies, Kazan was fired from the show before it came to New York because “the consensus of opinion was that she didn’t look like a dancer or move like a dancer. She was also some 40 pounds overweight.” Kazan, a big, brassy belter, was replaced by her friend, the thinner, somewhat smaller-voice Michele Lee. This offstage conflict foreshadowed the onstage conflict of a later size-inclusive musical, Dreamgirls (1981), which shared a director in Michael Bennett.

Feldstein’s casting as a plus-sized romantic interest in a musical comedy was so rare that there are very few antecedents: Jennifer Holliday in Dreamgirls, Marissa Jaret Winokur in Hairspray (2002), and Bonnie Milligan in Head Over Heels (2018). The odd and certainly coincidental irony that Feldstein was replaced by Lea Michele while Kazan was booted for Michele Lee shows how body shaming has and hasn’t changed in the intervening five decades. Michele and Lee both won raves, while Kazan and Feldstein started over. To add insult to injury, Michele—and not Feldstein—even got to record the revival’s cast album, cementing her place in the show’s history.

The history of appearance-based disqualification is not just history: it is ongoing. While it was a different and exciting choice for producers to cast Feldstein, casting Michele was a sharp correction to what Broadway musicals position as the norm: small body, big voice.

Ryan Donovan is Assistant Professor of Theater Studies at Duke University. He is author of Queer Approaches in Musical Theatre and co-editor of The Routledge Companion to Musical Theatre.