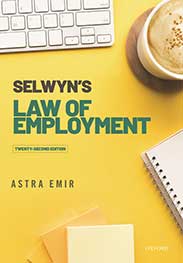 Do you have a legal right to work from home? Can you insist on working a four-day week for the same wage? What if your employer refuses? In this blog post, we look at what UK law says about your right to work flexibly and the reality of the situation facing many employers and employees.

With the lifting of the remaining coronavirus restrictions across the UK, there is now no requirement for those who can work from home to continue to do so. As we have seen, however, the past two years have shown many people that they can do their jobs just as well from home and have a better work-life balance. A YouGov survey conducted at the end of January found that 71% of people preferred to work from home and 58% felt more productive when they did so. While some employers have been flexible, a number, such as Goldman Sachs, have insisted on staff returning to the office and the daily commute. Are they within their rights to do so?

First of all, it should be noted that currently there is no legal right to work from home, or to be granted another type of flexible working—unless a person’s contract of employment says otherwise. The right is only one to make a request to work flexibly and have the employer consider that request “in a reasonable manner.” It is nothing more than that. The employer must, however, show that they have considered it reasonably—simply dismissing the request out of hand would not be legally acceptable.

The right to ask for a variation currently applies only to employees who have been employed for at least 26 weeks. They are allowed only to make one request in any 12-month period. The right does not just cover working from home, but also other changes to the contract, such as hours, times, and place of work.

The application has to be in writing, stating the change applied for and the date the employee wants this to take place. It must explain what effect, if any, the change will have on the employer’s business and how this effect may be dealt with.

The only obligation that an employer has is to consider the request in a reasonable manner. The employer can only refuse on one of eight grounds set out in the legislation. These are: the burden of additional costs; the detrimental effect on ability to meet customer demand; the inability to reorganise work among existing staff; the inability to recruit additional staff; the detrimental impact on quality; the detrimental impact on performance; the lack of work during the periods when the employee proposes to work; and planned structural changes to the organisation.

The employer has to make a decision and notify the employee within three months (or a longer period by agreement).

If the application is accepted, then the change will be permanent, and the employee would have to wait 12 months to make another one, unless the employer agrees otherwise.

If the employer refuses

If the application is refused, the employer may allow the employee to appeal internally, and this has to be heard within three months, unless an extension has been agreed between employer and employee.

If the request is not granted, the employee can bring a complaint to an employment tribunal within three months.

A tribunal cannot investigate the rights and wrongs of the refusal, it can only consider whether the employer has followed the procedure in a reasonable manner, or if the reason given for refusal was not one of the ones listed or was based on incorrect facts. If the tribunal finds that the complaint is well founded, it may make an order for the employer to reconsider the application and can award compensation to the employee of up to eight weeks’ capped pay. It cannot force the employer to grant the request.

An employee must not be treated detrimentally by the employer or dismissed just because they have made such an application. If they are, they can also complain about this to a tribunal within three months and obtain compensation for detriment or unfair dismissal (and unlike most unfair dismissal claims, they do not have to have been employed for two years to claim).

As an alternative to going to tribunal, the parties have the option of asking an arbitrator to deal with the case under the ACAS arbitration scheme. (Note that ACAS has also produced a guide to flexible working.)

Even before the pandemic, businesses were finding that flexible working arrangements enabled them to retain skilled staff and reduce their recruitment costs, to lessen absenteeism, and to react more readily to changing market conditions. Since then, market forces have heightened these considerations: another recent international survey found that up to 72% would leave if not satisfied with their company’s work location rules.

There is therefore strength in numbers. Many employers may find that if they do not accede to the requests, then they will lose valued staff, and it may end up not being a matter of law, but one of market forces. Indeed, looking ahead on how to retain staff, some employers are considering not just working from home but also a four-day week and reduced hours without reduction of salary, with a trial currently underway in the UK, and some countries, such as Belgium, are in the process of making this a legal right. Goldman Sachs may find that it becomes increasingly an outlier.

The law is looking increasingly outdated, although it may yet catch up. There is currently a government consultation considering making flexible working the default position, and whether to make it a “day one” right, so that someone does not need to have been an employee for 26 weeks before making such a request. As it stands, the law only gives someone a right to make a request, but commercial reality is on the side of employees, notwithstanding what the law says.

Please note that this an overview of the law and is not intended to be legal advice, and each case depends on its own specific facts.

Feature image by TheStandingDesk on Unsplash

Astra Emir is a practising barrister and the author of Selwyn's Law of Employment and co-author (with Stephen Taylor) of Employment Law: An Introduction, as well as other publications. She specialises in Employment, Transport, and Regulatory Law, among a number of other areas. She is also a visiting lecturer at City University and other institutions, and an examiner for various professional bodies.