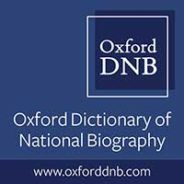 The Oxford Dictionary of National Biography (Oxford DNB) is the national record of men and women who have shaped British history and culture, worldwide, from the Romans to the 21st century. The Dictionary offers concise, up-to-date biographies written by named, specialist authors. It is overseen by academic editors at Oxford University, UK, and published by Oxford University Press. The Oxford DNB's General Editor is Professor Sir David Cannadine.

Each year during October the UK celebrates Black History month, an event which celebrates the achievements and contributions made to society by people of Black heritage and their communities and aims to educate all on the importance of Black history.

To observe this important event, we have curated a collection of Oxford Dictionary of National Biography articles exploring the lives of people of Black/African descent who had an impact on, or a connection to, the UK during their lifetime and the ways in which they made history.

Olaudah Equiano (renamed Gustavus Vassa—the name he used throughout most of his life) was an author and slavery abolitionist, and in the words of his own Interesting Narrative of the Life of Olaudah Equiano born “in a charming vale, named Essaka,” most likely in present-day Nigeria. Equiano’s autobiography remains a classic text of an African’s experiences in the era of Atlantic slavery.

Read more about Olaudah Equiano in the ODNB

Bill Richmond was born in to slavery on 5 August 1763 on Staten Island, New York, and later became a pugilist in Britain. Earl Percy Hugh (later the second duke of Northumberland), in 1777 took Richmond to England, where he sent him to school in Yorkshire and later apprenticed him to a cabinet-maker in York. However, his career soon took a different turn.

Read more about Bill Richmond in the ODNB

William and Ellen Craft were both born in to slavery in Georgia, and married about 1847. In December 1848 the two made a daring escape to the north. In November 1850 the couple travelled to England—England was the safest, most logical haven; it had harboured fugitive slaves from America for many years. The couples many public lectures undoubtedly did much to further the abolitionist cause in both Britain and America.

Read more about William Craft and Ellen Craft in the ODNB

Sarah Parker Remond, born in Salem, Massachusetts, was a slavery abolitionist and doctor. In January 1859, Sarah Remond arrived in Liverpool and almost immediately began her work as an anti-slavery lecturer. Starting in Liverpool she lectured in Warrington, Manchester, London, and Leeds before the outbreak of the American Civil War in 1861 took her life and lectures in a new direction.

Read more about Sarah Parker Remond in the ODNB

Samuel Coleridge-Taylor was and English composer and conductor. Having won a violin scholarship to the Royal College of Music for four years, he changed his mind and decided to study composition under Charles Villiers Stanford. Coleridge-Taylor was a man of gentle disposition and great personal dignity; his works enjoyed enormous popularity, and although his significance has come to be seen primarily as that of an icon of black success, his achievements as a composer of light orchestral and choral music were noteworthy.

Read more about Samuel Coleridge-Taylor in the ODNB

Rita Evelyn Cann, pianist and singer, was born on 24 January 1911 at Heathfield, Box Ridge Avenue, Beddington, Surrey. As one of the few visible black women in London society she was in demand as a singer and dancer for nightclubs and stage-shows, although neither was the true métier for an academically trained pianist and singer.

Read more about Rita Evelyn Cann in the ODNB

Beryl Agatha Gilroy, teacher and author, was born on 30 August 1924 at Springlands, Berbice, British Guiana. Gilroy is remembered as a prolific author, psychologist, and London’s first black head teacher. In 1976 she published the autobiographical Black Teacher about her first years of teaching in London. This was one of the most interesting accounts of West Indian experience in Britain in the 1950s and 1960s.

Read more about Beryl Agatha Gilroy in the ODNB

Samuel Beaver King was born at Priestmans River, Portland, Jamaica. King joined the Royal Air Force in 1944 and remained in the RAF until he was demobilized in 1947. In 1948 King returned to England as one of the passengers on the MV Empire Windrush. Known in Britain’s black community as “Mr Windrush”, in 1995 King, together with Arthur Torrington, set up the Windrush Foundation, a charitable organization dedicated to keeping alive the memories of Britain’s post-war Windrush generation.

Read more about Sam King in the ODNB

James Marsall “Jimi” Hendrix, rock musician and songwriter, was enlisted in the US army in May 1961. After leaving the army he toured as a backing musician for Little Richard, Ike and Tina Turner, the Isley brothers, Jackie Wilson, and Sam Cooke. Hendrix went on to be part of several bands: Jimmy James and the Blue Flames, the Jimi Hendrix Experience, the Band of Gypsies, and The Cry of Love. Hendrix made London his home, and his influence was lasting and profound, and can be detected in many modern rock genres, including heavy metal and rap.

Read more about Jimi Hendrix in the ODNB