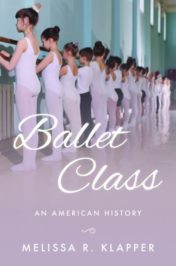 It has been nearly 50 years since Title IX of the Education Amendments was passed in 1972, prohibiting discrimination on the basis of sex by federally funded entities. Title IX proved critical in opening many fields of endeavor to girls and women and is perhaps most famous for its impact on sports. According to Women’s America: Refocusing the Past, before Title IX, women made up only 2% of college varsity athletes, and the scant women’s teams received less than 10% of most campus athletic budgets. There were no athletic scholarships for women at all. Title IX ushered in a new era of girls’ and women’s participation in athletics. Whereas in 1971 32,000 girls participated in intercollegiate sports, that number had risen to 203,600 by 2012. At high schools the shift was even more dramatic, from fewer than 300,000 girls participating in 1971 to more than three million by 2009. These expanded opportunities are certainly positive outcomes. But there were unanticipated consequences as well, and the feminist victory of Title IX affected a surprising corner of American culture: ballet class.

Title IX had two major effects on ballet class. The most immediate was a significant drop in enrollment among girls who now had a wider range of extracurricular options. As John Kalina of the Marie Shaw School of Dance explained in Dance Teacher several decades after Title IX passed, “Over time, with girls getting involved with sports, the competition has been really tough. A much smaller percentage of girls take dancing because of soccer and all the activities that school provides.” Girls never stopped taking ballet class altogether, but ballet became just one of many choices, as it always had been for their male peers.

The second effect of Title IX on ballet class followed the first. If girls wanted more competitive activities, then perhaps dance should respond accordingly. Adding trophies and prizes might renew the interest of dance students who had come to expect competition in all their activities. If, as dance teacher Tom Karaty told a Dance Magazine writer in 1996, “The tenor of America today, and of the kids, is very competitive, very competition-minded,” then perhaps organized competitions would increase dance class’s viability. Consequently, although enrollment lagged throughout the late 1970s and 1980s, recreational ballet restored the balance to some extent during the 1990s by establishing a new competitive ecosystem.

As a result of these changes, one of the fundamental decisions any parent makes when enrolling a child in dance class in the United States today is whether to choose a competition studio. Few industry figures exist, but a 2000 Dance Teacher survey found that 59% of dance teachers sent their students to competitions. The 2009 edition of The Dancer’s Survival Manual: Everything You Need to Know from the First Class to Career Change estimated as many as 16,000 American studios large and small participated in competitions. As these numbers suggest, today more dance studios than not are competition studios. Not all the students compete, but those who do require extra lessons, rehearsal time, and financial support. Greater parental commitment is also necessary to facilitate travel, just as for travel soccer and softball teams. Young dancers on the circuit spend hours every day learning choreography and rehearsing. The competitions motivate hard work and provide performance experience but can also be exhausting and stressful.

The most influential ballet competition for recreational dancers is the Youth America Grand Prix, established in the United States in 1999 by former Bolshoi Ballet dancers who believed that a competitive structure would elevate the status of ballet class. The competition was so successful that it now operates worldwide and has reached more than 100,000 ballet students through auditions, competitions, and workshops. Few other competitions in the United States focus solely on ballet as Youth America Grand Prix does, but virtually all competition studios insist that their students take ballet as critical training for all forms of dance.

While appreciating the role competitions have played in keeping ballet class relevant, many in the dance world express ambivalence about the whole idea of competition. Some ballet teachers think that artistic expression cannot—and should not—be scored, while teachers and parents alike object to the sexualization of young students who compete in flashy costumes. Others involved in dance competitions, as in all youth sports, dislike the heavy focus on self-esteem that leads to an insistence on all children winning something at every competition. Still, the children themselves often value competitive experience. As one twelve-year-old girl informed Dance Magazine in 1996, “I like performing, I like getting awards, and I like the achievement I feel.” Competitions allowed her to have those experiences through the traditional girls’ activity of ballet, not only through the new athletic activities opened up by Title IX.

Competitions have changed the experience of ballet class for millions of young American dancers. They are a good example of the unintended consequences of shifting ideas about gender for every corner of American society. Although competitions raise lingering questions about art and sport, there is no doubt that they have exerted an enormous influence on the long history of ballet class, a history that intersects in so many ways with broader social and cultural developments in America.

Melissa R. Klapper is a professor of history and director of women's and gender studies at Rowan University. She is the author of Ballet Class: An American History.

Have you heard of René Blum?