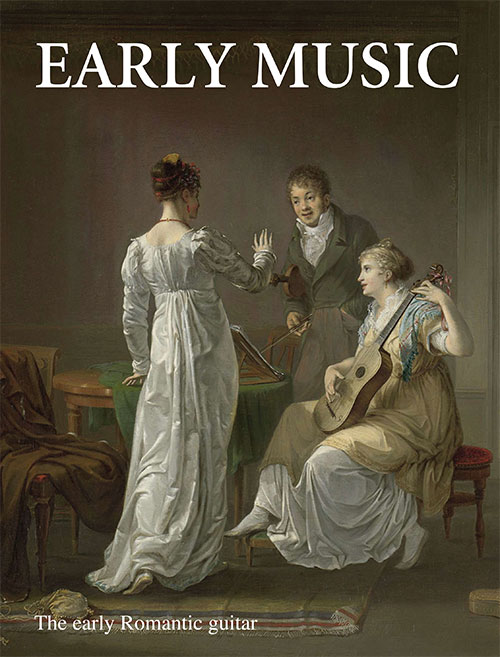 I am struck by the way the recent issue of Early Music devoted to the early romantic guitar provides a timely reminder of how little is known about even the recent history of what is today the most popular musical instrument in existence. With millions of devotees worldwide, the guitar eclipses the considerably more expensive piano and allows a beginner to achieve passable results much sooner than the violin. In England, the foundations for this ascendancy were laid in the age of the great Romantic poets. It was during the lifetimes of Keats, Shelley, Byron, and Coleridge, extending from 1772 to 1834, that the guitar rose from a relatively subsidiary position in Georgian musical life to a place of such fashionable eminence that it rivalled the pianoforte and harp as the chosen instrument of many amateur musicians.

What makes this rise so fascinating is that it was not just a musical matter; the vogue for the guitar in England after 1800 owed much to a new imaginative landscape for the guitar owing much to Romanticism. John Keats, in one of his letters, tellingly associates the guitar with popular novels and serialized romances that were shaped by the interests of a predominantly female readership and were romantic in several senses of the word with their stories of hyperbolized emotion in exotic settings. For Byron, a poet with a wider horizon than Keats, the guitar was a potent image of the Spanish temper as the English commonly imagined it during the Napoleonic wars and long after: passionate and yet melancholic, lyrical and yet bellicose in the defence of political liberty, it gave full play to the Romantic fascination with extremes of sentiment. For Shelley in his Poem “With a Guitar,” the gentle sound of the instrument distilled the voices of Nature who had given the materials of her wooded hillsides to make it, but it also evoked something beyond Nature: the enchantment of Prospero’s isle and a reverie reaching beyond the limitations of sense to “such stuff as dreams are made on.” As the compilers of the Giulianiad, England’s first niche magazine for guitarists, asked in 1833: “What instrument so completely allows us to live, for a time, in a world of our own imagination?” 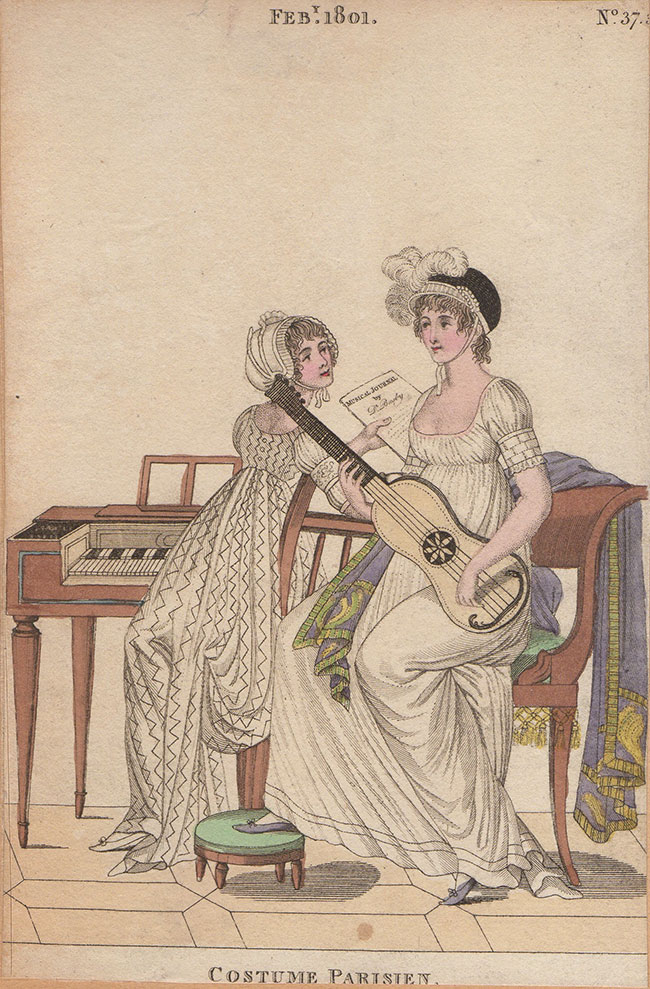 Given the wealth of material for a social history of the guitar in Regency England, and for its engagement with the romantic imagination, it is surprising that so little has been written about the instrument. It does say something about why England is widely regarded as the poor relation in the family of guitar-playing nations. The fortunes of the guitar in the early nineteenth century are commonly understood in a continental context established especially by contemporary developments in Italy, Spain, and France. To some extent, this is an understandable mistake, for Georgian England received rather more from the European mainland in the matter of guitar playing than she gave, but it is contrary to all indications. But we may discover, in the coming years, that the history of the guitar in England contains much that accords with that nation’s position as the most powerful country, and the most industrially advanced, of Western Europe at the close of the Napoleonic Wars.

There is so much material to consider: references to the guitar and guitarists in newspapers, advertisements, novels, short stories, poems and manuals of deportment, the majority of them published in the metropolis of London. The pictorial sources encompass a great many images of guitars and guitarists in a wealth of prints, mezzotints, lithographs, and paintings. The surviving music comprises a great many compositions for guitar, both in printed versions and in manuscript together with tutors that are themselves important social documents. Electronic resources, though fallible, permit a depth of coverage previously unattainable. Never have the words of John Thomson in the first issue of Early Music been more relevant: we set out on an intriguing journey.

Christopher Page is a long-standing contributor to Early Music. A Fellow of the British Academy, he is Professor of Medieval Music and Literature in the University of Cambridge and Gresham Professor of Music elect at Gresham College in London. In 1981 he founded the professional vocal ensemble Gothic voices, now with twenty-five CDs in the catalogue, from which he retired in 2000 to write his most recent book, The Christian West and its Singers: The first Thousand Years (Yale University Press, 2010).

Image: Courtesy of Christopher Page. Do not use without permission.