Don’t hold your breath: all three words, especially the second and the third, came in from the cold and will return there. Nor do we know whether anything connects them. Deuce is by far the oldest of the three. Our attestations of it go back to the middle of the seventeenth century; 1650 (assuming that it was approximately then that deuce came into existence) is too late for reconstructing an ancient native coinage. This point will be belabored below. Most probably, the word reached English from abroad. The sixteen-hundreds witnessed great wars, which meant not only a mountain of corpses and the triumph of wilderness but also the movement of great masses of population (an amalgamation of races, to use a phrase George Babington Macaulay liked). Mercenaries, adventurers, prostitutes, and the riffraff of all kinds (“ragtag and bobtail”) moved from country to country and made their slang and curses international (compare what is said in the post on Old Nick). Given the circumstances, it follows that deuce did not have to be taken over from French, the richest source of our borrowings: one can rather expect an infusion of vulgar colloquialisms from the north of Germany and the Netherlands. German has the exclamation ei der Daus, roughly equivalent to Engl. the deuce (he did); der is the article. The diphthong au in Daus corresponds to uu in Low (= northern) German. The form duus would become doos/deuce in English.

This derivation looks plausible, for the coincidence, down to the use of the definite article, is impressive. Skeat, at the beginning of his career as an etymologist, traced Engl. deuce to Latin deus “god” and with the self-confidence he lost in later years pooh-poohed all possible objections. Indeed, in imprecations the words for “God” and “Devil” are sometimes nearly interchangeable. Thus, the Italian curse Domine! and Engl. gosh!, Lor’ (the latter an alteration of God and Lord) do not become gentle or particularly sweet despite the absence of Devil in them. A profanity remains a profanity, however we may mask it. Yet Skeat did not do justice to the German word, for daus might perhaps be a “corruption” of deus, but duus could not. A lively exchange between Frank Chance and A. L. Mayhew, who attacked Skeat and each other, is a typical example of late nineteenth-century British journalism. Mayhew was especially trenchant, even vicious, and I have never been able to figure out his relations with Skeat. They heaped invective on each other in public (especially Mayhew did, but Skeat’s irascibility, too, has become proverbial) and ended up by co-authoring a book on the history of English sounds. Later, Skeat gave up his conjecture and agreed with opinion of the OED, about which see Part 2 next week.

As noticed long ago, the Venerable Bede, the great Old English historian of the Church (672 or 673 to 735), mentioned the demons called dusii. They were said to appear as male seducers to women and as female seducers to men. Bede’s source may have been Isidore of Seville (ca. 560-636), the author of the widely read book Etymologiae; he also mentioned “German” dusius. The Dutch philologist Franciscus Junius Jr. (1545-1632) repeated Isidore’s derivation, and nowadays Elmar Seebold, the leading German etymologist, does not find it improbable. The path from Gallo-Romance dusius to Duus/deuce would have been straight but for an almost fateful chronological hitch. The German word surfaced in the fifteenth century, two centuries before it made its entry on English soil, but no traces of it exist between the days of Isidore (and Bede) and the late Middle Ages. To be sure, such words may have been avoided by the authors of early works. However, the gap of almost 800 years in attestation almost invalidates dusius as the etymon of duus.

There has also been no lack of attempts to derive duus and deuce, through a sting of phonetic changes, from Latin diabolus “devil.” Considering how ingeniously the words of “God” and “Devil” are mutilated by taboo, this hypothesis cannot be rejected out of hand. Yet if such were the origin of the words in question, they should probably have come to German and English from some northern French dialect. Various contracted forms of diabolus have been cited, but from the south of France, and even there the match is not too good. Hensleigh Wedgwood, the best-known etymologist before the time Skeat made all his predecessors obsolete (which is not the same as irrelevant), insisted on the derivation of deuce from the Scandinavian word for “giant; hobgoblin, monster” (tuss, tusse, tosse, with ss from rs; Old Icelandic þurs, that is, thurs). But this idea is hard to defend because contrary to tuss, the vowel is long in duus and deuce, and because Engl. deuce is a likely borrowing of German duus (Scandinavian influence in Germany can be dismissed as improbable). Wedgwood, it seems, found no supporters.

For curiosity’s sake I may mention the suggestion that deuce owes its origin to the name of the Roman general Claudius Drusus. The name became so dreaded among the “Teutons” that its very sound filled them with horror. This source of the word for “devil” might perhaps impress a Dutch speaker, for Dutch droes, rhyming with Engl. deuce but having a shorter vowel, means “Devil.” Still we would like to know what happened to r after d. In Dutch, droes has been known since Cornelis Kiliaan, a distinguished lexicographer, recorded it, but the first edition of his dictionary appeared only in 1599, while Claudius Drusus died at the beginning of the Common Era. According to the Drusus-droes etymology, droes, like Gallo-Romance dusius, must have led an underground existence for many centuries before it surfaced in a modern language. 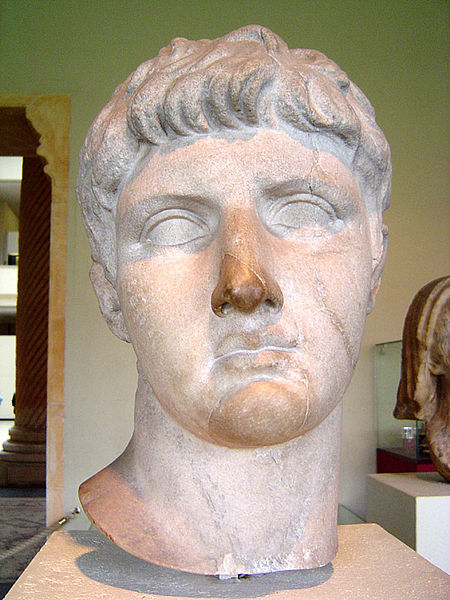 Caution requires that we stay away from both ancient words in our search for the origin of deuce and droes, but we need not ignore the fact that between the fifteenth and the seventeenth century similar sounding names of the devil emerged in German, Dutch, and English. We may be dealing with loosely related slangy formations. Migratory slang is a serious problem. Latin muger meant “a cheat at dice.” It resembles Modern French mouche “spy,” Engl. mooch, the root of Engl. s-mugg-le, and the verb to mug (all the words sound alike and refer to underhand or criminal activities). If they are “loosely related,” as dictionaries like to say in such cases, we get an example of slang traveling from land to land for millennia. In endless peregrinations an inserted r (duus versus droes) becomes a dispensable obstacle. Those are interesting fantasies.

At this stage, we will only agree that deuce and duus ~ daus seem to belong together. The rest should wait until next week, when dice and suggestive personal names return to haunt us. Let us hope that the etymological devil is not as black as he is painted. In the meantime, read the caption under the picture. It is a parody of a notice in a famous story. Try to guess what story is meant. If you succeed, leave a comment. If you don’t succeed, do the same.

An interdisciplinary view of cows and bulls. Part 1: cow