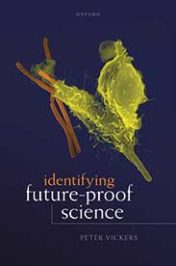 When do we have a scientific fact? Scientists, policymakers, and laypersons could all use an answer to this question. But despite its obvious importance, humanity lacks a good answer. The renowned biologist Ernst Mayr was one scientist—probably one of many—frustrated by the fact that philosophers of science haven’t developed an account of the transition from theory to fact*. And recently an IPCC Special Report author explicitly asked, “Where is the boundary between ‘established fact’ and ‘very high confidence’?”. The truth is, nobody really knows.

And it matters. We want governments to base policies on scientific facts, insofar as that is possible. And the IPCC Report writer needs to know whether they are allowed to simply state something, or if they need to include a clause in brackets at the end of their statement: “(very high confidence)”. Moreover, in a world where we have no account of “scientific facts,” it is no wonder we encounter so much scepticism regarding even the most secure scientific claims.

The lack of an account is surprising, and needs explaining. Why haven’t science scholars devoted time to this issue? Within professional philosophy of science, one reason is the continuing influence of Thomas Kuhn and Karl Popper. These are possibly the two biggest names in twentieth-century philosophy of science. But neither Kuhnian nor Popperian philosophies allow room for “scientific facts.” On the Kuhnian picture, we are always interpreting reality from inside a particular “paradigm.” One might speak of facts within a paradigm, but these facts are “soft”—following a scientific revolution a new paradigm will emerge, with different facts. And whilst Popper disagreed with Kuhn about many things, his philosophy also denied that science can ever deliver truth; for Popper, even the most solid scientific claims could be falsified at any moment.

“In a world where we have no account of ‘scientific facts,’ it is no wonder we encounter so much scepticism regarding even the most secure scientific claims.”

If the two most famous philosophers of science of the twentieth century ruled out “scientific facts,” perhaps we should take that very seriously. And it has been taken seriously: for several decades, philosophy departments around the world have taught their undergraduates Kuhn and Popper, and generally have not taught the idea that there are genuine “future-proof” scientific facts. Indeed, it has been more fashionable to teach the virtues of epistemic humility. We all know that humility is a virtue. That would apparently make a belief in future-proof scientific facts a vice, tantamount to arrogance or hubris. Certainly some would consider it unprofessional, for example because it reflects a “shocking ignorance of the history of science,” a history where scientific ideas have so often been overturned by shifts in thinking, and even grand large-scale revolutions.

This story ends with an extraordinary clash of perspectives. In 2015, a doctoral student at the LSE—educated in the classic tradition of philosophy of science—surveyed geologists. He asked them, “Because we cannot directly observe entities and processes in the geological past, some philosophers of science contend that they cannot be said to exist in reality. Do you think they are correct?” Now, professional geologists know—without any doubt—that the Earth has experienced past ice ages. Some geologists dedicate their entire career to specialising in the details of a particular ice age, such as the Late Paleozoic Ice Age. Imagine, then, how such a geologist would react to the idea that many philosophers of science muse that such ice ages probably didn’t exist and are just “nice ideas” that are currently popular amongst scientists who have been indoctrinated into a particular paradigm. Indeed, the doctoral student behind the survey reports, “Some were affronted by the suggestion that what they were studying might not be real in some way.”

The truth is, there are many established scientific facts, and scientists know this well. The claim that dinosaurs roamed the Earth many millions of years ago is one such example. This was already beyond reasonable doubt 100 years ago; today, in 2022, it is far beyond reasonable doubt. It is only uncertain in the tedious, academic sense that one can doubt almost anything if one tries hard enough. And there are many such examples: scientific ideas that were once hypotheses, and gradually transitioned—as a result of scientific labour—to become far beyond reasonable doubt. The fact that the Sun is a star, continental drift, and the high-school textbook account of human respiration, are three very obvious examples.

Since there are examples of facts, it is high time we developed a serious theory, a set of criteria that are sufficient for a scientific claim to count as an established scientific fact. The story is a long one, but for now let’s skip to the end: future-proof, established scientific facts can be identified via a solid (>95%) international scientific consensus, born of scientific labour, in a community that is large and diverse. In the entire history of science, no claim meeting these criteria has ever been overturned, despite enormous opportunity for that to happen (if it were ever going to happen). Or so I argue in Identifying Future-Proof Science.

*With thanks to Paul Hoyningen-Huene for directing me to this.

Peter Vickers is Professor of Philosophy and Co-Director of the Centre for Humanities Engaging Science and Society (CHESS) at the University of Durham, UK.

His research interests include philosophy of astrobiology, social epistemology, and the relationships between evidence, facts, and truth. Vickers's first book, Understanding Inconsistent Science, was published by Oxford University Press in 2013.