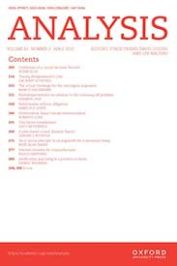 “Affirmative action? That’s just reverse racism!” We’ve all heard claims like this; the term “reverse racism” used to attack some progressive project. If you’re anything like me, something about it strikes you as fundamentally misguided. You might wonder: “Reverse racism? Is that even a thing?” You wouldn’t be alone. Some even view the concept as little more than a white-supremacist construct. People suspicious of the term often adopt one-way definitions of racism. These are thought to delegitimise the concept “reverse racism.” But do they really?

“Reverse racism” is typically used to talk about anti-white bias, but defining it properly depends on our definition of “racism.” Defining “racism” is a tricky business, with many rival views floating around in the literature. Some scholars define it in terms of irrational beliefs about race. Others, as immoral racial disrespect. Others still, as essentially synonymous with white-supremacy.

Definitions divide into one-way and two-way accounts. On one-way accounts, racism has an inherent direction, perhaps white-to-non-white or privileged-to-oppressed. Racial biases that go in the other direction don’t count as racism. We can think of one-way racism as having two sets of features: “general racism” features, e.g. irrational racial prejudice, and “directional” features, such as power dynamics. Two-way accounts have only general features, not directional ones.

On one-way accounts, proper racism has general features and directional features. Let’s assume that at least some of what makes proper racism bad comes from the former. This creates an opening in conceptual space for a term to refer to all the things that share the “general racism” features but differ in the directional features. It leaves an open door for someone to take this set of things and refer to them as “reverse racism.”

So, not only do these one-way accounts fail to delegitimise the term, they actively make it legitimate. Compare this to two-way accounts. On these, “reverse-racism” really would be an incoherent concept; there’s no inherent direction to racism that can be reversed.

Even though one-way accounts fail to delegitimise “reverse racism” as a concept, one might still think they will delegitimise the move of using it to attack things like affirmative action. At the very least, these accounts can say that something important to so called “proper racism” is lacking in reverse racism.

Of course, this doesn’t delegitimise the move so much as slightly reduce its effectiveness. People who refer to “reverse racism” may happily agree that reverse racism is less significant than proper racism. Nevertheless, they’ll point out, both are bad things! It also isn’t clear on one-way accounts just how much less significant “reverse racism” would be than proper racism of some similar variety. For example, violence motivated by racial-hatred seems pretty serious regardless of the race of the participants!

Two-way accounts, I argue, are better for delegitimising the more contentious appeals to “reverse racism.” As I’ve highlighted, they properly delegitimise the concept by making it incoherent. However, they can also delegitimise the way it’s used to attack progressive projects. First, two-way accounts are just as able as one-way accounts to say that racism absent some directional feature is less significant. Second, two-way accounts typically have other features that would prevent many progressive measures from being racist. They don’t regard just any differential racial treatment as racist. Definitions that identify racism with immoral racial prejudice can say that affirmative action (etc.) lacks the immorality required for racism. Definitions that identify racism with irrationality can deny that these progressive projects are irrational.

These kinds of restrictions are less easily undermined. One-way requirements restricted the definition of racism in a way that left a coherent and significant concept available to use and abuse. To pull a “reverse racism” with the restrictions in two-way accounts, one would have to use a concept like “non-immoral racism” or “non-irrational” racism. But notice how weak a line of attack this is. “Down with affirmative action! It’s like racism, just not immoral!” would be a difficult chant to get going at even the most determined rally.

Jordan Scott is a graduate student in philosophy at Rutgers University. His research interests lie in epistemology and the philosophy of race, particularly in the relationship between racism and irrationality.

His article "Does racism equal prejudice plus power?" was recently published in Analysis.