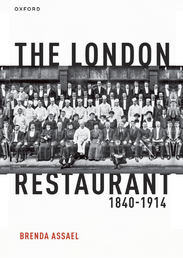 The last two years have proved the restaurant business is nothing if not adaptable. In my residential London neighbourhood, a popular Indian restaurant quickly moved to take-away meals once the first wave of the pandemic hit, a pattern many other businesses followed in a fight for survival. Theirs is a small-scale, family operation; factors that helped them weather the storm, especially once the pattern of work and schooling became home-based. Reopening was initially arms-length, socially distanced dining in whatever outdoor space could be provisioned, accompanied, in the case of my local pizzeria, by air-kisses and fist bumps from Salvatore, the head waiter there. Two years on, the pizzeria is flourishing again. However, across the street, another restaurant never reopened, and remains a forlorn spectacle of stacked dining room chairs and a single faded menu displayed on a grubby window facing the high street. Such contrasting fortunes were repeated across London, and indeed the rest of the country.

The crisis created by COVID-19—coinciding as it did with the dislocation caused by Brexit—dramatized in extreme form the volatility that is ubiquitous in the restaurant sector. This is as true of the historical past as it is of the present.

In Victorian London, when the restaurant in its modern form evolved, public eating was always a precarious enterprise. When Steffano Gatti, owner of a chain of refreshment rooms, died in 1906, he left an impressive estate of around £220,000, while Edwin Levy of the J. Lyons and Co. chain had an estate valued at £260,000 on his death in 1895. By contrast, restaurants were a regular presence on the auction block. Size, longevity, and capitalisation were no guarantees against restaurant closure. Lucas’s Luncheon and Dining Salon in Westminster closed in 1890 after Mr Lucas occupied the premises for 30 years. The Daily, which opened in the City in 1877, was already on the auction block a year later. The elaborate fitting and redecoration of the Tivoli on the Strand in 1888 was insufficient to see off its demise three years later. As is the case today, a major cause of restaurant closure was the expiry of leases and rising rents, but establishments also fell afoul of changing tastes, and the attention of health and hygiene inspectors.

As in the present, Victorian restaurant proprietors negotiated this dizzying culture of risk and reward by constant emphasis on adaptation and innovation. While some modest dining establishments seemed to have dodged the vicissitudes of the market, rarely changing either their fare or furniture, the dominant trend was to remain contemporary and, where applicable, modish. The range of initiatives taken to attract and retain customers by Victorian restaurant owners and managers was remarkable and bears comparison to the ways in which restaurants today align themselves with shifts in popular culture and exploit the novel opportunities of the digital age.

Technological innovations in the Victorian restaurant included the increased use of refrigerators in kitchens and electric lighting in dining rooms. The current fad for allowing diners to order and pay for their meal using an electronic tablet or mobile phone might be seen as little more than another stage in a practice that began with the widespread deployment of the cash register in the last years of Victoria’s reign. The cash register was imported from the United States, not only to expedite payment by customers, but to allow proprietors to uncover fraud among their employees.

The appliance that most fully registered the intersection of the expanding restaurant sector with modernity was obviously the telephone, which not only facilitated easier contact with suppliers, but also allowed customers to book tables. Nathaniel Newnham-Davis, usually identified as the first modern restaurant reviewer, used the telephone to make a booking at the Savoy, even if he felt it necessary to immediately take a cab there to ensure that both the table and the menu would be satisfactory when he returned later that evening with a female companion. As the cash register and the resort to electric kitchen appliances imply, innovation was as much about reducing overheads as it was about satisfying the comfort and convenience of customers. Restaurant proprietors rose to the challenge of the rising cost of provisions, especially meat. The restaurant behemoth Spiers and Pond offered the most dramatic response to this problem by setting up its own slaughterhouses in Deptford and Islington.

The “celebrated chef” in Victorian London

Applying the term “celebrity chef” to the nineteenth century is unhelpful, not to say anachronistic. The most rarefied professional cooks—such as Antonin de Carême, Alexis Soyer, and Auguste Escoffier—were more likely to be found at state banquets, royal palaces and aristocratic townhouses than they were in restaurants. However, we should acknowledge the significance of what was termed in the 1890s the “celebrated chef.” Men such as Louis Peyre, who migrated from the grand hotels of Paris and the Riviera to London, restored the degraded reputation of the Charing Cross Hotel by modernising its cuisine. Diners at the Circus restaurant in Oxford Street were undoubtedly attracted by the presence of head chef Gabriele Maccario, an esteemed figure in the world of Italian cookery.

The presence of foreign chefs underlines the fact that London’s restaurant cuisine was remarkably polyglot, and it would be wrong-headed to assume that the dynamism and heterogeneity of the capital’s restaurant culture is a novel product of post-WWII immigration and early twenty-first-century globalization. If London’s inhabitants were offered meals with an international hybrid inflection, conversely restaurants were no less alert than they are today to the rewards of attracting visitors from abroad. Restaurants advertised in published guides to London, newspapers (in a variety of languages), and on handbills available at major hotels.

More generally, restaurants with name recognition, such as the Trocadero or the Holborn restaurant, embraced what was already being termed in the 1880s the “science of advertising,” publishing their own in-house illustrated souvenir booklets. Novel advertising initiatives included projecting lantern slides onto adjacent buildings or displays of live turtles in restaurant windows (to be made into turtle soup later).

Unprecedented challenges in the restaurant sector?

The restaurant sector remains a highly volatile element within the service economy, characterised by an often-breathless cycle of opening, expansion, contraction, and closure. However, it clearly wasn’t that much different in the past. The magnitude of the challenges posed by COVID-19 and Brexit might seem unique. In fact, the restaurant sector confronted a no less seismic event in 1914 when the outbreak of the First World War not only disrupted patterns of supply and consumption, but more specifically led to an exodus of foreign-born staff and management (specifically, from the Continent), who had been such a vital component of London’s dining culture in the late Victorian period.

We need to be wary of those who overstate the novelty of the times in which we live. To take one final (but illustrative) example: the popularity in recent years of the food truck is undoubtedly a growing recognition of the street food cultures of the Americas, Asia, and Africa. During the COVID-19 pandemic, the food truck was a beneficiary of the requirements of social distancing and the narrowing of the gap between restaurant income and rents. However, we should not forget that the food truck is also the heir to the pie-man, coffee stall, and Italian ice cream sellers of nineteenth-century London.

Brenda Assael is Senior Fellow at the Institute of Historical Research, University of London. She was educated at Barnard College of Columbia University and the University of Toronto. She is the author of The Circus and Victorian Society (2005), and has published widely on the intersections between culture, society, commerce, and politics in nineteenth-century Britain.

LGBTQ+ Victorians in the archives