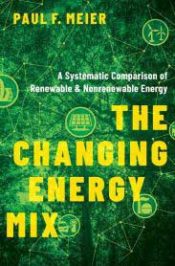 For years, solar energy has indirectly provided us with different sources of energy. The energy in fossil fuels originally comes from solar energy, trapped in the dead organisms such as algae, prehistoric plants and animals, and plankton that eventually transition to fuels. Also, bioethanol is produced from different crops, such as corn and sugar cane. Hydroelectric power would not be possible without solar energy to create rain and snow to grow rivers and wind energy relies on solar energy to heat the earth and create air movement.

What are the main solar energy technologies?

The direct use of solar energy to produce electricity on a utility scale is more recent and falls under two main categories, namely solar photovoltaic (solar PV) and concentrating solar power (CSP). Solar PV is the production of electricity from sunlight via the photovoltaic effect, which is both a physical and chemical phenomenon. When a photon particle from sunlight strikes a photovoltaic cell, some is absorbed by a semiconductor in the cell to create electron current and, hence, electricity. These semiconductors are chemical compounds with limited ability to conduct electrical current and are neither good insulators nor good conductors. CSP, also known as solar thermal, concentrates sunlight using mirrors and then uses this heat to produce steam. This steam, once made, will power a turbine to generate electricity. In this respect, CSP generates electricity in the same way as conventional technologies such as natural gas, coal, and nuclear power.

CSP technologies are divided into two groups, based on whether the solar collectors concentrate sunlight along a focal line or a single focal point. The most common technology used is a focal line technology called the parabolic trough. Here, parabolic mirrors concentrate sunlight and heat a fluid in a central receiver tube. After heating, this hot fluid is used to boil water to make steam and power the steam turbine, which in turn powers the generator to make electricity. An example of the single focal point technology is the solar tower, which uses a field of mirrors to focus sunlight onto a receiver mounted high on a central tower.  The mirrors in this field are computer-controlled to track the sun.

The growth of solar energy technologies

Utility scale electricity generation using these technologies has grown rapidly. Before 2005, there was very little solar PV, only 0.5 GW in the US and about 5 GW worldwide. For reference, a 1 GW power plant will provide electricity to around 180,000 homes. By 2020, solar PV had grown to 710 GW worldwide, a growth of around 900% over the last 10 years. Likewise, in the US, solar PV has grown to 73.8 GW, a growth of 1,300% over the last 10 years. In contrast, CSP has not seen the same growth, and in 2020 there was only 6.4 GW installed worldwide with most in the US and Spain.

Unlike fossil fuels or nuclear power, where it is possible to assess proven reserves, the assessment of solar energy potential is more difficult. Worldwide potential can, however, be estimated using a broad mathematical approach:

Taking into account the surface area of the earth and recognizing that the average solar flux striking the atmosphere of the earth is 342.5 W/m2 (watts/meter2), about 175,000 TW (terawatt = 1012 watt) reach the surface of the earth. Since 30% is reflected back to space and 19% is absorbed by the atmosphere and clouds, this leaves 89,300 TW reaching the earth to be absorbed by land and oceans. Ignoring the 71% of the earth that is ocean and the 3.5% of land that are in frigid zones as areas impractical for solar development, a potential of 2,500 TW can be calculated by assuming a solar PV cell efficiency of 10%. Solar panel efficiency is the percent of incoming sunlight that is converted to electricity, a value typically ranging from 10 to 15%. Assuming a capacity factor of only 10%, the 2,500 TW would generate 2,190,000 TWh in one year. As the world consumed 22,015 TWh in 2017, this means world energy consumption was only 1% of the potential electricity generation from solar energy!

The capacity factor is the fraction of electricity production compared to the maximum possible output, and this factor will vary based on latitude, the time of year, and cloud cover. While it is impractical to have solar panels dotting virtually every available surface of the earth, it does show the awesome potential of solar energy as a renewable energy to meet our needs for generations to come.

Electric vehicles: a shift in the resource landscape for the transportation market