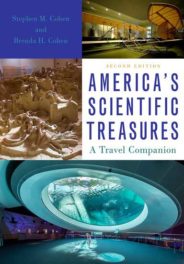 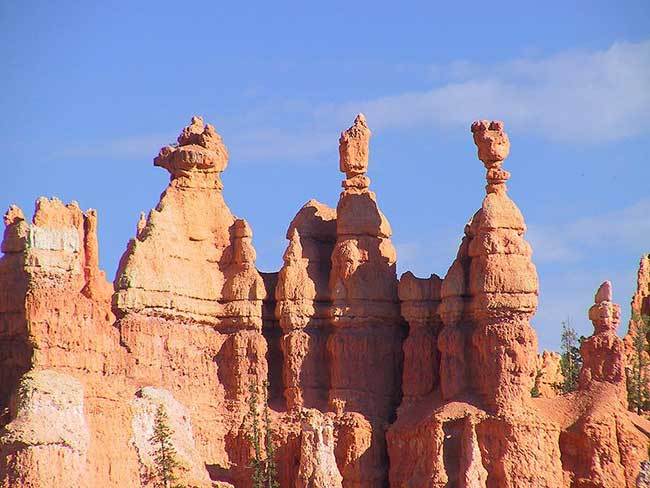 Bryce Canyon is best known for its hoodoos, or red rock spires, formed by erosion from rain and ice of the remaining limestone cliffs. The orange and red coloration originates in iron oxides, and the purples and lavenders are from manganese minerals. This park contains three biomes: Upper Sonoran, inhabited by piñon pine and juniper trees; a Transition Zone with ponderosa pine; and a Canadian Zone containing fir, spruce, and aspen trees. The area was named for the Mormon pioneer Ebenezer Bryce, who commented that it is “a hell of a place to lose a cow!”