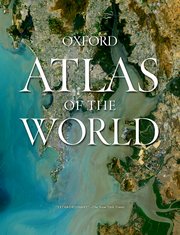 2019 has been a year of significant events – from political unrest to climate disasters worldwide. Some of the most scrutinized events of the past year are tied inextricably to the places where they occurred – political uprisings driven by the residents of a city with an uneasy history, or multiple deaths caused by the very location in which they happened. Listed below are eight places that caught the eyes of the world this year. But only one can be our 2019 Place of the Year. Explore each, vote for your pick, and keep an eye out for our shortlist to vote for the winner!

Mt. Everest
Our planet’s tallest peak made headlines this summer for having an especially deadly climbing season. Eleven people have died this year, many due to overcrowding by inexperienced climbers on the dangerous path. Nepal’s government drew criticism for issuing a record 381 permits, a symptom of what some call too-lax requirements for climbers. In response, Nepali officials proposed new safety rules, including requiring climbers to prove that they have more than three years’ experience with high-altitude expeditions and have scaled another major peak.

Hong Kong
In early 2019, the Hong Kong government proposed the Fugitive Offenders and Mutual Legal Assistance in Criminal Matters Legislation (Amendment) Bill, which sparked rallies beginning in March, eventually turning into mass protests in June 2019 that are still ongoing. Protestors laid out five key demands: complete withdrawal of the extradition bill from the legislative process, retraction of the “riot” characterization of protestors, release and exoneration of arrested protesters, establishment of an independent commission of inquiry into police conduct and use of force during the protests, and finally, the resignation of Chief Executive Carrie Lam and the implementation of universal suffrage for Legislative Council and Chief Executive elections. While the extradition bill has been withdrawn from the legislative process, large-scale demonstrations continue as protestors push for the rest of their demands.

New Zealand
On 15 March, a white supremacist terrorist attacked two mosques during Friday prayers, killing 51 people and injuring 49. This attack was the first mass shooting in New Zealand since 1997. One week after the attacks, 20,000 people gathered to pay their respects at one of the targeted mosques in a nationwide moment of silence and prayer. On 21 March, Prime Minister Jacinda Ardern announced a ban on military-style semi-automatic weapons, and the legislation was voted into place by the House of Representatives on 10 April.

Venezuela
Since 10 January 2019, there has been an international crisis regarding the presidency of Venezuela. Nicolas Maduro took the oath as president of Venezuela in January 2019; however, as of June 2019, Juan Guaidó’s presidency has been recognized by 54 separate countries. Additionally, Maudro’s relationship with the United States deteriorated when Maduro accused the United States of backing a coup and Guaidó’s presidency to make Venezuela a puppet state. Furthermore, governments of the United States, the European Union, Canada, Mexico, Panama, and Switzerland all applied individual sanctions against people associated with Maduro’s administration. Tensions remain high; on 3 November El Salvador ordered all Venezuelan diplomats to leave the country.

Greenland
In an unprecedented loss, Greenland had two large ice-melts, which culminated in a record-breaking loss of 58 billion tons of ice in one year—40 billion more tons than the average. In the political realm, U.S. President Donald Trump publicly implied that he would like to purchase Greenland from Denmark multiple times. Trump’s – and China’s – interest in Greenland revolves in part around new shipping lines which are becoming possible due to melting ice sheets.

Palace of Westminster
Brexit has been dragging on since 2016, but since July, the politics involved have become uncharacteristically chaotic. After her third Brexit proposal was voted down, Prime Minister Theresa May resigned on 7 June. Notoriously unconventional Boris Johnson was elected and promptly achieved a new record by facing seven consecutive defeats in his first seven votes in Parliament. In a bold, bipartisan act, some Conservatives joined the opposition to pass a law ensuring that Britain could not leave the European Union without a deal – an act which prompted Prime Minister Johnson to expel 21 members from the conservative party (the largest number to leave a party at once since 1981). After a brief (and unlawful) suspension of Parliament, Parliament agreed to a Withdrawal Agreement Bill for the first time… but denied a 31 October exit. The new Brexit deadline is 31 January 2020 – as long as the General Election, called by Johnson, and set to occur on 12 December this year, doesn’t drastically change Parliament – or Britain’s future – yet again.

Paris
Paris hasn’t left the public’s attention since March 2019, when the Yellow Vest Movement came into the international news after police arrested and fired tear gas at protestors. Less than a month later, a major fire engulfed the historic Notre Dame Cathedral, which resulted in the roof and main spire collapsing. Just after hosting the Women’s World Cup, Paris recorded the all-time hottest day on record. In October, at the Paris police headquarters, a policeman stabbed four of his colleagues to death and injured two others before being killed at the scene by police.

The Atmosphere
The summer of 2019 tied for hottest summer on record in the northern hemisphere, continuing the trend of extreme weather set by deadly cold winter temperatures, heavy snowfalls, and catastrophic mudslides and typhoons worldwide. Climate change claimed its first Icelandic glacier as a victim, where researchers marked the event with a memorial plaque. All of these climate events are driven by the carbon dioxide being poured into the oceans and Earth’s atmosphere by human activities. 2019 is projected to be the year with the highest carbon emissions of all time, and while the fact that the ozone hole is the smallest it’s been since its discovery might sound like good news, it’s actually being kept on the smaller side by the record heat in our atmosphere.

Voting for the longlist closes Friday 15 November – be sure to check back in on Wednesday 20 November to see which places made it to the top four and vote for the Place of the Year winner!