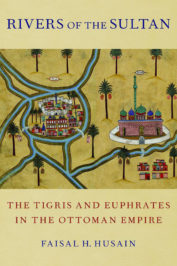 Rivers of Sultan: The Tigris and Euphrates in the Ottoman Empire

The reciprocal relationship between humanity and nature may define the future of our life on this planet, but it is also an inescapable force in our history. To discover how the natural world has impacted the course of history, explore these seven new titles on environmental history:

1. Rivers of the Sultan by Faisal H. Husain

The Tigris and Euphrates rivers run through the heart of the Middle East and merge in the area of Mesopotamia known as the “cradle of civilization.” In their long and volatile political history, the sixteenth century ushered in a rare era of stability and integration. A series of military campaigns between the Mediterranean Sea and the Persian Gulf brought the entirety of their flow under the institutional control of the Ottoman Empire, then at the peak of its power and wealth. Placing these world historic bodies of water at its center, Rivers of the Sultan reveals intimate bonds between state and society, metropole and periphery, and nature and culture in the early modern world.

2. West Germany and the Iron Curtain by Astrid M. Eckert

West Germany and the Iron Curtain takes a fresh look at the history of Cold War Germany, asking the question what happens to physical landscapes when political boundaries are drawn? At the heart of this deeply-researched book stands an environmental history of the Iron Curtain that explores transboundary pollution, landscape change, and a planned nuclear industrial site at Gorleben that was meant to bring jobs into the depressed border regions. 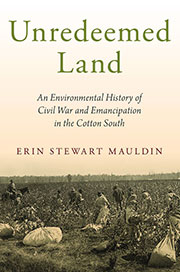 How did the American Civil War and the emancipation of four million slaves reconfigure the natural landscape and farming economy in the South? The award-winning author argues that ecological shifts precipitated by the Civil War, shaped the economic and agricultural choices of postwar southerners. Discover the environmental constraints that shaped the rural South’s transition to capitalism during the late nineteenth century.

How have imperial powers used the environment to support their political claims in the Antarctic Peninsula region? The environment has been at the heart of many disputes over sovereignty, placing the Antarctic Peninsula at a fascinating intersection between diplomatic history and environmental history. Frozen Empires, offers a new perspective on this debate highlighting how political prestige disguised as “science for the good of humanity” continues to influence international climate negotiations. 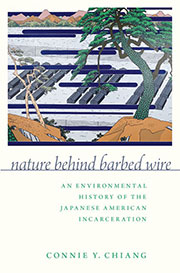 Using three camps as case studies—Manzanar in California, Topaz in Utah, and Minidoka in Idaho—Nature Behind Barbed Wire explores the intersection of environment and injustice.  Chiang illustrates how the very soil, wind, weather, and landscape were important factors in the daily lives of Japanese American internees and helped to shape their perceptions about themselves, their role in American society, and their place in American democracy.

How did the giant panda—a shy creature rarely seen in the wild, not hunted for meat, and all but missing from historical texts—come to serve as the political symbol for China’s international diplomacy and popular nationalism? Integrating local, national, and diplomatic history with animal studies, history of science, and environmental history, Panda Nation shows how the panda transformed into a national treasure. 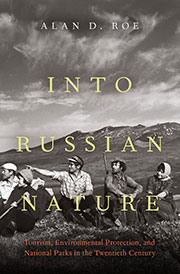 In the decades after World War II, the USSR experienced a profound tourism. During these years, Soviet scientists actively took part in environmental protection organizations and promoted parks for the USSR. In the first piece of historical work of its kind written by a scholar who also served as a tour guide in many of the parks studied, Into Russian Nature explores parks from European Russia to Siberia and the Far East, narrating efforts to protect Russia’s vast and unique physical landscapes, despite frustrations from the state.

This post was written by the OUP History team.