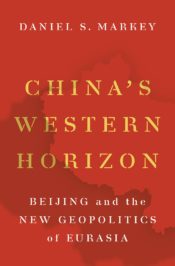 The depth of ties between China and Iran was revealed dramatically in late February 2020, when news broke that some of Tehran’s most senior officials had contracted the coronavirus. By early March, one of Iran’s vice presidents, the deputy health minister, and 23 members of parliament were reported ill. A member of the 45-person Expediency Council charged with advising Supreme Leader Ali Khamenei died, and even the head of Iran’s coronavirus task force is sick. After China and Italy, Iran has more confirmed deaths from the virus than any other nation.

Yet this episode is only the latest indication of intensified relations between China and Iran. Over the past two decades, their links have deepened along strategic, commercial, technological, and political dimensions.

Leaders in Tehran and Beijing often invoke their 2,000 years of peaceful civilizational ties. The two nations were undeniably connected by the famous caravan routes of the Silk Road in ancient times, but their strategic relationship really dates to the 1980s, when China opportunistically sold arms to both sides in the Iran-Iraq War. China’s military support to Iran has waxed and waned over the subsequent decades, but it is clear that critical advances in Iran’s missile programs owe much to Chinese technologies, and the US intelligence community remains convinced that Chinese networks continue to provide sensitive defense materials to Iran in spite of international sanctions. Over the past several years, Beijing and Tehran have expanded their military partnership to include a series of joint exercises and a military cooperation agreement signed in 2016. As China’s defense industry matures and overtakes Russia’s, Iran has every incentive to continue its investments in Chinese arms.

For Iran’s clerical regime, commercial ties to China have assumed near-existential importance over the past two decades. Iran’s oil sales to China rose from $2.5 billion in 2001 to more than $27 billion in 2014. Over that same period, Iran’s imports from China grew at a similar pace, and China increased to account for 50% of Iran’s total trade. When Iran was hit with Obama-era nuclear sanctions, China remained an economic lifeline through barter arrangements, financial workarounds like the China National Petroleum Corporation -affiliated Bank of Kunlun, and over $5 billion in infrastructure investments through the 2010s.

In the Trump era, Washington slapped Iran with unilateral sanctions that sent Europeans and other international investors scurrying. Yet China again sought ways to keep open its commercial ties with Iran. As evidence of these sanction-busting efforts, in September 2019 Washington leveled sanctions on subsidiaries of the giant Chinese shipping company, COSCO, for trafficking in Iranian oil. In January 2020, the Trump administration accused China of doing hundreds of millions of dollars in business with Iran’s national oil company over the prior year.

In sum, whereas Iran’s revolutionary founder, Ayatollah Khomeini, famously declared during the Cold War that his country should choose “neither East nor West,” today’s hardline leaders in Tehran perceive China as a necessary—even natural—partner in opposition to the United States. The ruling regime thus remains desperate for Beijing’s support.

That said, Tehran’s tight embrace of China comes with serious potential downsides. However essential Iran’s commercial and economic ties to China may be, they are also broadly unpopular. During the Obama-era sanctions, Iranians called Chinese barter trade a “junk for oil” scheme, believing that Chinese businesses were unfairly exploiting Iran’s plight.

In addition, Chinese investments in Iran play to the advantage of Iran’s entrenched establishment and prop up the most dysfunctional features of its economy, including the dominance of the Revolutionary Guard Corps and the well-connected religious foundations, or bonyads. Private companies—from textile manufacturers to walnut farmers—have suffered from Chinese competition. As a consequence, many of Iran’s pragmatists, reformists, and opposition figures tend to see China as a partner of necessity rather than choice.

As the Iranian regime has taken ever more repressive measures against its opponents, it has relied on Chinese tools to do so. During the “Green Revolution” of 2009, anti-regime protesters were heard chanting “Death to China,” believing that the regime’s anti-riot gear and surveillance technologies had been provided by Beijing. Today, the techniques and tools used by the regime to tighten its control over national cyberspace clearly bear the imprint of Chinese telecommunications companies, including Huawei and ZTE.

Facing further pressure from the United States, Iran’s leaders may have no choice but to make themselves even more dependent on Beijing, especially when it comes to commerce and tools of political repression. But such moves are also fraught with risk; they are not widely popular among Iranians, threaten the long-term health of the Iranian economy, and force Tehran into a vulnerable junior role in its strategic partnership with an increasingly powerful China.

For a regime that so jealously guards its national autonomy and independence, such outcomes may prove even more dangerous than the immediate threat posed by the coronavirus.

Daniel S. Markey is a senior research professor at Johns Hopkins University's School of Advanced International Studies (SAIS) and the academic director of the SAIS Global Policy Program. From 2007 to 2015 he was senior fellow for India, Pakistan, and South Asia at the Council on Foreign Relations.