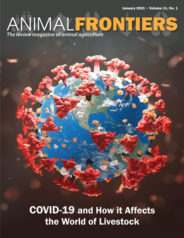 With the world’s attention set on the COVID-19 pandemic, concerns have been growing over the lack of concentrated efforts in preventing the current spread of swine fevers. Both Classical Swine Fever (CSF) and African Swine Fever (ASF) cause high mortality in pigs but are the result of two unrelated viruses and, if safe and efficacious prevention methods are not present, can cause significant socioeconomic impacts in endemic countries.

Large pork-producing countries such as China, Vietnam, Thailand, Japan, South Korea, and the Philippines still do not have control of CSF and see significant loss of swine as a result. Whilst these countries have produced and had access to affordable and safe vaccines, science and technology simply is not enough to prevent the disease. The partnership of stakeholders and the public, brought together by government, is an integral part of prevention and control.

ASF and CSF share similar clinical symptoms in swine, but are caused by two unrelated viruses. There are significant knowledge gaps on ASF and as a result there is not currently a commercial vaccine for the disease. Without the presence of a vaccine, it was soon realized that swine producers would need to improve biosafety and biosecurity measures to reduce the spread of the disease. ASF was eradicated in most parts of Europe in the 1990s, however, many countries across Asia are still experiencing outbreaks today.

How can the goal of having “safe and efficacious” prevention methods be achieved? A new study detailed in Animal Frontiers, a journal from the American Society of Animal Science,suggests that knowing your enemy (the disease and pathogen), through supporting innovative research, will contribute to the development and implementation of science-based governmental policies. These policies will be most effective if stakeholders in the swine industry are involved in the development, which in turn will support cooperation. Ultimately, due to the transboundary nature of the disease, the adoption of policies on a global scale, and their effective coordination between countries, will be key for the implementation of successful prevention methods.

Explore the infographic below to find out more. 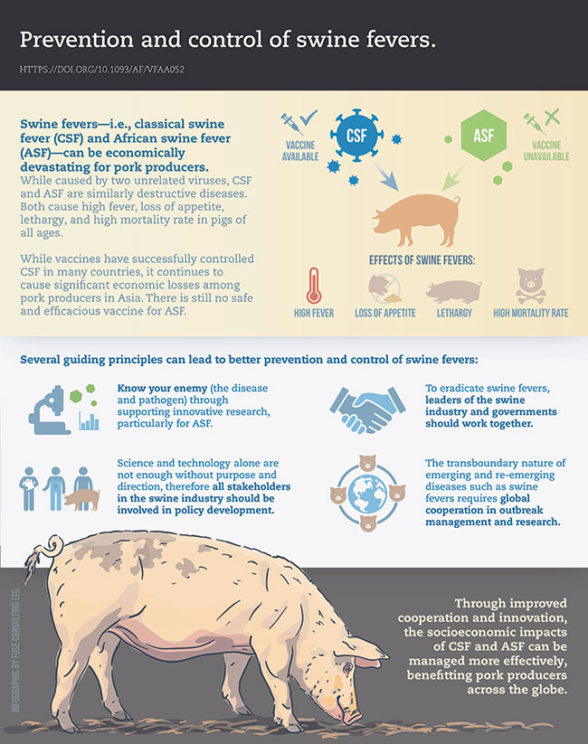 Take a further look into this topic with related articles from Animal Frontiers:

This blog post is an edited version of the article "Of pigs and men: the best-laid plans for prevention and control of swine fevers", written by Jishu Shi, Lihua Wang, David Scott McVey.

Laura Godfrey is a Marketing Assistant in the Campaign Enablement Team at Oxford University Press.

The impact of heat stress on beef cattle: how can shade help? [infographic]