When asked to name a philosopher, it is more than likely that many of the major thinkers that spring to mind will be male. Throughout history, men have dominated the philosophical canon, with women vastly underrepresented. However, we can in fact trace women engaging in philosophical discourse back to ancient times. There is a long and rich tradition of female thinkers who have made important contributions to philosophy, and whose works merit further recognition.

To celebrate International Women’s Day and Women’s History Month this month, we asked some of our authors to tell us about a female philosopher they admire, and why. Read their responses below for an illuminating and varied look at female thinkers and the contributions they have made to the field. 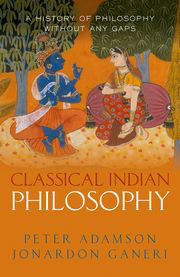 “Ancient philosophy is not known for female thinkers. Only a few names are apt to spring to mind here, such as Diotima, a possibly fictional character featured in Plato’s Symposium, or Hypatia, famously murdered by a Christian mob in late ancient Alexandria. But there are hidden figures to be found, like Macrina the Younger (d. 379 AD), sister of the Greek church father and philosopher Gregory of Nyssa. Gregory devoted two works to his sister after her death, in what has been called “the most spectacular representation of a woman saint as philosopher” in antiquity. I would encourage anyone with an interest in Platonism or Christianity and philosophy to read his dialogue On Soul and Resurrection, in which Macrina is cast in the role of a female, Christian Socrates, discoursing on immortality while she is literally on her death bed. Paired with his more hagiographic account in his Life of Macrina, it gives us a vivid sense of her piety and learning, and of the way that pagan philosophy was taken up and repurposed by late ancient Christian theologians.”
– Peter Adamson, Ludwig-Maximilians-Universität München, author of the A History of Philosophy Without any Gaps series. 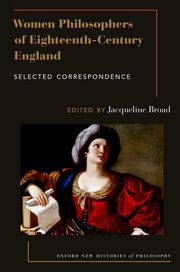 “The philosopher I most admire is Mary Astell. In real life, I imagine, she would have been truly terrifying—that’s what I like about her. In her writings, she was a heavyweight fighter on behalf of the female sex: pulling no punches, she entered the intellectual scene in seventeenth-century England with knockdown arguments against women’s supposed moral and intellectual incompetence. The women of her time needed this bravery: they needed someone in their corner who wasn’t afraid to call out the misogyny of their contemporaries. It’s a blessing that Astell had that terrifying edge—without it, the history of feminism would be very different.”
– Jacqueline Broad, Monash University, author of Women Philosophers of Eighteenth-Century England 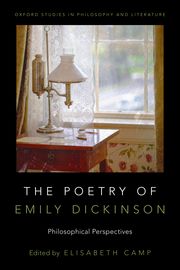 “Emily Dickinson, because of the way she ‘tells the truth but tells it Slant.’ Like ‘the Philosophers,’ as she calls them, she’s seized by big questions: the place of humans and the divine in nature; the communicability of private experience; the nature and attainability of knowledge. She disputes philosophers’ answers to these questions, using standard philosophical methods like thought experiments and extrapolation from observed evidence. But where philosophers seek settled answers, Dickinson insistently inhabits an excruciating state of ‘Wonder,’ of ‘not precisely Knowing / And not precisely Knowing not.’ She uses poetry to expand philosophy’s repertoire of argumentative strategies, to include sensory exemplification, cognitive habituation, and riddles. Perhaps most importantly, she treats knowing as something we must learn to do—a form of continual domestic labor, like sewing or cleaning. This emphasis on hard-earned knowing-how, brave in uncertainty and intertwining intellectual and practical concerns, feels like a contribution most likely to be made by a woman.”
– Elisabeth Camp, Rutgers University, author of The Poetry of Emily Dickinson: Philosophical Perspectives 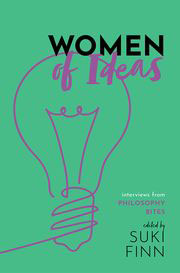 “I have had the honour of working alongside many inspiring women in philosophy, but the very first to inspire me was my undergraduate teacher, Carrie Jenkins. Incidentally, my career path follows hers: starting in logic, via the metaphysics of love, then into popular public writing, with music and art projects in the background. I admire Carrie’s confidence to put herself ‘out-there’, her creativity, and the ease with which she applies her technical skills so broadly. In a domain where women tend not to see themselves represented, it is a privilege to have Carrie as a role model leading the way.”
– Suki Finn, Royal Holloway, University of London, editor of Women of Ideas: Interviews from Philosophy Bites 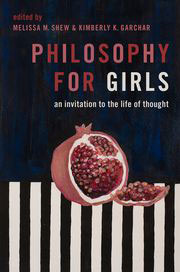 “Who would not be curious about a philosophical essay titled “The Devil Baby”? The essay doesn’t actually involve a devil but Jane Addams does tell a horror story of sorts; she recounts and reflects on the brutal lives of immigrant women as they struggle to survive in America. Addams was an American feminist philosopher working in the early 20th century who embodied the pragmatist conviction that theory cannot be separated from action. Addams introduced me to the idea that ethics requires both study and pursuit of the good life and continues to remind me of the same.”
– Kimberly K. Garchar, Kent State University, co-editor of Philosophy for Girls: An Invitation to a Life of Thought 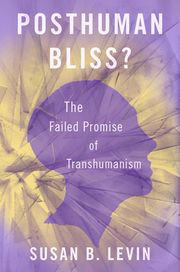 “A female philosopher I admire is Inmaculada de Melo-Martín, who brings her expertise in philosophy and molecular biology to bear in opposing the claim that genetic manipulation to augment non-disease characteristics of future children is morally required. She adeptly reveals misunderstandings of human biology that drive this advocacy. But even if our biology were exactly as those at the vanguard of this advocacy—all male!—proclaimed, it would not follow that we should proceed. Not only would implementation of a purported moral imperative to have progeny ‘with the best chance of the best life’ fall, with resounding, disproportionate heaviness, to women, but the opportunity costs would be staggering. The arguments of de Melo-Martín are cogent, elegant tapestries. Her writing eloquently unites unstinting frankness with compassion.”
– Susan B. Levin, Smith College, author of Posthuman Bliss? The Failed Promise of Transhumanism 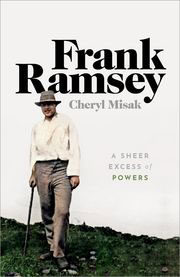 “One of the philosophers I most admire is Dorothy Emmet. She was head of the Manchester Philosophy Department for over 20 years, but seems very much a Cambridge philosopher. I had the pleasure of getting to know her in her Cambridge retirement home, where she cheerfully held court, despite being confined to bed and unable to see. One of my favourite lines in philosophy is from her 1994 The Role of the Unrealisable, published when she was 90. She said, getting exactly right the pragmatist account of experience: “There is a difference between being brute and stubborn and being bare and naked”.”
– Cheryl Misak, University of Toronto, author of Frank Ramsey: A Sheer Excess of Powers

“Like many, I have long admired Hannah Arendt for the ways that her thinking uncannily resonates in our age and how she is able to plumb the depths of the human condition and experience. Two years ago, though, I read her dissertation on Saint Augustine and love and really rediscovered Arendt. I see how her thinking is not only prescient but also breathtakingly timeless. She is not just of her moment and applicable to ours, but her ideas and insights echo always. Even her harshest critiques are deeply infused with love. I see that now and am better for it.”
– Melissa M. Shew, Marquette University, co-editor of Philosophy for Girls: An Invitation to a Life of Thought 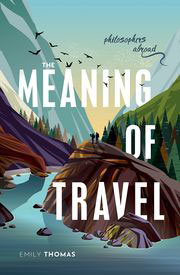 “May Sinclair (1863-1946) is best known as a writer. Her fiction sold so well that fellow novelist Ford Maddox Ford described American dinner parties involving ‘examinations’ on it; and she once went ‘motoring’ with President Theodore Roosevelt. However, Sinclair was also a philosopher. The early 1900s saw early analytic philosophers rejecting ‘idealism,’ the view that consciousness or experience comprises reality. Against such critics, Sinclair’s 1922 The New Idealism uses arguments about space and time to defend Absolute idealism. ‘The world,’ Sinclair writes, ‘arises in consciousness, through consciousness, and is of that stuff, with no independent existence apart from it.’”
– Emily Thomas, Durham University, author of The Meaning of Travel: Philosophers Abroad

Who are the female philosophers you admire and why? Share in the comments below!

The OUP Philosophy list boasts cutting-edge scholarship including monographs, handbooks, and textbooks—available both in print and digitally—as well as leading journals. For the latest news, resources, and insights from the Philosophy team, follow us on Twitter @OUPPhilosophy.