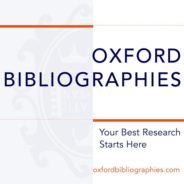 Jane Austen’s Emma Woodhouse tells her father, “Mr. Knightley loves to find fault with me, you know—in a joke—it is all a joke.” Mr. Knightley isn’t joking, as he and Emma know; he presents his criticisms without a hint of jocularity. But if Emma persuades Mr. Woodhouse to believe Mr. Knightley is joking, he “would not suspect such a circumstance as her not being thought perfect by everyone.” A little over 200 years after Emma was published, the comedian Roseanne Barr defended a racist tweet about Valerie Jarrett, President Obama’s former adviser, in a further tweet, “It’s a joke—”.

It’s probably not often that Austen and Barr belong in the same paragraph, yet despite the cultural differences between Regency England and 21st century America, both trade on a similar idea, that we don’t really mean what we say in jest, and thus we can say things jokingly that we should not say seriously. Both consider jokes to belong in a significantly different communicative category than statements or assertions. Emma’s thought is that if Mr. Woodhouse believes Mr. Knightley is joking, Mr. Woodhouse will think there is no truth to what he says; and Barr’s thought is that if she is joking, she does less—perhaps no—harm.

The idea that we can say things jokingly that we should not say seriously explains why people who would not stoop to a racist or sexist statement might make a racist and sexist joke, as the comedian Trevor Noah, born in South Africa under apartheid and himself of mixed race, did about Australian Aborigine women. It also explains why people often defend racist, sexist, and other derogatory comments as misguided attempts at humor. In addition to Barr’s non-apology, recall Don Imus’s initially half-hearted repentance for calling the members of a women’s basketball team “nappy-headed ho’s” during his radio show—it was “meant to be amusing.” Austen, Barr and Imus are right that jokes do not operate in the same way as assertions, but I believe that they, and many of us, are quite wrong about the communicative functions and effects of jokes.

Austin argued that for some kinds of speech the norms include what we might call a responsibility to the facts. An antiques appraiser should not appraise your antique table for $5 000 if she thinks it will fetch $500, or $500 000, at auction; a judge should not declare you guilty in a criminal court if it is apparent that you did not commit the crime. But not all speech is responsible to the facts. For example, telling a bedtime story is not responsible to the facts, nor is naming a dog you save from an animal shelter. It doesn’t matter if the events in the bedtime story never happened, or if the dog’s previous owner had given it another name.

Jane Austen sees that joking speech is not responsible to the facts. Thus it can be acceptable to express something you believe to be false in a joke.

Jane Austen sees that joking speech is not responsible to the facts. Thus it can be acceptable to express something you believe to be false in a joke. But seriously saying something you believe to be false is largely condemned. We call that lying, and it is permissible only in special circumstances, such as when assuring a new parent that his slightly squished newborn is beautiful. The main norm covering joking, however, is that the joke be funny. There are other norms covering jokes as well, of course—e.g., I shouldn’t joke on learning that you have been bereaved. But because jokes do not have a responsibility to the facts, it can be socially acceptable to say something jokingly that would be hurtful if said seriously; if Mr. Knightley’s criticisms are successfully passed off as a joke, Mr. Woodhouse will not be hurt.

Since jokes have no responsibility to the facts, people sometimes use jokes to express something that it would be unacceptable to express seriously. We can use humor to express a painful or uncomfortable truth, and indeed doing so is sometimes recommended for defusing tense conversations. But people can also exploit the disconnect between jokes and the facts to express pernicious untruths, such as harmful stereotypes about race and gender. This, arguably, is what Barr and Imus did. They expressed racist untruths; and when they were upbraided, they claimed they were using a kind of speech that is not responsible to the facts, pointing towards the conclusion that since they did not mean it seriously, they did not mean it all.

However, to joke about a racial stereotype may be worse than saying it outright. In one study, the social psychologist Thomas E. Ford asked subjects to read either sexist statements or sexist jokes, and then to evaluate a situation in which a young woman at work is patronized by her male supervisor. Those who had read sexist jokes were more tolerant of the supervisor’s sexism than those who had read sexist statements. The effect was limited to subjects who already had antagonistic attitudes and indignation towards women. But the fascinating thing, to my mind, is that in this study, jokes, but not statements, led people to express less savory aspects of their attitudes.

So what might a racist joke, like Barr’s comment, do? It might bring out the racist worst in some of us, instead of the enlightened, thoughtful, equality-oriented, best.  And if that is the case, then the fact that it was a joke does not alleviate the offence. Rather, it compounds the offence, making it more harmful rather than less.

Claire Horisk is a philosopher of language and an associate professor at the University of Missouri. She is writing a book about how derogatory jokes—such as racist and sexist jokes— communicate derogatory ideas.