What else is there to say about robin? Should I mention the fact that “two Robin Redbreasts built their nest within a hollow tree” and raised a family there? Those who grew up with Mother Goose know the touching story by heart. (Fewer and fewer students I teach have ever heard those poems and are amused when I quote them.) Incidentally, the fact that people coined the phrase robin redbreast shows how vague (“non-informative”) the word robin was. No one needs “a supplement” to woodpecker, swallow, or sparrow. But if rob– was a generic root that could denote anyone from a sheep to a seal, robin, even with a suffix, did need reinforcement.

Robin Goodfellow, mentioned and even illustrated last week, should not surprise us either, because the names of venomous creatures (spiders, among them) and monsters often have the same root or are even homonymous: compare bug, the verb to bug, and bugaboo. The existence of Robin Hood is dubious, to say the least, but the choice of the name (Robin) for a legendary character is typical. Also don’t forget Robin the Bobbin, who ate more meat than fourscore men, along with a church and a steeple, and all the good people, but complained that his stomach was not full. He may shed no light on my story, but here is another monster, and the root (rob-), whose existence I defended last week (January 16, 2019), is equally omnivorous. There also was Robbin-a-bobbin/ He bent his bow, / Shot at a pigeon/ And killed a crow.” The experience of many an etymologist is similar (see the title of the present post).

I will finish this cycle by saying a few words about the phrase round robin. In 1536, it was applied to a sacramental wafer and seems to have meant “a piece of bread; cookie; pancake.” Frank Chance, one the most insightful etymologists of the nineteenth century, suggested that robin is here a specific use of Robin, like Jack in flapjack “pancake.” As late as 1897, robin rolls were sold in Oxford. (Or are they still? I would be grateful for some information on this subject.) Perhaps a baker named Robin was the originator of some such dainty. In today’s Facebook, I found numerous women at Robin Roll; Robin Rolls is their next-door neighbor. I don’t know how many common personal names have given rise to the names of dishes and beverages, but charlotte and sandwich are two of them, and martini may be another. (I of course don’t mean the likes of beef stroganoff.)

Naturally, we are most interested in the origin of round robin “circular petition.” It seems that that usage originated in the British navy. In 1802, Charles James, the author of A New and Enlarged Military Dictionary…, explained the phrase as “a corruption of ruban rond.” Of course, he may have had predecessors. In any case, this derivation has been repeated in numerous sources; even the usually cautious Wikipedia cites it. Ruban rond figured in Webster until 1864. C. A. F. Mahn, the first reasonable editor of Noah Webster’s etymologies, left the phrase without any explanation. But in 1880, French rond + ruban reappeared there with perhaps, added to be on the safe side, and stayed there until the famous third edition (1961), when it was again expunged.

The first edition of the OED left round robin without any explanation (just cited the examples), The Oxford Dictionary of English Etymology stated that the reference to robin remains undiscovered, and the OED online only states that the phrase was probably coined by sailors.  Not a single thick dictionary of the last fifty years offers even a tentative etymology. Obviously, the French source should have been ruban rond, but Engl. robin round has never existed. To remedy the situation, some old dictionaries referred to the spurious French phrase rond ruban, a poisonous plant on the soil of English etymology, as James A. H. Murray might have put it (he was fond of such memorable expressions).

French ruban rond is a ghost word, and for that reason English could not have adapted it for its use. But even if it ever turns up in French texts, it will have to be understood as a borrowing from English sailors, refashioned after ruban rouge, ruban bleu (ribbons for orders), and the like. There was an attempt to connect robin in round robin with roband “short length of rope yarn or cord for lashing sails to yards,” formerly called robbin or robin. However, round roband, that is, “round ribbon,” has not been attested either.

I am aware of only one more conjecture about the history of round robin. Richard Stephen Charnock, a dialectologist and an active student of proper and place names, wrote countless notes on the etymology of English words, few of which have value. In 1889, Trübner and Co. brought out his book Nuces Etymologicae (that is, approximately “Keys to Etymology”). In the introduction, he promised to correct the mistakes of many of his contemporaries. Among other things, he suggested that round robin is “more probably from round ribbon.” This was a wild guess, and no one remembers it. 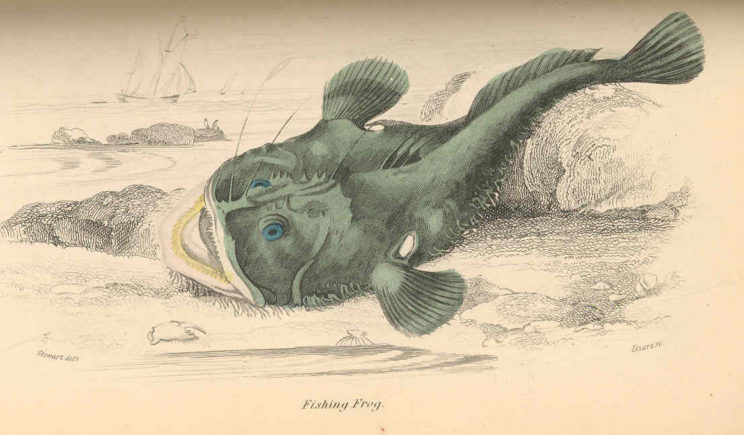 It does not seem likely that we’ll ever know who and under what circumstances coined the funny phrase round robin, but perhaps it is more reasonable not to separate round robin “circular petition” from round robin “pancake; cookie.” The technical sense (“hood” and the like; Robin Hood!) reinforces the idea that a round robin is simply a round object. Note the senses of round robin, as they appear in The Century Dictionary: “pancake; a kind of ruff, apparently the smaller ruff of the latter part of the sixteenth century; same a cigar fish; the angler Lophius piscatorius” (we are again in the animal kingdom), and then the document that interests us. The OED cites many more technical senses.

Perhaps the local meaning of round robin “pancake” was first applied to the document by natives of Devonshire. It has been pointed out that that county had been well represented in the navy.