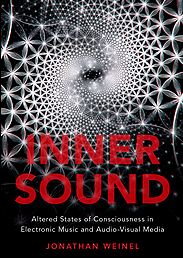 Paul Brown is best known for his work as an artist creating visual art that uses self-generating computational processes. Yet before Paul started creating art with computers, he worked with Nova Express, one of the main psychedelic light shows performing in Manchester and the North of England during the 1960s and early 1970s. Nova Express had been founded by artist Jim MacRitchie and they were later joined by Les Parker. They played with groups such as Pink Floyd, The Who, The Nice, Canned Heat, Barclay James Harvest, Edgar Broughton, and others. I met up with Paul at the British Computer Society in Covent Garden for a conversation about this earlier period of his career.

What separated Nova Express from other light shows in the area was a more sophisticated improvisational approach to performing with light. “Jim and I developed a technique where rather than just putting projections and stuff up and then standing back and listening to the band, we actually played the projectors as instruments. We were like a visual rock band and would rap and harmonise with the music, fading images in and out on the projectors using our fingers. We were working rhythmically with the groups so that the lights were all happening in synchronisation with the music.” These dynamic performances earned the approval of bands, managers, and promoters, leading to bookings at nightclubs and universities across the North. As Paul recounts, some bands even refused to work with anyone except Nova Express, and they developed special relationships with groups such as The Nice who were keen to engage in audio-visual jamming sessions.

Technically, the group would mix turbulent inks in glass clock faces on overhead projectors, and also devised various other innovative approaches using slide projectors. “What you would do is get one piece of glass, get some drops of different colours of Vitrea glass paint add a few drops of ether, put another glass on the top and, as it heated up in open gate of a Aldis slide projector it would go absolutely crazy!” Another technique involved sealing oil and water-based dyes in between two thin pieces of circular glass, which could then be rotated inside a projector with the slide mechanism removed. Paul created transparencies of his own moiré patterns on Kodalith film, and developed slides of his own photography, experimenting with hot developer fluids to produce interesting effects. The group would also project existing 16mm movies over the top of the various psychedelic moiré patterns and textures.

While today’s digital light shows typically use frequency analysis to link motion graphics to the bass, middle and treble frequencies, Nova Express divided labour so that each projectionist would follow different parts of the music.

While today’s digital light shows typically use frequency analysis to link motion graphics to the bass, middle and treble frequencies, Nova Express divided labour so that each projectionist would follow different parts of the music. “We’d each have our favourite instruments, projectors, and set of slides, so we’d each play our own materials, but we would play very much together as a group. Les was very interested in basslines, so he’d be playing to that using kind of sombre colours. I was much more interested in the lead stuff, and so I’d be playing dynamic moiré patterns in very bright and fluorescent colours following the lead instruments. Then Jim would be doing the percussion and rhythm sections, so we could produce these very rich visual spectacles”. Fascinatingly, Nova Express were not only interested in synchronising sound and image, but also in creating forms of “visual syncopation” where “one rhythm would be going into the eyes and another rhythm would be going into the ears”.

Given the popularity of hallucinogenic drugs such as LSD in the sixties gig scene the group were operating in, I am intrigued to hear if Nova Express were taking inspiration from drug experiences directly, or trying to elicit psychedelic experiences for their audiences. “Absolutely”, says Brown. “We were using drugs. Interestingly enough, because we worked so hard, we were taking a lot of speed, and that would just keep us alert, you know, so we could do like an hour and a half non-stop of very, very fast work over red-hot projectors. But we were also taking a lot of psychedelics and stuff and, of course breathing in all that ether! We used psychedelic imagery that was lifted from all over the place, and we saw our contribution as being part of the psychedelic visual experience. We felt very committed to that, as a group, and felt it was part of our aesthetic.”

Paul ultimately sees the combination of sounds and visuals in the gig setting as key to producing powerful experiences for the audience. “What I realised was, if you get an audio feed, for the audio processing part of your brain, and you have your visual feed, for the visual processing, it really boosts the experience. We were able to take the audiences to spaces where they’d be just out of their heads, they wouldn’t have to do drugs, they could just watch and listen.” It’s a formula that has seen enduring popularity with the rise of what would eventually be known as VJing – where an artist mixes video as a complement to the music at live concerts and music festivals – and Nova Express can now retrospectively be counted as one of the early pioneers of this form in the analogue era.