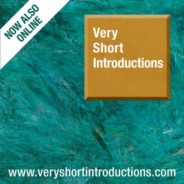 “Environmental law ensures that collective action in relation to environmental problems is authoritative and consistent with the rule of law and other principles of legitimate action.” – Elizabeth Fisher, Environmental Law: A Very Short Introduction

A good place to start is to look at a more personal and limited example, so in the below video we use parking on a public street in a residential neighbourhood to understand the common structure of environmental problems.

We’ve researched some facts about environmental problems and the laws that surround them to help you with some further reading:

This blog post was created by the Very Short Introductions marketing team.

Of gutters and ecosystems: the 50th anniversary of the Wild and Scenic Rivers Act