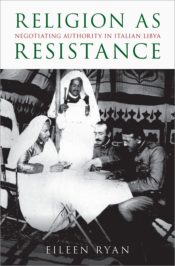 The attempted murder of six African immigrants in the streets of the central province of Macerata in February 2018 brought to mind an earlier history of black bodies in Italy. In April 1943, the fascist Ministry of Italian Africa transported a group of over fifty Africans to Macerata from Naples. The diverse group of men, women, and children from Ethiopia and Eritrea first traveled to Italy in April 1940 as part of the Mostra Triennale d’Oltremare—an exhibition space on the outskirts of Naples designed to celebrate the expanding Italian empire. One of the many components of the exhibit included a reproduction of a “native village” where visitors could see indigenous people performing a version of “traditional” life for Italian spectators. Intending for the group to remain in Naples for only six months, exhibition officials housed them in poorly insulated barracks. But Italy’s entry into the Second World War in June 1940 led to the sudden closure of the exhibition and the entrapment of its East African inhabitants. Separated from their homes, this group remained under the forced protection and control of the Ministry of Italian Africa until the end of the war. When Allied bombings of Naples intensified in early 1943, Ministry officials transported the African inhabitants of the exhibition northward to a dilapidated villa on the outskirts of Treia, Macerata.

The man who confessed to the 2018 attack, Luca Traini, made no secret of his racist and anti-immigrant motivations; he reportedly gave a fascist salute when he was arrested and has long documented ties to the anti-immigrant political party Lega Nord. His actions highlight the continued vulnerability of black lives in Italy. Traini and others like him see black bodies as a direct challenge to Italian identity; fascist officials also saw the presence of the African inhabitants of the Mostra d’Oltremare as a threat to racial purity. A contingent from the Italian African Police—equal in number to the group of African inhabitants—was stationed at the exhibition space in 1940 to maintain a state of constant surveillance. Barbed wire surrounded the barracks where the group was housed, and any attempt to escape was met with imprisonment. The conditions in the encampment pushed a number of people to alcoholism and mental illness.

In the context of the fascist regime, the fear of racial contamination also inspired the Ministry of Italian Africa to bring two women—Becchelé Mulorki (or Muluserki) and Abegaz Menen—from Eritrea to live in the exhibit and service the “physical needs” of the over fifty black men of the Italian African Police assigned to the exhibit’s outpost. These two women had no idea they would be expected to act as prostitutes when they boarded a boat for Naples. Denied the stipends provided to the other inhabitants, they were forced to sell their bodies for 150 lire per month, supplied by the General Command of the Italian African Police, and whatever small amounts the ascari were willing to pay for sex. Ministry officials denied their requests to enter a state-regulated prostitution house due to the “obvious” racial risks of coming into contact with white clientele. In the social and economic hierarchy that developed in the exhibition, these two women were undoubtedly at the bottom. Both spent months at a time in hospital from the brutal effects of their sexual servitude.

Today, immigration is transforming Italy to an increasingly diverse country. In many places, immigrants are filling necessary jobs abandoned by a generation of Italians who fled the countryside in pursuit of higher-paying careers in Italian urban centers and abroad. Italian politicians and pundits stoke fears by depicting the arrival of non-white immigrants as an urgent threat with the potential to undermine Italian whiteness. Corriere della Sera, the Italian newspaper with the highest circulation, characterized the increase in (primarily African) immigration following the 2011 collapse of the Qaddafi regime in Libya as “an invasion without precedent.” The reaction of the Italian government—under Berlusconi and the variety of center-left politicians who have followed him—has been to develop a network of Centers of Identification and Expulsion (Cie). These Centers house a wide variety of people living in the vulnerable margins of Italian society: recent immigrants; the children of immigrants who grew up in Italy, but lack papers; Roma people prevented from gaining proper documentation of citizenship due to a bureaucratic quagmire; a large number of East African women forced into a system of sexual slavery. Much like the inhabitants of the Mostra d’Oltremare, they exist in a state of legal limbo. They are not considered detainees or prisoners; Italian officials refer to them as “guests.” Paradoxically, the designation leaves them with fewer rights than they would have as prisoners. Many “guests” spend months in the Centers waiting for a decision about their fate with no clear recourse to legal action. In other ways, the Centers bear a striking resemblance to prisons. The spaces are surrounded by tall fences and the movements of the “guests” are tightly controlled. Isolated from their friends and family on the outside world, mental and physical illness is a constant problem.

For historians, it is imperative that we demonstrate the longer historical context behind this strict control over the movement of bodies coded as non-white in the Italian peninsula. Fears of an immigrant “invasion” differ little from the fears of racial contamination in the 1930s and 40s. Postwar Italy notoriously embraced what is known as the myth of Italia brava gente—a sense that Italians were less racially virulent than their Nazi German allies. This perception allowed the postwar Italian republic to paper over the effects of Italy’s 1938 race laws and the violence of Italian colonial rule in Africa. Grappling with the longer history of Italian perceptions of race is necessary for a reconceptualization of immigration, race, and national identity today. The historical record informs a moral imperative of alleviating the suffering of people living on the margins of Italian society.

Eileen Ryan is an Assistant Professor in the History Department at Temple University. She has published articles in Modern Italy and the Annali della Fondazione Ugo La Malfa. She is currently working on an article on Italian settlers as refugees during the process of decolonization. She is the author of Religion as Resistance: Negotiating Authority in Italian Libya.