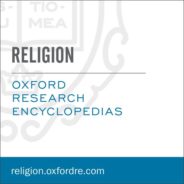 There are probably few trends within Islam that are associated as much with “extremism” as Salafism, among the general public. One reason for this is that groups such as al-Qa‘ida and the Islamic State (IS) have used a radical form of Salafism to justify their acts of terrorism. Despite the fact that most Salafis not only refrain from engaging in such acts themselves but also actively condemn them, politicians from various Western countries have called for banning Salafi organisations or even Salafism altogether, such as in the case of France and the Netherlands.

A second reason why many people seem to fear Salafis is their physical appearances, particularly the physical appearances of Salafi women wearing the facial veil (niqab or jilbab). The latter is not just perceived as a potential security threat – because it allows one to hide one’s features – but also as something that hampers everyday conversation and, perhaps most importantly, challenges Western cultural norms. Because of a combination of these reasons, several European countries have adopted laws to partially ban facial veils in public. However, very little has been said about what the niqab or other forms of physical appearances among Salafis actually mean and what their religious origins are.

Salafism can be defined as the trend within Sunni Islam whose adherents claim to emulate the first three generations of Muslims as strictly and in as many spheres of life as possible. (These first three generations are known as al-salaf al-salih (the pious predecessors), hence the name “Salafism.”) For Salafis, the emulation of early Muslims – and particularly the Prophet – is of the utmost importance. This is why they spend much time ‘cleansing’ (tasfiya) Islamic tradition from supposedly false reports (hadiths) about Muhammad and other man-made ‘religious innovations’ (bida‘, sing. bid‘a). The end result of this process is meant to be a form of Islam that is exactly like what the Prophet and his companions themselves did and, as such, a blueprint for modern-day Salafis’ lives.

Emulating the salaf in every detail is only one side of the Salafi coin, however. Strictly following the predecessors also involves distinguishing oneself from others; this shows that one does not belong to other groups, but only to Islam. Two concepts are of great importance in this respect. The first of these is ghuraba’ (strangers), a term used in a hadith ascribed to the Prophet in which he calls on his followers to be strangers in the world. Salafis interpret this as meaning that while they may have many attachments in life, Islam is ultimately their one and only home. The second concept is al-wala’ wa-l-bara’ (loyalty and disavowal), which Salafis use to stress their complete loyalty to God, Islam, and fellow-Muslims and their utter rejection of everything else.

The facial veil or other forms of physical appearances among Salafis should be situated in the ideological context given above. For women, the wearing of a niqab or jilbab is closely related to passages from the Qur’an that mention the need to cover parts of the body (especially Q. 24: 31; 53: 53-55, 59). What parts of the body should be covered, however, is less clear. The Qur’an mentions words like zina (adornment) and scholars label the area that should be covered ‘awra. Although this word can be translated as “genitals”, Salafi scholars often believe – based on hadiths about the wives of the Prophet – that women should cover their entire body. The famous Syrian Salafi scholar Muhammad Nasir al-Din al-Albani (1914-1999), however, argued on the basis of both the Qur’an and hadiths that the face and hands are excluded from the ‘awra and that women may therefore uncover these.

For men, a white tunic (thawb or dishdasha) is often seen as preferable, based on a hadith that states that the best clothing for both the mosque and the grave is white. The length of the tunic is also significant. Salafi men often make a point of wearing garments above their ankles, following Prophetic precedent. With regard to their headdress, Salafi men can often be seen wearing a large white skullcap (qulunsuwa), again based on hadiths mentioning that the Prophet wore this, which is frequently covered by a piece of cloth (shimagh) that is usually not held in place by the circlet of rope (‘iqal) that many other Muslims do wear.

Physical appearances among Salafi men, precisely because they do not cover their faces, involve more than just clothes. This can be seen first and foremost in the beard. According to hadiths, the beards of several prominent early Muslims – including the Prophet himself – were thick and/or long and Salafis therefore often allow their beards to grow in abundance although, again in emulation of the Prophet, they do make sure to keep it clean and looking good. Based on another hadith, Salafi men also often trim or even shave off their moustaches, although the latter is not very common.

The physical appearances of Salafi women and men are thus strongly linked to their general norms and go to the very core of what Salafism is all about: living in full accordance with the example set by the Prophet and his companions, but also distinguishing oneself from others, including non-Salafi Muslims. Particularly the latter aspect of emulating the salaf often causes one to stand out and attract unwanted attention, making it difficult sometimes. Still, distinguishing oneself from others by clinging to one’s beliefs is precisely what the concepts of ghuraba’ and al-wala’ wa-l-bara’ are all about. As such, the appearances of Salafis form a significant part of what being an adherent to Salafism means in daily life and physical features such as a niqab or a long beard are therefore of great religious significance to them. Recognizing Salafis’ beliefs may not help take away fears about their views and practices in general, but it can lead to understanding why Salafis look the way they do at the very least.

Joas Wagemakers is an assistant professor of Islamic and Arabic Studies at Utrecht University. He has published extensively on Salafism in many academic articles, as well as in books such as A Quietist Jihadi: The Ideology and Influence of Abu Muhammad al-Maqdisi (Cambridge: Cambridge University Press, 2012), Salafism: Utopian Ideals in a Stubborn Reality (Almere: Parthenon, 2014; with Martijn de Koning and Carmen Becker, in Dutch) and Salafism in Jordan: Political Islam in a Quietist Community (Cambridge: Cambridge University Press, 2016). He recently published the article “Salafism” in the Oxford Research Encyclopedia of Religion.