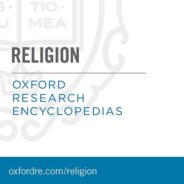 In the fall of 1999, another action movie came and went, garnering disappointed reviews and a pittance in ticket sales. Adapted from Michael Crichton’s novel Eaters of the Dead, The 13th Warrior offered a surprising premise: a tenth-century Abbasid ambassador is recruited to join a band of Vikings(!) against an army of mysterious, monstrous creatures. Crichton’s idea thus combined the Beowulf epic with the writings of Ahmad ibn Fadlan, who travelled from Baghdad to Russia in the tenth century.

The 13th Warrior isn’t a great movie, nor is it even very good. The opening credits give a clue as to why: at one point, the job of director shifted from John McTiernan (Die Hard) to Crichton himself, which gives the narrative a disjointed feel. But while the movie isn’t great, there’s no denying how cool it is, which is why viewers continue to revisit it. The Vikings are intimidating, the bad guys are scary, the hero rises to the occasion, and there are some intense action sequences, including a death-defying underwater escape from a cave. At its heart, it’s a story of people from different backgrounds learning to respect and value one other.

What has added to the film’s appeal over the years is its choice to center a devout Muslim in a macho American action movie. The ibn Fadlan character is like so many other Hollywood tough guys: handsome (it’s Antonio Banderas!), brave, resourceful, and guided by a code of honor. Throughout the movie, we see how his background has made him into a hero worth following. When the Vikings make fun of his small horse, he shows off his equestrian skills. When the Vikings give him a broadsword too heavy for him to lift, he sharpens it into a scimitar, wielding it like their best warriors. When the Vikings leave him out of their conversations, they soon discover that he has already mastered their language.

These breakthroughs always follow a zoomed-in shot of Banderas’ face. He focuses, eyes scrunched up, and suddenly understands. We can almost see the gears turning in his mind as he cracks their codes. Early in the movie, he says, “I am an ambassador, dammit… I am supposed to talk to people.” Diplomacy is a higher calling that aligns with his cultivation as a man of piety.

The main motivation for making this film was to cash in on Crichton’s earlier success with blockbusters like Jurassic Park. At no point did the filmmakers claim that they were trying to create a positive portrayal of Muslims. And yet, by some curious accident, they arguably succeeded in doing just that. Ibn Fadlan’s belief is the bedrock of the character’s motivation. There is a touching scene in which he teaches one of the Vikings to write by scrawling a line in the sand: “There is only one God, and Mohammad is his prophet.” Later, in the moments before the climactic battle, ibn Fadlan kneels in sajda, asking God for guidance in what may be his final hour. And at the end of the film, ibn Fadlan’s voiceover tells us that his time with the Vikings has made him a better servant of God. Perhaps most important, Ibn Fadlan neither questions his faith nor performs rhetorical defenses of it. He’s noble because of it, not because of an anachronistic secular humanist take on his religion.

Following 9/11, the declaration that ibn Fadlan teaches the Viking, the Shahada, would be framed as suspicious or worse. But here, the Viking re-writes the statement with all the chill in the world. When he makes a mistake, ibn Fadlan gently corrects him. The art historian Stephennie Mulder has suggested that this kind of imperfect copying was a sign of the times. She writes, “The presence of pseudo-Kufic [early Arabic script] tells us something important: that Arabic was valued by the Vikings as a mark of social status or capital, much in the way we might today buy a perfume with “Paris” written on it.” For this reason, Mulder adds, the Shahada may be the most common inscription in Viking Scandinavia. It seems that Crichton’s flight of fancy inadvertently captured historical truth.

The depiction of ibn Fadlan is not without its flaws. One could argue that the portrayal relies on a surface level understanding of Islam. The visual cues are certainly quaint. For one, Banderas’ character wears exaggerated and even clumsily applied kohl. Confusingly, he rides a camel through a landscape that resembles the well-irrigated hills of the Cotswolds. And had Banderas been a Muslim himself, he might have noticed that addressing God as “Father” in the prayer scene is more of a Christian practice than an Islamic one.

Still, there is an odd innocence to this movie, given where it sits in history. Just a few years before, another medieval action flick—Robin Hood: Prince of Thieves (1991)—included a scene in which Muslims during the Crusades appear as savages, no better than the monsters that ibn Fadlan faces. James Cameron’s True Lies (1994) pitted Arnold Schwarzenegger against a terrorist organization with the unsubtle name of “Crimson Jihad.” The film rightly drew protests.

And of course, less than two years after The 13th Warrior, the US response to 9/11 obliterated any chance of a positive portrayal of Muslims in a mainstream film or TV show for a long time. When Muslims did appear in an action movie, they were often depicted as either terrorists or victims of terror (presumably from other Muslims). There were a few films that tried to be evenhanded, like Ridley Scott’s Crusader epic Kingdom of Heaven (2005), which earned praise for its sympathetic portrayal of the sultan Saladin. But these were few and far between, and virtually never placed a Muslim at the center of the story. Even the 2007 Syrian TV series Saqf al-Alam, also inspired by ibn Fadlan’s travelogue, centered on post-9/11 geopolitics.

Though long delayed, Hollywood has finally begun to address this problem, though it has a way to go before correcting it. A planned Ms. Marvel project features a Muslim woman as a superhero, at last catching up to the long tradition of Muslim women as leaders and public benefactors. The actor Riz Ahmed has launched a mentorship scheme offering $25,000 grants to Muslims in entertainment.

Maybe The 13th Warrior, like the Viking’s attempt at writing, is a pastiche that can open the door for more. Through the vehicle of an exceptional hero, the movie’s major statement is one that sci-fi is well poised to make. Suspending disbelief ironically adds believability to the idea of characters crossing borders with ease. Thus the classic molds of oriental wonder and sci-fi camp dissolve into a strangely heartwarming story of people overcoming their differences and working toward a common goal.

Robert Repino is an editor of religious studies and history for Oxford University Press, and occasionally teaches for the Gotham Writers Workshop. His essays have appeared in Slate, The Revealer, and Tor.com. He is the author of several works of fiction, including the science fiction novel Mort(e) from Soho Press and the middle grade novel Spark and the League of Ursus from Quirk Books.

Sana Khan works in religious studies and history at Oxford University Press. She has written for Kajal and The Abusable Past among other publications, and lives in New York.