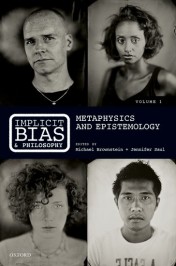 The leading Republican Presidential candidate, Donald Trump, has called Mexicans “rapists” and advocates a policy of banning all Muslims from entering the United States. His closest rival, Ted Cruz, agrees with the ban on Muslims and wants to see if he can make the sand of the Middle East glow. Black protestors are being beaten at Trump rallies, with Trump’s explicit encouragement.

By any common definition, Trump’s statements and policies are racist. Yet we are researchers on implicit bias—largely unconscious, mostly automatic social biases that can affect people’s behavior even when they intend to treat others fairly regardless of their social group identity. Our concern with implicit bias might seem like a relic of a bygone, pre-Trump era, in which explicit bigotry was on the wane, at least in mainstream political speech.   Does implicit bias have anything to add to our understanding of our current political moment?

Our answer, you won’t be surprised to hear, is yes.

It is too soon to be confident in any one theory of the cause of Trump’s popularity. But it certainly seems that his sexist and racist statements are popular with his supporters. Many descriptions of his campaign events (see, for instance, here and here) have noted the bigoted applause lines, the derogatory signs, the near lynch mob mentality directed toward black protestors. It seems that Trump has returned the implicit to the explicit, and has benefitted (so far) for it. This fits with studies suggesting that Obama’s presidency may have sparked a rise in the influence of “old-fashioned racism” (such as opposition to interracial dating) on political preferences. It also fits with recent work (although we note that this study has not been peer reviewed) showing a strong tendency for Trump supporters to characterize Muslims as violent.

At the same time, Trump’s support reaches beyond this. His advocates are surprisingly diverse (but note that his supporters are not nearly as diverse as those of any of the leading Democratic candidates), and most are not white supremacists. Several authors (for example, here and here) have argued persuasively that a significant portion of Trump’s popularity stems from a mix of his economic populism, outsider status, mercantilism, and ability to puncture the stage-managed nature of recent American politics.

There is a debate right now about which of these factors better explains the Trump phenomenon. Is his appeal mostly due to his willingness to speak the bigoted beliefs that many of his supporters hold? Or is his appeal rather due to his outsider status, his promise to change what many believe to be a broken political system?

Our answer is that both of these interpretations are likely to be right. And understanding the relationship between implicit and explicit bias can help us to see why.

Some of Trump’s support certainly seems to be due to his explicit bigotry. According to Public Policy Polling, 70% of Trump supporters in South Carolina believe the confederate flag should be flying over the State Capital; 38% wish the South had won the Civil War; 80% support a ban on Muslims entering the United States and 44% think the practice of Islam should be altogether outlawed; and 31% say they would support a ban on homosexuals entering the United States. These statistics may reflect the beliefs of Trump’s South Carolinian supporters in particular, whom we hasten to note are themselves only a portion of Republican primary election voters. Nonetheless, these are terrifying statistics.

But the extent to which Trump’s support is due to factors other than explicit bigotry is NOT the extent to which social biases are irrelevant to his appeal. Trump’s economic populism, for example, which largely focuses on the “good old days” of the 1950s American blue collar economy, is arguably a conduit for activating the kinds of implicit stereotypes that have been found in studies of hiring, promotions, and so on. For, of course, the 1950s are only the “good old days” for some Americans. This nostalgia is also likely to implicate implicit associations between “American” and “white.” The idea that social biases help to explain the support Trump receives for those statements and beliefs of his which aren’t explicitly bigoted is consistent with John McConahay’s “Modern Racism Theory.” The core claim of this theory is that racist beliefs are often channeled into more socially acceptable positions on public policy.   Indeed, there are already some indications that Trump is tapping into implicit attitudes about Muslims, which are more negative than explicit ones (again, not yet peer-reviewed). As one of us has written elsewhere, Trump carefully combines his explicitly racist statements (let’s ban Muslims) with figleaves (just until we figure out what’s going on) that provide just enough cover to reassure at least some voters that he isn’t really racist.

(We note a possible upshot for future research on implicit bias emerging from the Trump phenomenon. Researchers are increasingly recognizing that implicit biases may not be all that unconscious. For example, one recent study found that people are surprisingly good at predicting their own implicit attitudes. The case of Trump supporters might add to this general point. Perhaps more people than researchers previously thought fail to report their implicit biases not because they’re unaware of them, but because, until now, it has been socially unacceptable for them to do so. Thanks to Alex Madva for this suggestion.)

A further, vitally important factor, lies in the structural elements of economic inequality: informal segregation of employment, schooling, and housing, incarceration practices, police profiling, and so on. Our view is that this is deeply intertwined with implicit bias. One principal way in which individuals’ minds become biased is by having relatively closed and homogenous experiences with representatives from other social groups, for example, by living in a segregated neighborhood. And arguably one reason why people often support housing policies that promote segregated neighborhoods, for example, is because they have implicitly biased minds. They might, for example, associate whiteness with safety. Moreover, the implicit nature of such stereotypes enables people to see themselves as conforming with mainstream racial norms; they are not racists, they just want safe neighborhoods. In this way, social-structural causes of inequality and implicit bias are mutually supporting.

We suspect something similar is occurring in the case of Trump’s non-explicitly racist supporters. Many of them live in segregated neighborhoods and attended segregated schools. They are exposed to the products of implicitly biased media decisions about whom to feature in stories on welfare, immigration, violent crime, and terrorism. All of these social-structural phenomena inform their implicit attitudes. This may allow people who genuinely disavow racism to think that “he doesn’t really mean it” when Trump demonizes huge segments of humanity as dangerous, lazy, worthless, and weak. This also appears to be a classic effect of cognitive dissonance due to implicit bias.   People may think, consciously or unconsciously, “I’m not a racist, but I like what Trump’s saying, so he must not really mean the racist parts of what he says.”

Trump’s explicit racism is shocking.  His campaign’s legitimization of explicitly bigoted rhetoric in the public sphere is also shocking.  But to fully make sense of his campaign’s appeal, especially to those who are not explicit racists, we must think not just about the explicit but also the implicit. And this is why research on implicit bias remains important for making sense of the Trump phenomenon.

Jennifer Saul is Professor of Philosophy at the University of Sheffield and Director of the Society for Women in Philosophy UK. Her research is primarily in philosophy of language, feminist philosophy, and philosophy of race. Michael Brownstein is Assistant Professor of Philosophy at John Jay College/City University of New York. His research focuses on philosophy of psychology and cognitive science, with emphasis on the nature of the implicit mind.  They have edited two volumes entitled Implicit Bias and Philosophy. Volume 1 covers Metaphysics and Epistemology and Volume 2 is on Moral Responsibility, Structural Injustice, and Ethics (OUP, 2016).