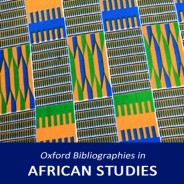 In May 2015, at a press conference in Nairobi, Kenya, a French-led international team announced the discovery of the oldest stone tools known yet. Dating back to more than 3.3 million years ago, these crude flakes, cores, and anvils represent the earliest steps in our evolution into a species reliant on, if not defined by, the use of tools and other manufactured objects. Coined the ‘pre-Oldowan’ or ‘Lomekwian’ after the site in West Turkana at which they were found, these tools are larger and cruder than the more recent Oldowan industry and likely represent both intentional flaking and battering or pounding activities; they are also much older than any fossil specimens yet assigned to the genus Homo. As a species, we are not unique in our ability to make and use tools, and the historical trajectory that emanates from these earliest tools gives rise not just to Homo sapiens but also to our now extinct tool-using cousins Homo Neanderthalensis and Homo Floresiensis. As archaeology literally digs deeper into the past, it reveals an increasingly complex story that both emphasises our shared African origin and evidences the multiple complex trajectories that this evolution undertook.

Human evolution is not a neat story, but the researchers that discovered these stone tools quite rightly emphasise their global significance as evidence of our common ancestry. They further frame this story as one that defines what it actually means to be human. The makers of these earliest stone tools and the ‘technology’ (the methods of flaking) utilised are explicitly compared to the capabilities of other species, especially chimpanzees, and the technical and cognitive capacities that define ‘us’ from ‘them’ are made explicit—a process we might call ‘othering’. Defining ourselves against others can be a positive thing—a celebration of diversity—but it can also be used to marginalise and oppress ‘others’; to make them somehow less human or at least less ‘modern.’ The negative use of ‘othering’ has often been associated with darker moments in human history, but these more obvious enactments of marginalisation often sit within less well defined, and often unconsciously similar, acts that create normalised categories of ‘us’ and ‘them.’ Archaeology, for example, would treat these earliest stone tools as the first step in a series of developments or ‘revolutions’ that give rise to the modern world, such as the first anatomically and cognitively modern humans (in Eastern Africa c. 200,000–100,000 years ago), the first food producers (Mesopotamia c. 11,000 years ago), the first cities and states (Mesopotamia c. 6000 years ago), and the first democracies (e.g., Athens c. 2500 years ago). But in locating these developments in space and time, the narrative inadvertently excludes other places and times from the key thrust of the ‘human story,’ and thus implicitly creates categories of ‘us’ (those on the trajectory to modernity) and ‘them’ (those who are marginal to the main human story).

Within this human narrative, Africa takes on an ambiguous role. Fuelled by spectacular finds like the Turkana stone tools, tropes such as the popular ‘we are all African’ movement rightly emphasise Africa’s role as the progenitor of the human species and do so in an honourable attempt to address the economic and political inequality that continues to marginalise the African continent. However, by emphasising Africa’s early role in the human story, such campaigns also unconsciously reinforce the wider narrative that sees the later phases of the human story move away from Africa, to Europe and Asia. In this sense, Africa’s more recent past continues to be marginalised within global history and Africa itself continues to be presented in popular circles as pre-modern and in need of development. The start of the story aside, Africa’s recent past is seen as marginal to the key events of history at best, and generally remains under-researched and poorly understood.

The pre-Oldowan discoveries in Kenya thus say much—not just about our origins and how we understand ourselves as a species, but also about how we understand our own history. Such finds are certainly important scientific discoveries, but the way in which they are presented and used in the present is not neutral. Rather, the way such finds are presented has a direct impact on the way in which we envisage Africa’s present and future. In their incorporation into the historical narratives that constitute the human story, finds such as the pre-Oldowan shift from being objective scientific objects to being subjectively interpreted brokers in contested histories that include othering and marginalisation. They both positively evidence our shared African origin and emphasise the neglect of Africa’s more recent past. Therefore they point to the need for more nuanced and higher profile expositions of recent African history that critically rethink the global historical narrative, celebrate the continent’s great achievements, and give voice to those communities that have previously lacked historical representation. This call is not just about being politically correct, nor is it just tokenism; rather, the detailed writing of more recent African histories and African archaeologies from a range of individual, personal, and community perspectives can have a real impact on how Africa is perceived, valued, and engaged with today.

Instead of working to end poverty in Africa because of our shared ancestry, we may also do well to try to understand the multiple ways in which our complex historical trajectories have intersected through time, creating global economic and political systems in which African communities have become marginalised. Such an approach shifts focus from a situation in which Africa is perceived as inevitable and perpetual ‘also-ran’ in the human story, to one where Africa’s vast contributions to global history (Great Zimbabwe, Aksum, Timbuktu, literature, music, food, and evolution) have gradually been downplayed within narratives that favour Europe and Asia. We should celebrate the fact that we are all African, but we should not let that overshadow a critical understanding of other historical narratives that need to be understood and appreciated if we are to effectively and respectfully engage with each other in the present.

Dr. Matthew Davies is lecturer in African Studies at University College London and author of the article “Archaeology of Eastern Africa” in  Oxford Bibliographies in African Studies. He works on aspects of archaeology and anthropology in Eastern Africa, with special focus on long-term understandings of landscape and community change. He was formerly Assistant Director of the British Institute in Eastern Africa, Nairobi, Kenya, and is a Senior Editor for the Oxford Research Encyclopedia of African History. You can follow Matthew via his blog or Twitter.