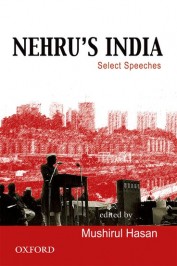 Oxford University Press India is celebrating 125th birth anniversary and 50th death anniversary of Jawaharlal Nehru with a collection of books by and about the first Prime Minister of India (1947-1964).

In his famous essay, French philosopher Julien Benda indicted intellectuals for treason to their destiny, and blamed them for betraying the very moral principles that made their existence possible. Nehru was not one of them. His avowedly cultural and intellectual orientation is sufficiently well-known. His father had refused to perform a purification ceremony on his return from England and had been ostracised by the Brahman orthodoxy. Nehru too didn’t submit to irrational authority, be it religion or dogma, though he went along with certain social customs. He did not approve of his father’s shraddha ceremony, but took part in it for his mother’s sake.

Religion and atheism, remarked his niece Nayantara Sahgal, lived lovingly together in Anand Bhawan and both were aspects of India’s enquiring and assimilative mind. The daily life of the Nehrus was a seamless blend of tradition and modernity. This is best exemplified by Nehru’s mother and wife Kamala. Both were religious, and yet they lived with Motilal’s intellectual modernism and Nehru’s scepticism on matters of religion and faith. But in the end their influences prevailed.

Nehru once said to a distinguished author-journalist that the spirit of India was in the depth of his conscience while the mind of the West was in his head (by virtue of what he studied in Harrow, Cambridge, and all over London). He was, thus, driven or dominated by the urge to see reason in people’s thinking and action. Sometimes he’d convince them to narrow their differences by concentrating on the “economic factor”, but the upsurge of religiosity or the assertion of communitarian identities weakened or nullified his efforts.

Nehru’s distance from the masses is too readily assumed. The fact is that he spent years not in comfortable and argumentative exile, but in India itself where he led the life of an activist with its attendant challenges and hazards. There is a tale, perhaps apocryphal, yet poignant, to the effect that, upon being released from prison after long confinement for speeches he had made, Nehru went directly to a large meeting, stood up and stated quite unaffectedly, “As I was saying…”

Nehru placed jail-going as a “trivial matter” in a world that was being shaken to its foundation. His first confinement was in the Lucknow district jail from 6 December 1921 to 3 March 1922; the second from 11 May 1922 to 31 January 1923. In 1930, it was 180 days; in 1931, 99 days; in 1932, 612 days; and in 1934, 569 days. By March 1938, he had actually spent five-and-a-half years in prison. On 13 March 1945, he had completed over 31 months in Ahmadnagar Fort. From there, he was “repatriated” to Bareilly Central prison after nearly 32 months. He complained of the typical jail atmosphere — the slow, stagnant and rather oppressive air, the high walls closing on him, iron bars and gates, and the noise of the warden at night as he kept watch or counted the prisoners in the different barracks.

All these years, Nehru was moved from one jail to another — to Naini, Lucknow, Bareilly, and Dehradun. Was it worthwhile? In the last paragraph of the Autobiography, he explained: “There is no hesitation about the answer. If I were given the chance to go through my life again, with my present knowledge and experience added, I would no doubt try to make many changes in my personal life.”

To begin with, the young Nehru had no idea what happened behind the grim gates that swallowed any convict. But soon enough he managed to overcome the nervous excitement and bear an existence full of abnormality, a dull suffering, and a dreadful monotony. His inspiration came from Gandhiji. He had for company his father, who was tried as a member of an “illegal” organisation of Congress volunteers.

One of his fellow inmates commented later that it was ironic that, from an early age, people had started looking upon him as a desh bhakt, and he sacrificed his youth and its charms to satisfy public expectations. With arrest and prosecution becoming a frequent occurrence, jails turned into places of pilgrimage. Sometimes he felt as if he richly deserved a spell of jail to make quiet his excitable nature. Sometimes he felt almost cut off from the outside and longed for a quick return. More often than not, he’d wait for a tomorrow to bring deliverance to his people. To Vijaya Lakshmi Pandit, he wrote: “Without that steel frame of the mind and body, or spirit if you will, we bend before every wind that blows and disintegrates.”

This said, Nehru bore the petty tyrannies of life. With about 50 persons in the barrack, their beds were just about three or four feet apart. The lack of privacy was difficult to endure. “It was the dull side of family life magnified a hundred-fold with few of its graces and compensations and all this among people of all kinds and tastes,” Nehru aptly remarked. Nights in prison were dreadful, more so with a prisoner snoring, “a gigantic disharmony of ugly noises — grunt, groan, growl, howl, whine, whistle, hiss, etc. etc.”

All day he sat or lay under the neem trees spinning, reading, or writing. At night he’d sit under the starry canopy. Thus when one of his comrades was promoted to Class A, Nehru felt relieved: “Man is a social animal and too much solitude is not good.” But he felt lonely after another friend from Cambridge days moved to Gonda jail. His passion was to spin, so he asked for a new charkha from Sabarmati Ashram. To write in Urdu, he asked his father to send him an Urdu dictionary. He read newspapers and wrote letters, though he preferred not to read about the battles of his comrades when forced to be idle himself.

Given his sense of movements and changes in history, Nehru agreed that one must follow them without losing sight of the main trend, and that some day, as if by the stroke of a magician’s wand, India and the world may be transformed.

Headline image credit: President and Mrs. John F. Kennedy greet Prime Minister Jawaharlal Nehru and Mrs. Gandhi on the North Portico of the White House, as the visitors from India arrive at the Executive Mansion to attend a dinner given in their honor. US Embassy New Delhi. CC BY-ND 2.0 via usembassynewdelhi Flickr.

Mushirul Hasan is former Professor of History, Jamia Millia Islamia, New Delhi. His previous positions include Director General, National Archives of India, New Delhi (2010-13), and Vice Chancellor, Jamia Millia Islamia, New Delhi (2004-9). He has edited Nehru's India: Select Speeches and recently provided a new and comprehensive introduction to Jawaharlal Nehru: A Biography by Sarevapalli Gopal, the authoritative and first-hand account of Nehru. He was awarded the Padma Shri in 2007.

Oxford University Press India is celebrating 125th birth anniversary and 50th death anniversary of Jawaharlal Nehru with a collection of books by and about the first Prime Minister of India (1947-1964).