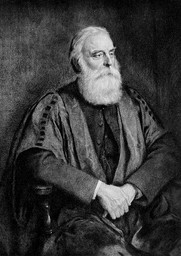 (1) Our correspondent would like to buy a good etymological dictionary of English. Which one can be recommended?
Though outdated, still excellent is the great classic by Walter W. Skeat An Etymological Dictionary of the English Language. Despite its drawbacks, The Oxford Dictionary of English Etymology (a one-volume digest of the OED with some additions and corrections; edited by Charles T. Onions) is a mine of information. Much lighter in style and easier to read (“popular”) is Ernest Weekley’s An Etymological Dictionary of Modern English. Each of those three books will answer the basic questions about the origin of English words, but none gives references to the scholarly literature. Stay away from concise versions and the more recent books bearing titles like the ones above: they rehash (as a rule, uncritically) the material in the OED.

(2) Which are the best encyclopedias of medieval Scandinavia?
In the Scandinavian languages such books are many. If our correspondent can read Swedish or Norwegian or Danish, I’ll supply him with the necessary titles. In English the only comprehensive work of this type is Medieval Scandinavia: An Encyclopedia (Garland). Try also Historical Dictionary of the Vikings by Katherine Holman (2003) and Encyclopædia of the Viking Age by John Haywood (2000). Specialized encyclopedic and reference books on the myths and art of the so-called Viking Age are many.

(3) Dictionaries of Old French slang.
My work with argot seldom takes me beyond the time of Rabelais, and my knowledge of older French slang is limited. I constantly use the works by Lazar Sainéan (whose etymologies I admire but not always trust) and Pierre Guiraud (whose etymologies I also treat with caution). Several times I have consulted Lorédan Larchey’s Dictionnaire historique d’argot and André Stein’s L’écologie de l’argot ancien. I cannot judge how reliable they are. Most books I know are about the origin of modern French slang.

The digraph oa and a hoarse horse

Despite the warnings and rebukes I will persist in my heresy that today there is no reason to spell hoarse and horse differently. My conclusion has very little to do with the words’ history, which, incidentally, is clear only with regard to horse. Here are the basic facts. Horse goes back to Old Engl. hors, so that its modern vowel is pronounced according to expectation. By contrast, hoarse surfaced only in late Middle English, and its origin is obscure. Perhaps it came from Scandinavian, but confusion with some native form is obvious. Compare Dutch hees, German heiser, and Old Norse háss. Most Germanic cognates of hoarse, including the Old Norse one, have no r in it, while the only putative non-Germanic (Albanian) cognate is uncertain. German does have r but in a “wrong” place. 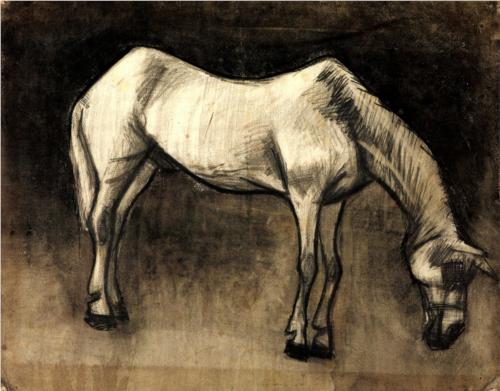 Numerous conjectures have been offered to explain the discrepancy. Perhaps hoarse is a blend of an r-less form and coarse or harsh (mere guesswork). Perhaps two variants competed even in the remote past. An etymologically impenetrable Gothic adjective has been cited, and a dubious Indo-European root set up. The solution of this problem is of no consequence for the present discussion because the earliest recorded English forms of hoarse were horse, hoors, and hoarse (see them in the OED). The spelling is ambiguous, and it is not clear how horse and hoarse were distinguished in Middle English, if at all. Though perhaps homonyms in the fourteenth century, they could have diverged in the sixteenth or the seventeenth (around the time of the colonization of America) and partly merged later. Medieval spelling is an insecure guide to pronunciation, and modern spelling is an insecure guide to history. The horse/hoarse merger is often compared with the marry/merry/Mary merger in many parts of the United States, but the two cases are not parallel, for marry, merry, and Mary have a well-documented history beginning with Old English, whereas hoarse does not. The fact that some people somewhere distinguished or distinguish horse and hoarse should not be allowed to tip the scale in the argument about spelling: one can usually find a conservative or an advanced dialect whose pronunciation differs from that of the majority of English speakers.

The digraph ea in read and its principal forms

The difference between reed and read does have the same cause as the difference between note and oat. There once were two long e’s (close and open), as there were two long o’s. But if I understood the question correctly, it was about the spelling of the past tense and the past participle of read: why also read, rather than red? In the preterit and the participle, the vowel stood before dd (long d) and was shortened in Middle English, but the spelling remained unchanged and reflects the pronunciation with long open e. A similar catastrophe occurred in many words with a formerly long vowel preceding two consonants (like long consonants, they made position for shortening), such as mean ~ meant, deal ~ dealt, and lead (verb) ~ lead (metal). After the shortening the digraph ea acquired two values. It now occurs in bread, dead, dread, head, tread, stead, meadow (typically before d), along with heat, bead, plead, mead. Students, following the example of read/read/read, cannot be persuaded that the past of lead is led (why should something be spelled rationally in English?), and countless innocent foreigners mispronounce the place name Reading and the name of its once famous gaol (jail). (To Masha Bell: No, I am not trying to find logic in modern spelling; I only explain why certain things look the way they do.)

Plural they with a singular antecedent

I think all of us have said on this subject everything we can at least twice but never budged. As is well-known, truth is not born in scholarly discussions. So let me formulate my thesis for the last time, and, if someone has anything new to say, I’ll be happy to be the recipient of the news. Here is my declaration of faith:

“Constructions of the type when a tenant has been evicted, it does not mean that they are a bad tenant and when a student comes, I never make them wait are recent and have been imposed on present day English to make it sound gender neutral. The process resulted in monstrosities of the type I have just quoted—another case of language planning (social engineering) that produced an unpalatable cure. I maintain that in the past no one ever, while describing a case of rape, would have said about the criminal (a man) that they escaped or about the victim (a woman) that they filed a report. No number of examples with someone, anyone, a person, and the like or with so-called distributive constructions having each in the antecedent will prove me wrong.”

I should add, again not for the first time, that American speakers who are thirty-five years old and younger have been taught to speak and write so and look upon such constructions as correct. The reformers have won, but I refuse to congratulate them. I would also like to repeat that no good newspaper and no author with a grain of self-respect uses such grammar. Unlike me, they rebel silently, by defying the trend, for fear of being classified with reactionaries. But I don’t believe that fighting silliness or evil is reactionary and will keep defending the fort even if I am alone to do so. And to quote my motto for the umpteenth time: “One does not always fight to win” (Rostand).

The vowel in broad

That any innovation moves from an epicenter and affects more and more strata as it spreads was known long before the birth of sociolinguistics. It is enough to look  at the map of any important sound change (for instance, the German Consonant Shift or the voicing of initial f- and s- in English dialects) to come to this conclusion. The much-denigrated Neogrammarians taught that sound laws have no exceptions. We now know that the truth is more complex, but all etymology is based on their idea. Every time something goes wrong we are puzzled. The German cognate of Engl. to is zu, and this is the way it should be. But the Gothic cognate is du, with initial d– instead of t-, and no one knows why. Important sounding terms like “residual forms” (German Restformen) are a smoke screen invented to disguise our ignorance. Every exception has to be explained. It won’t do to say that, since on the map sound change progresses gradually, some words are “left behind,” like the children who failed to pass the test. Why doesn’t broad rhyme with road? There must have been a reason, but we don’t know it. The existing explanations are not too persuasive. Saying that broad just did not make it is no explanation at all.

Yes, Grendel’s name does have a sound symbolic or even sound imitating group gr-, even though the etymology of Grendel is debatable (several equally probable derivations have been offered). Grim and gruesome things happen around us; we are ground to dust and grieve. Grimalkins hiss, and greyhounds, contrary to expectation, bark like mythic hell dogs. Stephen Goranson’s antedating of gremlin is important. Although his find confirms the notion that the gremlin was initially a pilots’ demon, everybody believed that the word had originated during the war. As we now know, it only became truly popular during the blitzes.

The origin of the word pagoda

This subject is beyond my expertise, and I can only summarize our correspondent’s hypothesis and hope that some expert in Chinese etymology will comment on it. According to the letter writer, the word pagoda goes back to the well-known Pazhou Pagoda (traditional explanations are different). “The reply from a local Chinese person to a query about what that building is called would surely have been ‘Pazhouta’ and recorded by the curious foreigner as a ‘pagoda’.” The point of the hypothesis is that the word pagoda must have come directly from Chinese. Dictionaries give no support to this derivation, but they may be wrong. However, in light of the zh-g difference and the lack of historical documentation, the idea that the etymon of pagoda is a garbled version of Pazhouta may also be hard to prove.

From Scotland with unrequited love

I have received a letter from a correspondent who found my old post in which Dumfriesshire is said to be in south-central England. I don’t remember where this strange statement occurred and have no idea how it originated, but I hasten to tender my apologies and offer thanks for pointing out this horror to me. Once, in a book written by a Norwegian, I read that Oslo is in the west of Norway. An author’s life is full of inexplicable errors.

ATTENTION! Less than a month ago I had one of my traditional appearances on Minnesota Public Radio and received many interesting questions and suggestions. I’ll definitely answer them, but this post is already too long, so please wait for the next gleanings.