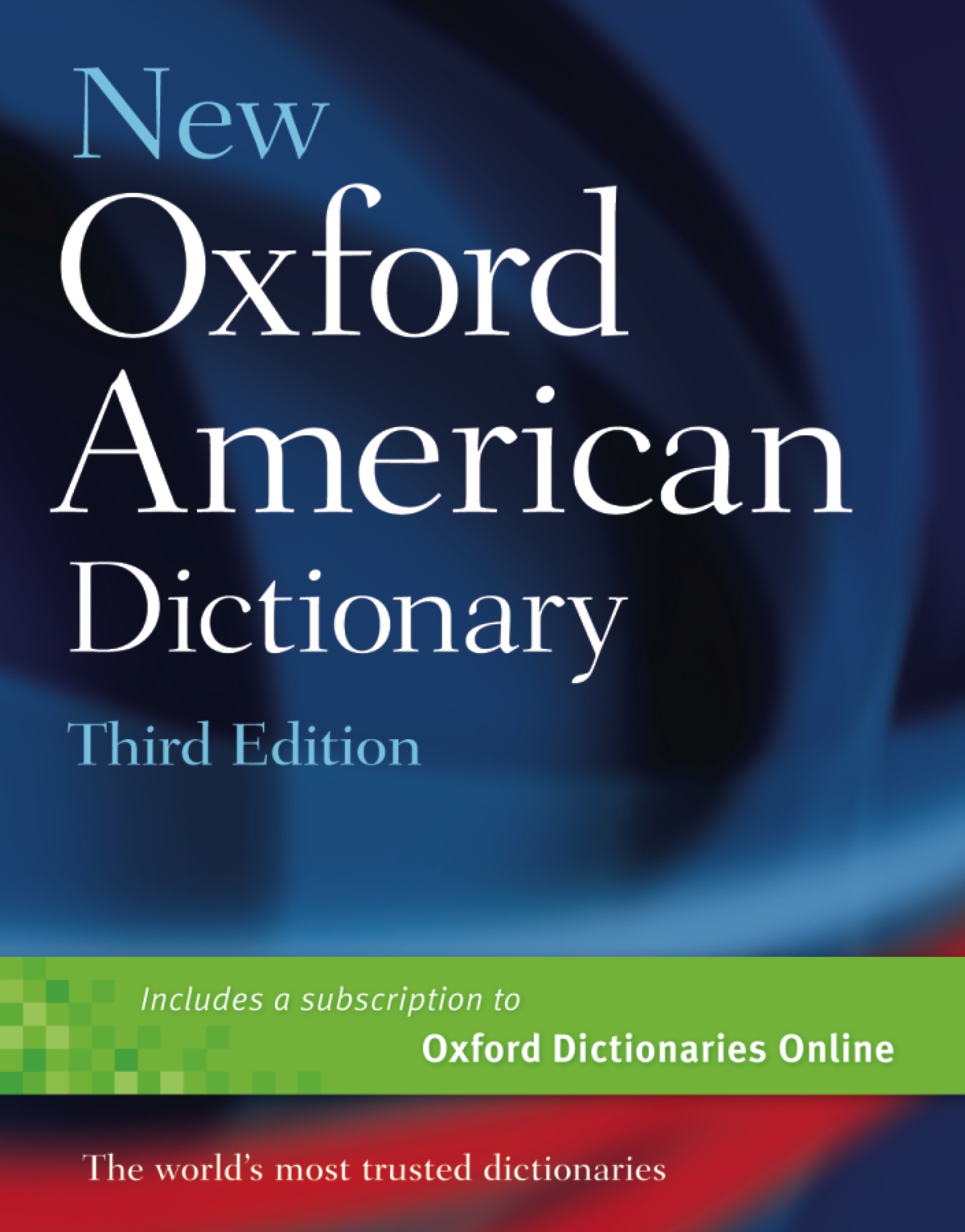 It’s the moment you’ve all been waiting for… New words, senses, and phrases have been added to the New Oxford American Dictionary! Now, I’m not going to list every addition, but here’s a sampling I think you’ll all find interesting.

BFF n. (pl. BFFs) informal a girl’s best friend: my BFF’s boyfriend is cheating on her.
– ORIGIN 1996: from the initial letters of best friend forever.

big media n. [treated as sing. or pl.] the main means of mass communication (i.e., television, radio, and the press), as opposed to blogs or other personal websites.

carbon credit n.a permit that allows a country or organization to produce a certain amount of carbon emissions and that can be traded if the full allowance is not used.

cloud computing n. the practice of using a network of remote servers hosted on the Internet to store, manage, and process data, rather than a local server or a personal computer.

credit crunch n. a sudden sharp reduction in the availability of money or credit from banks and other lenders: the beleaguered company has become the latest victim of the credit crunch.

defriend v. another term for unfriend.

eggcorn n. a word or phrase that results from a mishearing or misinterpretation of another, an element of the original being substituted for one that sounds very similar or identical (e.g., tow the line instead of toe the line).
– ORIGIN early 21st cent.: with reference to a misinterpretation of acorn.

exit strategy n. a preplanned means of extricating oneself from a situation that is likely to become difficult or unpleasant.

green audit n. an assessment of a business in terms of its impact on the environment.

green-collar adj. denoting or relating to employment concerned with products and services designed to improve the quality of the environment: green-collar jobs.
– ORIGIN on the pattern of white-collar and blue-collar.

hashtag n. (on social networking websites such as Twitter) a hash or pound sign (#) used to identify a particular keyword or phrase in a posting.

hater n. a person who greatly dislikes a specified person or thing: a man hater | he’s not a hater of modern music.
informal a negative or critical person: she found it difficult to cope with the haters.

hockey mom n. informal a mother who devotes a great deal of time and effort to supporting her children’s participation in ice hockey.

homeshoring n. the practice of transferring employment that was previously carried out in a company’s office or factory to employees’ homes.
– ORIGIN early 21st cent.: on the pattern of offshoring.

hypermiling n. the practice of making adjustments to a vehicle or using driving techniques that will maximize the vehicle’s fuel economy.
– DERIVATIVES hypermiler n.

megachurch n. a church with an unusually large congregation, typically one preaching a conservative or evangelical form of Christianity.

quantitative easing n. Finance the introduction of new money into the money supply by a central bank.

social networking n. the use of dedicated websites and applications to communicate informally with other users, or to find people with similar interests to oneself.

staycation n. informal a vacation spent in one’s home country rather than abroad, or one spent at home and involving day trips to local attractions.
– ORIGIN early 21st cent.: blend of stay1 and vacation.

steampunk n. a genre of science fiction that typically features steam-powered machinery rather than advanced technology.

tag cloud n. a visual depiction of the word content of a website, or of user-generated tags attached to online content, typically using color and font size to represent the prominence or frequency of the words or tags depicted.

tramp stamp n. informal a tattoo on a woman’s lower back.

truthiness n. informal the quality of seeming or being felt to be true, even if not necessarily true.
– ORIGIN early 19th cent. (in the sense ‘truthfulness’): coined in the modern sense by US humorist Stephen Colbert (1964–).

unfriend v. [with obj.] informal remove (someone) from a list of friends or contacts on a social networking site: she broke up with her boyfriend, but she hasn’t unfriended him.

wardrobe malfunction n. informal, humorous an instance of a person accidentally exposing an intimate part of their body as a result of an article of clothing slipping out of position.

waterboarding n. an interrogation technique simulating the experience of drowning, in which a person is strapped, face up, to a board that slopes downward at the head, while large quantities of water are poured over the face into the breathing passages.

webisode n. an episode, esp. from a television series, or short promotional film made for viewing online.
– ORIGIN 1990s: blend of Web and episode.

zombie bank n. informal a financial institution that is insolvent but that continues to operate through government support.

be all that informal be very attractive or good: he thinks he’s all that—yeah, God’s gift.

my bad informal used to acknowledge responsibility for a mistake: Sorry about the confusion. It’s my bad.

the new black a color that is currently so popular that it rivals the traditional status of black as the most reliably fashionable color: brown is the new black this season.

like herding cats informal used to refer to a difficult or impossible task, typically an attempt to organize a group of people: controlling the members of this expedition is like herding cats.

cop to accept or admit to: there are a lot of people who don’t cop to their past.

share a moment informal experience a joint sensation of heightened emotion: Alan and Barbara shared a moment yesterday after the memorial service.

talk the talk informal speak fluently or convincingly about something or in a way intended to please or impress others: we may not look like true rock jocks yet, but we talk the talk.

arc (in a novel, play, or movie) the development or resolution of the narrative or principal theme.

channel emulate or seem to be inspired by: Meg Ryan plays Avery as if she’s channeling Nicole Kidman.

cougar informal an older woman seeking a sexual relationship with a younger man.

flyover informal, derogatory denoting central regions of the US regarded as less significant than the East or West coasts:  the flyover states.

hate (hate on) informal express strong dislike for; criticize or abuse: I can’t hate on them for trying something new.

heart like very much; love: I totally heart this song.

made man a man who has been formally inducted as a full member of the Mafia.

meme an image, video, phrase, etc., that is passed electronically from one Internet user to another.

own informal utterly defeat or humiliate: yeah right, she totally owned you, man.

poke (on the social networking site Facebook) attract the attention of (another member of the site) by using the ‘poke’ facility.

riff perform a monologue or spoken improvisation on a particular subject: he also riffs on racism and the economy.

rock informal wear (a garment) or affect (an attitude or style), esp. in a confident or flamboyant way: she was rocking a clingy little leopard-skin number.

short Stock Exchange sell (stocks or other securities or commodities) in advance of acquiring them, with the aim of making a profit when the price falls.

soften (of a market, currency, or commodity) fall in value: the share price has softened recently.

straightedge (esp. among fans of hardcore punk music) having an ascetic or abstinent lifestyle: he’s so straightedge that he won’t even take Tylenol when he has a headache.

viral an image, video, advertisement, etc., that is circulated rapidly on the Internet: the rise of virals in online marketing.