Our Historical Thesaurus of the Oxford English Dictionary expert, Professor Christian Kay, blogs about the numerous press enquiries and interviews in the wake of the HTOED’s publication.

An unexpected outcome of the publication of HTOED was the interest it generated in both UK and overseas media. On the whole, encounters with the press have been an enjoyable experience, and they’ve done us proud with articles, reviews, and interviews, but sometimes I find myself conning over the less flattering words for members of the journalistic profession (hack, penciller, tripe-hound, ink-slinger, creeper, thumb-sucker, press gang), and plotting my revenge.

So what interests the media? I learned to carry with me at all times a list of ‘favourite words’ to distribute on request. During the final stages of the project, I had asked the proofreaders to keep an eye open for anything suitable – unfortunately what they considered entertaining was often not what one would want to spell out over the phone or see in a family newspaper. However, I managed to offload such rare gems as spanghew ‘to cause a frog or toad to rise in the air’ (unfortunately mis-spelled as it whizzed round the world), purfle ‘to decorate with a purfle’, and ostrobogulous ‘indecent, somewhat bizarre’. I’m still waiting for a victim for Old English paddanieg ‘an island with frogs on it’ or weirding peas, a Scottish term for peas employed in divination. 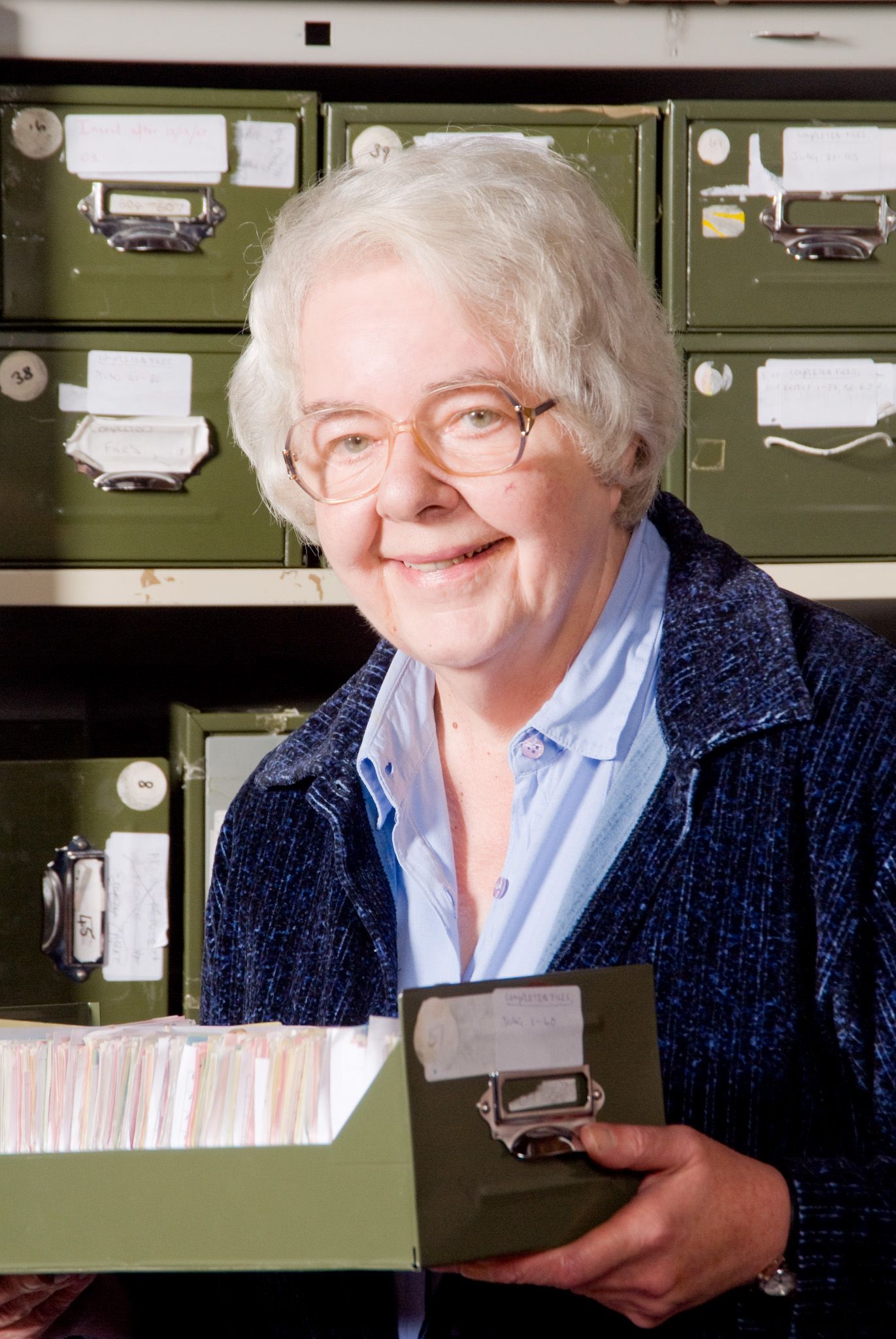 Anecdotes were much in demand. Fortunately, we had one anecdote to cap them all, the Great Fire of 1978, when the building housing the project went on fire (as Glaswegians disingenuously say). At that time, all our research was contained in a single set of paper slips, which luckily were housed in metal cabinets and escaped unscathed. Recounting this for the twentieth time, it was tempting to embellish the narrative, rescuing screaming infants, or at least professors, from the flames rather than smouldering volumes of the OED.

Human interest questions varied in subtlety: “how many years have you worked on the project”, “how old were you when you started”, or simply, “how old are you?” Colleagues threatened to get me a badge like the ones children have on their birthdays, emblazoned with ‘I am 69’ to forestall such questions. Many reporters seemed to find it incredible that anyone would work on a project for 44 years, as several of us did. Some hinted that this was at the expense of a more fulfilling life, but I was nevertheless startled that in 2009 a newspaper would produce a headline describing me as a “lingo-loving spinster”, and one, moreover, who “coyly confessed” to celebrating publication with a glass of champagne.

I am not really a morning person, so the number of breakfast radio programmes requesting live (or fairly live) interviews was something of a trial (unless they were in Australia, which was fine, as the interviews took place in the evening). On publication day, I set off at 6.30 a.m. for the BBC headquarters in Glasgow, and by 7.45 had chatted brightly to four radio stations. At that point a colleague and I were handed a news story about an Australian golf course and asked to ‘translate’ it using HTOED synonyms, thus providing an uplifting finale to the programme at 8.55. HTOED does not abound in synonyms for the creatures which apparently haunt Australian golf courses, such as kangaroos, camels, dingos, and hairy-nosed wombats. We felt that we had done pretty well to produce boomers, ships of the desert, warrigals, and hirsute-nebbed badgers. Then we returned to campus to deal with three television crews.

One learned to be tolerant of minor inaccuracies (OED is a dictionary, OUP is a publisher; HTOED contains 800,000 different meanings, not 800,000 different words). Often I longed to launch into my first-year lectures on the history of the English language, while refusing even to attempt to answer such questions as “What is the oldest word in English?”

The closing question was often on the lines of “What are you going to do now?” as if life had come to a stop when the last slip was entered in the database (by coincidence, or careful planning, the last slip was the word thesaurus itself). One interviewer had thought this through, however, taking due account of age and gender, and asked: “And now you’ve finished, have you got something else you’d like to get back to, like your garden, or a big piece of knitting?” I’d like to put it on record that I do not have, and never have had, “a big piece of knitting”.

Catching someone by the toe