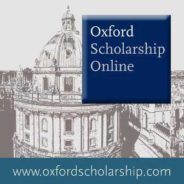 Fake, false, inaccurate, misleading, and deceptive. This rhetoric is all too familiar to the news consuming public today. But what is fake news and how does it differ from misinformation and disinformation?

Given this language and skepticism surrounding the news industry, can the media and journalists regain public trust?

The five books in this reading list explore communication challenges facing the media. Sample open chapters and discover how the industry can bridge the gaps between the public, journalism, and academia.

In News After Trump, the authors provide an in-depth look at former President Donald Trump’s relationship with the press and examine the place of journalism within a shifting media environment. Taking a forward-focused approach they propose a future in which journalists can reclaim public trust by developing a moral voice and building relationships.

Learn more in the introductory chapter, “Decentering Journalism in the Contemporary Media Culture.”

Is journalism still relevant? Journalism Research That Matters explores contemporary media industry challenges. Including perspectives from academics and journalists, this book provides a blueprint for bridging the current gap between scholarship and practice. Can they cumulatively overcome industry disruption?

In this chapter, discover “Why News Literacy Matters.”

Imagined Audiences: How Journalists Perceive and Pursue the Public by Jacob L. Nelson

In Imagined Audiences, Jacob L. Nelson addresses the current crisis facing the news industry by considering the relationship between journalists and their audiences. Do the audiences that journalists imagine match their actual readership?

Read chapter three, “The Promise of Audience Engagement,” and explore differing perspectives on whether journalists should increase their focus on audience engagement to increase media success.

Democracy without Journalism? Confronting the Misinformation Society by Victor Pickard

Contrasting current belief that the media industry has only recently fallen into crisis, in Democracy without Journalism Victor Pickard expresses that today’s misinformation society is a symptom of a flawed media structure stemming from its commercialization in the 1800s.

Read the introductory chapter and explore what happens “When Commercialism Trumps Democracy.”

In The Epistemology of Fake News explore an in-depth account of the concept of fake news, the structural mechanics that help promote it, and what can be done to rectify the current situation.

In the chapter “Speaking of Fake News,” uncover an expansive review of literary definitions and discover the importance of defining of fake news if the industry is ever to overcome such threats.

Rebecca Olley is a Marketing Executive at Oxford University Press