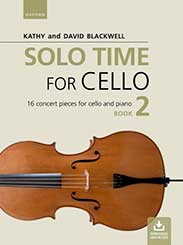 Art has always been transformed from one form to another: books to films, plays to operas, even music to novels—Beethoven’s Eroica and Anthony Burgess’s Napoleon Symphony, for example. A particularly rich example is Shakespeare’s Romeo and Juliet: based on an English narrative poem, in turn based on a French translation of an Italian tale, it’s been turned into countless films, an opera by Gounod, a ballet by Prokofiev, a Broadway show, a rock musical, and even an animation comedy about garden gnomes.

Within music, composers have been equally ready to adapt and modify. A love song of 1600 became a Baroque sacred chorale for Passiontide (Bach’s Passion Chorale), while a Bach Siciliano for flute has been reimagined as a jazz waltz by Bill Evans. In both cases the reinterpretations can be transformative, revealing striking new aspects of the original. But many arrangements are concerned more with keeping the essence of the score, while presenting it with different instrumentation, or transposed, or shorter. The rise of the piano as a domestic instrument in the nineteenth century, coupled with the paucity of readily available live concerts, created a drive to arrange classical symphonies and other works for piano duet. These generally present the content of the original in a way suitable for four hands at one keyboard—e.g., omitting some of the octave doublings—and in a manner suited to the piano—replacing a drum roll with an octave tremolo and making use of the sustaining pedal. It may not be an exact rendition of the original, but it preserves its integrity.

For musical arrangements with an educational purpose there are other considerations. Principal among these is to ensure that the arrangement suits the technical (and musical) level of the student, so that, while it may present some challenges, these are not insurmountable and are fitting for the student. The technical requirements of music exam boards present a detailed structure to guide these considerations, but even without these it is obvious that string players will only be confident exploring higher positions and more extreme flat keys after a certain amount of study, and that fast left-hand octaves and wide melodic leaps will perplex beginner pianists. To be successful, it’s important to select repertoire to arrange that is appropriate both to the instrument and to the level of the player.

“Arranging for the cello is something of a joy since it is at home in so many types of repertoire.”

Arranging for the cello is something of a joy since it is at home in so many types of repertoire and is expressive across such a wide range. Maybe its natural habitat is amongst soulful pieces with wistful or poignant melodies. Pieces such as Mascagni’s well-known “Intermezzo” from Cavalleria rusticana or Schumann’s lyrical song “Die Lotosblume”, dedicated to his wife Clara, suit the instrument perfectly. Because the cello “sings” so readily, especially on the top two strings, even melodies originally written at soprano pitch, such as Vivaldi’s “Nulla in mundo pax sincera” or the “In paradisum” that closes Fauré’s Requiem, can be transposed down an octave and still work well. At the same time, strong melodies written in a baritone range, such as Handel’s energetic aria “O Ruddier than the Cherry” from Acis and Galatea, are particularly effective. Then it is a matter of fashioning a stylish and idiomatic piano part from the original to provide an accompaniment.

Sometimes more intervention in an arrangement is needed. The original of de Falla’s song “Jota”, from Siete canciones populares espanolas, has a lively strummed guitar-like piano accompaniment, while the singer is restricted to a recurring soulful melody. The cello can do both, switching between pizzicato chords that readily imitate the guitar and the heartfelt melody. Bach, an inveterate borrower of his own and others’ music, provides another example. An aria with a significant obbligato for “violoncello piccolo” crops up in both his Hunt Cantata, BWV 208, and a later sacred cantata, BWV 68, which also introduces a joyful folk-like melody. An arrangement adding this onto the form of 208 makes a satisfying duo for cello and piano, with both parts delighting in Bach’s themes and counterpoint.

Arrangements serve a purpose of bringing fine repertoire to a new audience. With care and imagination they can be satisfying in their own right whilst also leading the curious player back to the original.

David Blackwell is co-author with his wife Kathy of the award-winning String Time titles for violin, viola, cello and ensemble.

Along with Kathy Blackwell, he has recently compiled and edited Solo Time for Cello – two volumes of concert repertoire for cello and piano, aimed at the intermediate to advanced cellist. Featuring arrangements and original pieces, these graded collections provide a diverse range of repertoire from the Baroque to the modern age and introduce players to exciting new arrangements of amongst others, Amy Beach, Florence Price, Teresa Carreño, and Samuel Coleridge-Taylor.

Classical music, privilege, and ghosts of the French Revolution

Going back to instrumental lessons