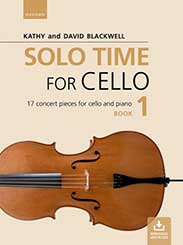 In 2022, the BBC Proms commissioned more music by female composers than music from male composers. 2022 also saw the first Black female composer write a score for the New York City Ballet company. We can celebrate that contemporary programming is increasingly embracing a wider range of voices. For historic reasons, attitudes to female education and racial prejudice among them, the arts have missed out on the rich repertoire and creativity from earlier times of many female and ethnically diverse musicians and composers—but times are changing. Here are eight composers whose music is coming into the light.

Amy Beach (1867-1944) may not have received the same opportunities as her male counterparts but despite this she became the first successful female American composer of large-scale classical music. Her “Gaelic” symphony, first performed in 1896, was the first symphony to have been written by a female American composer. Among her compositions are a Piano concerto, a string quartet, and piano pieces. Her music is tuneful and elegant, as can be heard in this arrangement for cello and piano from her Op. 25. No. 2 (Columbine).

Florence Price (1887-1953) was an African American student at the New England Conservatory of Music in Boston. It is said that she passed herself as Mexican in order to avoid the racial discrimination of the times. A prolific output of more than 300 works, including four symphonies, a piano concerto, choral compositions, and works for piano and organ have secured her reputation as an early twentieth century composer of note.

The French child prodigy Amélie-Julie Candeille (1767-1834) was something of a super-star; she not only composed music but achieved success as a singer, pianist, actor, and playwright! Her music for keyboard, often written for her own performance, is virtuosic and lies firmly in the Classical style.

The father of the French pianist and composer Cécile Chaminade (1857-1944) disapproved of her receiving a musical education. Despite this, she began studying music with her mother and became a student at the prestigious Paris Conservatoire. She wrote predominantly for the piano and had considerable success as a performer at the start of the twentieth century, giving recitals in the United States and England.

Not many people can say they have a crater on Venus named after them, or that they performed at the White House for President Abraham Lincoln, but the Venezuelan pianist and composer Teresa Carreño (1853-1917) can! She enjoyed an international career as a virtuoso pianist, giving concerts world-wide. She composed works for voice and piano, some chamber music, but wrote mainly for piano. Her music is sometimes virtuosic in style but she also had a gift for lyrical melody as heard in this expressive elegy.

The Swedish composer and conductor Elfrida Andrée (1841-1929) was one of the first female organists to be appointed in Scandinavia. She was active in the women’s movement and campaigned for a change in the law to allow women to apply for the position of cathedral organists. She wrote chamber and orchestral music, choral, and instrumental works, and two organ symphonies. Her musical style is lyrical and expressive.

The English composer and conductor Samuel Coleridge-Taylor (1875-1912) was nicknamed the “Black Mahler” by some white American musicians due to his considerable musical success. His cantata, Hiawatha’s Wedding Feast, was hugely popular and was performed frequently in Britain and around the world. He was born in London to an English mother and a father originally from Sierra Leone. In his music, for example in 24 piano pieces based on spirituals Op. 59, he aimed to integrate traditional African music into the classical tradition in the same way as composers such as Brahms had done with Hungarian folk music.

A female composer who was an exact contemporary of Mozart, Francesca Lebrun (1756-91) was a German composer and opera singer famous for her vocal range and virtuosity. It is said that she could sing the A three octaves above middle C. Her compositions include works for violin and harpsichord and they display many features of the Classical style: fast scale and arpeggio passages and straightforward phrasing and harmony.

The list could, of course, go on—Clara Schumann, Nathaniel Dett, Lucien Lambert, and many more. Indeed, now is the time to celebrate that so many previously over-looked or forgotten composers are coming into the light. In compiling Solo Time for Cello, we have endeavoured to bring this music to a wider audience in the hope that students may be inspired and encouraged to discover more.

Kathy Blackwell is a string teacher and co-author of the award winning String Time series published by Oxford University Press.

Along with David Blackwell, she has recently compiled and edited Solo Time for Cello Books 1 and 2 – two volumes of concert repertoire for cello and piano, aimed at the intermediate to advanced cellist. Featuring arrangements and original pieces, these graded collections provide a diverse range of repertoire from the Baroque to the modern age and introduce players to exciting new arrangements of amongst others, Amy Beach, Florence Price, Teresa Carreño, and Samuel Coleridge-Taylor.