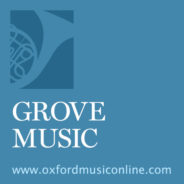 Months before the Grand Finale of the Eurovision Song Contest on 14 May 2022 in Turin, Italy, Ukraine was able to claim both moral and musical victory with its entry, the Kalush Orchestra’s “Stefania” (Stephanie). Together with the official videos of all other national entries, “Stefania” began circulating globally on multiple internet platforms in the early weeks of 2022, even as the threat of Russia’s military aggression against Ukraine intensified and then reached the full force of invasion on 24 February. As Europe itself entered a historical moment of violence, openly reminiscent of the Cold War’s division of the continent, “Stefania,” too, entered that moment, its lyrics transformed from a lullaby addressed to band member Oleh Psiuk’s mother to an anthem for Ukraine’s sovereignty as a nation. The song’s queered mix of hip-hop, folk song, and break-dancing rendered its meanings unequivocal, as mother became motherland, again and again in the refrain:

The field blooms, and it turns gray.

Sing me a lullaby, mother.

I yearn to hear your mother tongue.

First appearing in the Eurovision Song Contest in 2003, Ukraine proved itself to be one of the most successful of all national contestants, consistently placing high and performing the winning song three times (2004, 2016, 2022). Ukraine’s presence was one of paradox and poetic politics, possessing always the power to transgress the official rules meant to prevent any expression of political position. During its twenty-year Eurovision history, Ukraine, nonetheless, had supported entries that were arguably the most overtly queer (Verka Serduchka, “Dancing Lasha Tumbai,” second place in 2007) and explicitly political (Jamala, “1944,” first place in 2016). Ukrainian entries addressed national political struggles and global crisis, and they did so by largely ignoring the long preference for songs in English. The first winning song in Ukrainian and the first winning song to employ hip-hop showed no restraint in its confrontation with Eurovision norms. It broke the rules in the name of a broken Europe.

Exceptional as “Stefania” was, musically and politically, Ukraine’s Kalush Orchestra did not stand alone in Turin. The Eurovision’s infrastructure of pitting nation against nation notwithstanding, the 40 competing nations and the millions of devoted Eurovision fans worldwide mustered vocal and moral support for Ukraine with remarkable solidarity. The official policy of the Eurovision’s sponsoring organization, the European Broadcasting Union (EBU), that politics be excluded from the competition, was sidestepped, even suspended, for example, when Russia was banned from Eurovision 2022 within two days of its invasion of Ukraine. Several nations more aligned with Russia’s aggressive military actions in Eastern Europe, notably Belarus and Hungary, chose not to compete. The 14 May Grand Finale itself symbolically located the Eurovision in the historical moment by orchestrating the arrival of audiences globally as a march on the streets of Turin, protesters lifting their voices in unison to sing “All We Are Saying Is Give Peace a Chance.” The Grand Finale, viewed live by an estimated 200 million, was making clear that it could call for and act with solidarity. This would be the Eurovision Song Contest in tempore belli, in the time of war.

There could be little doubt that the Eurovision, responding to a moment when war was dividing Europe with a violence unknown on the continent since World War II, had entered a new era. The transformation of excess and spectacle, trademarks of the Eurovision, already had a history, first emerging clearly in 2020, when the Grand Prix itself was canceled, but replaced by a 16 May program of intimate performances by the national entries, often in lockdown. Individually and collectively, the competitors, who had already been chosen at the national level, made clear that the coronavirus pandemic would be engaged seriously. The return of the Eurovision to Rotterdam in 2021 and its staging in Turin in 2022 heightened that seriousness more explicitly. That the performances should address a torn Europe in time of war with solidarity surprised few.

Enhancing the seriousness of a New Eurovision was the capacity of many performers to capture and enhance many themes from the Old Eurovision. The implicit LGBTQ+ politics historically underlying many Eurosongs had become explicit, further mobilizing aesthetic solidarity. Many songs made clear that the world had yet to move beyond the coronavirus pandemic with its existential challenges to physical and mental health. Broken life and broken love converge in the metaphoric stretto of the Greek entry, Amanda Georgiadis Tenfjord’s “Die Together.”

Representing the nation in song combined the national and the international, especially the European, in forms and styles both new and old. The traditionally cosmopolitan sound of cabaret and chanson, for example, translated musically for a European Lithuania, with borders shared by the Russian Federation, in the performance of Monica Liu:

The question of a post-Cold War Europe shaped by diversity loomed large at Eurovision 2022. In the history of the Eurovision Song Contest, linguistic diversity had never been greater. In previous competitions, a Lithuanian cabaret song would surely have been performed in French. The myth that “all Eurosongs are in English” was roundly debunked in Turin, where the 25 songs of the Grand Finale employed twelve languages, including vernacular dialects and regional languages (e.g., France’s Alvan and Ahez singing “Fulenn” in Breton).

The emerging post-2020 Eurovision has also not abandoned its commitment to song itself, in all its dimensions of craft and performative power. The level of songwriting and the qualities of voice and production were especially high in Turin, and it is important as the Eurovision turns toward the future that it retains its potential to draw audiences to a changing Europe with performances such as that by third-place finisher, Chanel, whose performance of “SloMo,” as singer and dancer, was the most riveting of the Grand Finale:

In the immediate aftermath of Eurovision 2022 it is not yet possible to know whether Eurovision 2023 will take place next May in Ukraine, realizing the longstanding tradition of staging the competition in the nation of the winner from the previous year. Ukrainians and Europeans alike are unified in their solidarity that the Eurovision Song Contest sustain that tradition, further realizing the New Eurovision as it moves beyond the time of war.

Philip V. Bohlman is the Ludwig Rosenberger Distinguished Service Professor at the University of Chicago. He is an Associate Editor for Grove Music Online. His World Music: A Very Short Introduction, appeared in a Ukrainian translation by Olha Kolomyyets in 2019, and the second edition of the English version appeared in 2020.