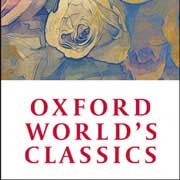 For over 100 years Oxford World’s Classics have brought readers closer to the world’s great literature, and for the first time they are being brought together on a single online resource.

From Jane Austen to Charles Dickens, Wilkie Collins to Thomas Hardy, which Oxford World's Classic will you read next?

“It is a truth universally acknowledged…” that there is no such thing as too many period dramas—at least, this remains true for those of us who are drawn to them, time and time again. Watching period dramas bring with them a sense of comfort as they transport the viewer to a world that is so unlike their own, where intense emotions are given space to breathe. In the same manner, reading books about such drama and emotion provides the reader an opportunity to closely reflect on how these situations relate back to real life.

With the start of the new seasons of Bridgerton and Sanditon—the former based on the book series by Julia Quinn and the latter based on Jane Austen’s last but unfinished novel of the same name—readers may find that they are drifting toward reading books, particularly classics, of the same nature where themes of love, betrayal, innocence, jealousy, and so much more are explored.

With that in mind, here are five books that we recommend you read if you enjoy shows like Bridgerton and Sanditon:

Wives and Daughters by Elizabeth Gaskell, edited by Angus Easson

Wives and Daughters is Gaskell’s last novel that is regarded by many as her masterpiece. Subtitled as “An Every-Day Story”, the reader is presented with observations of early nineteenth-century English life—about the hierarchies, social values, and social changes—through the eyes of Molly Gibson, daughter of the doctor in the small provincial town of Hollingford. In essence, the novel is a timeless representation of human relationships and judging people for what they are, not what they seem.

Middlemarch is considered the greatest “state of the nation” novel as it is about living with others, about growing up, losing one’s ideals, and finding them again. Set in a fictional English Midland town, the story follows the lives of many characters whose distinct stories intersect with one another’s. The novel grapples with issues such as the status of women and the nature of marriage, and explores themes of self-interest, idealism, hypocrisy, and education.

Shirley is Brontë’s only historical novel and her most topical one, and it expresses Brontë’s sense of bereavement following the deaths of her three siblings. Set against the backdrop of the Luddite uprisings in the Yorkshire textile industry, Shirley is a social novel set in 1811-12 Yorkshire where the residual effects of the industrial depression due to the Napoleonic Wars and the War of 1812 is greatly apparent.

Lorna Doone by R. D. Blackmore, edited with an introduction and notes by Sally Shuttleworth

A story set in seventeenth century rural bliss around the East Lyn Valley area of Exmoor, Lorna Doone is a tale of love and high adventure based on a group of historical characters. Sally Shuttleworth’s introduction finds a startling sub-text that rigidly defends Victorian values and portrays a “manly” hero constantly having to prove his masculinity to himself. This edition is the only critical edition of this perennially popular story.

Evelina by Frances Burney, introduction by Vivien Jones and edited by Edward A. Bloom

Evelina is Burney’s first, shortest, and most popular novel as it deals with themes still relevant today, such as the position of women in society and social ambition. This richly comic and entertaining novel delves deep into how young women navigate across the complex layers of eighteenth century society. Burney satirizes the society in which the story is set and is a perfect read for people who enjoy the work of Jane Austen whose novels explore many of the same issues.

Ashendri Wickremasinghe is a Marketing Coordinator at Oxford University Press.