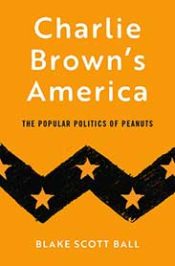 A Charlie Brown Christmas was never supposed to be a success. It hit on all the wrong beats. The pacing was slow, the voice actors were amateurs, and the music was mostly laid back piano jazz (the opening theme, “Christmas Time is Here,” carried a strange, wintery melody built on unconventional modal chord progressions). It was almost like the program was constructed as a sort of anti-pop statement. In many ways, that’s exactly what it was. And that’s exactly why it so worried the media executives who had commissioned it.

Incredibly, however, A Charlie Brown Christmas emerged from the holiday season of 1965 an unlikely and instantaneous classic, beloved by both the hip and the square in the United States. It did the incredible work of bridging the vast cleavage between the conservative and increasingly radical elements of the nation. The story of how this off-beat children’s program became a staple of modern American pop culture reveals much about the moment in which it was created and the people who fell in love with it.

The Christmas special had its origins in a television documentary that no one wanted. A young California filmmaker named Lee Mendelson had first met Charles Schulz in the early 1960s while shooting footage for a television program about Willie Mays, the famed centerfielder for the recently transplanted (1957) San Francisco Giants baseball team. Schulz, himself a recent migrant to northern California, had been at the ballpark to celebrate a Peanuts-themed event at the Giants’ Candlestick Park. After an enjoyable introduction, Mendelson had reached back out to Schulz with the idea for a documentary on Peanuts that he eventually titled A Boy Named Charlie Brown. The television documentary depicted the unassuming daily life of America’s hottest new cartoonist, from the school carpool to the drawing board to the evening at home with all his kids. Try as Mendelson might, however, he could not find a network interested in buying the program. After a year and a half of searching, it seemed that A Boy Named Charlie Brown was a loser like its namesake.

“Mendelson immediately telephoned Schulz. ‘I think I may have just sold a Charlie Brown Christmas show,’ he breathlessly announced. ‘What show might that be?’ Schulz replied a bit stunned and entirely confused. ‘The one you need to make an outline for tomorrow,’ Mendelson replied without missing a beat.”

Despite this bump in the road, filming the documentary had sparked a strong working relationship between Schulz and Mendelson. During the first half of the 1960s, Peanuts grew into a national sensation thanks to big advertising deals with Ford Motor Company, a best-selling children’s book called Happiness is a Warm Blanket, and a rapidly expanding national syndication. All of this success led to a phone call in 1965. John Allen, an advertising man from McCann-Erickson, reached out to Mendelson. Allen had known Mendelson from his many attempts at selling A Boy Named Charlie Brown. This time Allen wanted to talk about a new idea for Schulz. Coca-Cola was in search of a television special for the holiday season. Did Schulz have anything, Allen inquired. “Of course,” Mendelson lied.

Mendelson immediately telephoned Schulz. “I think I may have just sold a Charlie Brown Christmas show,” he breathlessly announced. “What show might that be?” Schulz replied a bit stunned and entirely confused. “The one you need to make an outline for tomorrow,” Mendelson replied without missing a beat.

That weekend Schulz, Mendelson, and animator Bill Melendez typed and retyped and cut and pasted a draft of the script for A Charlie Brown Christmas. By Monday morning it had reached Atlanta where it received immediate approval from Coca-Cola and was soon picked up by CBS. Now the truly difficult work began. These three men had to make a promising idea into a reality.

A Charlie Brown Christmas would later become famous for its embrace of authentic child actors, smooth jazz soundtrack, and deliberate pacing. Unmoved by the flashy, multi-colored aluminum Christmas trees in fashion at the time, Charlie Brown’s Christmas tree was a spindly, crooked sprout that could not stand up to the weight of the single ornament placed atop it. Love and teamwork (and the comfort of Linus’s security blanket wrapped at its base) transformed the pitiful sprig into just the right tree for the Peanuts kids. Fans of the program found the whole thing instantly heartwarming and refreshingly genuine. That’s not how the CBS and Coca-Cola executives initially saw it, though.

“Unmoved by the flashy, multi-colored aluminum Christmas trees in fashion at the time, Charlie Brown’s Christmas tree was a spindly, crooked sprout that could not stand up to the weight of the single ornament placed atop it.”

In a pre-release screening, moods could hardly have been more dour. “The network thought it was awful,” Mendelson remembered afterwards. None of it had the polish, flash, pizzazz they had hoped for. Most troubling of all was a section Schulz himself had insisted on adding to the final act of the program. In it Linus finally answered the question that had plagued Charlie Brown throughout the special: “Isn’t there anyone who knows what Christmas is all about?” Linus then stepped into a spotlight on the Christmas pageant stage and recited a passage from Luke 2 about the birth of Jesus. The CBS executives minced no words about the scene after their screening. “The Bible thing scares us,” one admitted.

While this might seem like a bit of surprising response to us today as we imagine the quainter times of the long 1950s, it is important to understand just how different the television landscape was in 1965. With only three national networks, television programs competed for the broadest audience possible with their programs. This meant that television executives wanted their content to be inoffensive both to viewers and advertisers (unlike our fragmented media landscape today which thrives on polarization and controversy to sustain loyal subsets of American viewers). Religion, then, was suggested in the vaguest and most ecumenical ways so as not to stir sectarian differences. This is why Linus’s monologue put knots in the executives’ stomachs. It is also why Schulz insisted on keeping it in the program despite repeated concerns from Mendelson and Melendez. “If we don’t do it, who will?” Schulz asked.

So in December 1965, A Charlie Brown Christmas ran for the first—and, CBS executives assumed, last—time. The audience response could hardly have been more surprising or overwhelming. In the days following the program, thousands of letters and postcards flooded the offices of Coca-Cola, CBS, and Charles Schulz. Viewers praised the authenticity of the special, the message of finding deeper meanings in the season’s traditions than crude consumerism, and—for the Christian subset of the audience—explicit reference to Jesus. By juggling a broadly popular message of anti-consumerism with a more niche message of religious exclusivity, Charles Schulz and his collaborators created one of the most unlikely Christmas television classics of all time.

Blake Scott Ball is Assistant Professor of History at Huntingdon College. He is the author of Charlie Brown's America published by Oxford University Press in 2021.

The history of holiday traditions [podcast]