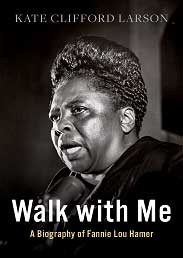 Walk with Me: A Biography of Fannie Lou Hamer

Fannie Lou Hamer was a galvanizing force of the Civil Rights movement, using her voice to advance voting rights and representation for Black Americans throughout the 1960s and 1970s. Faced with eviction, arrests, and abuse at the hands of white doctors, policemen, and others, Hamer stayed true to her faith and her conviction in non-violent progress. She helped found the Mississippi Freedom Democratic Party, ran for Congress, and was one of the first three Black women in American history to be seated on the floor of the United States House of Representatives. Hamer dedicated herself fully as a grassroots organizer of the Civil Rights movement, inspiring countless activists and pushing progress forward. This is her story. 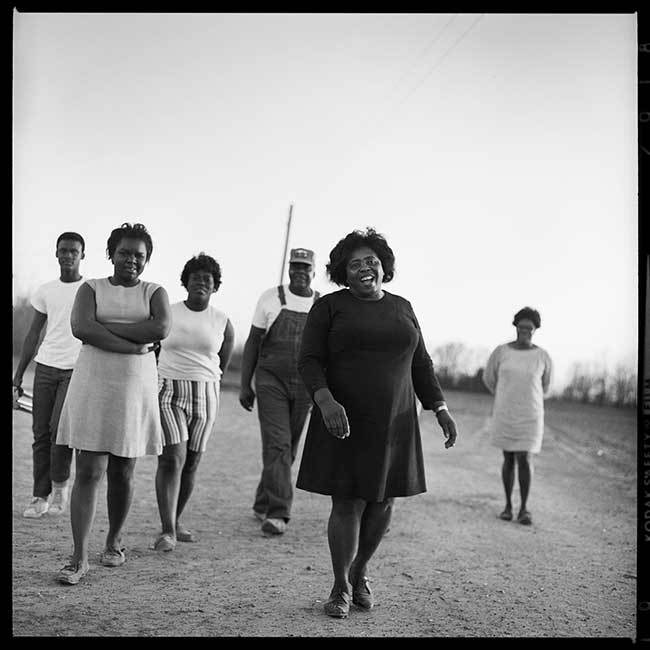 Hamer’s hard work demanding representation for Black Mississippians eventually forced the DNC to eject the Mississippi regulars and seat the new MFDP delegates, known as Loyalists, at the Democratic Party convention in Chicago. She received a standing ovation when she addressed the convention. Image: Fannie Lou Hamer with husband Pap and friends. Credit: © Bruce Davidson/Magnum Photos 1970.

Images are from Walk with Me, except where otherwise noted and linked.

Dr Kate Clifford Larson is the author of Bound for the Promised Land: Harriet Tubman, Portrait of an American Hero (a Wall Street Journal bestseller); Rosemary: The Hidden Kennedy Daughter (a New York Times bestseller); and The Assassin's Accomplice: Mary Surratt and the Plot to Kill Abraham Lincoln. She has consulted on feature film scripts, documentaries, museum exhibits, public history initiatives, and numerous publications, and appeared on CBS Sunday Morning, the BBC, PBS, C-Span, and NPR. Larson is currently a Brandeis Women's Studies Research Center Scholar and lives with her family outside Boston.