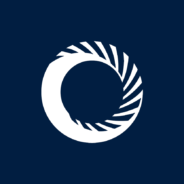 Find out more about open access at Oxford University Press, from our journals and books, to our open access outreach.

Many people will be familiar with some version of the joke about a traveller asking a local for directions, only to be told that “I wouldn’t start from here.” The obvious humour lies in the seeming stupidity of the local in failing to recognise how useless their advice is to someone who is clearly “here.” But perhaps the longevity of that joke is that its gem of a punchline sparkles with truths about location and perception, as well as about individual knowledge and frustration.

From where to start is one of the drivers for the SHAPE (Social Sciences, Humanities, and the Arts for People and the Economy) initiative, which was launched earlier this year by a number of leading arts and humanities institutions in the UK, including the British Academy with support from OUP. SHAPE aims to do a better job of representing the value of its disciplines to society as a counterpoint to the recognisable identity afforded to STEM (Science, Technology, Engineering, and Mathematics). The initiative recognises that SHAPE researchers have different concerns and needs from their colleagues in STEM, and OUP will continue to explore how open research can be developed in a way which is sensitive to the social sciences and humanities and deliver genuine benefits in the way that research is conducted and shared. As a university press, as noted in the blog post by Rhodri Jackson earlier this week, we believe that a more open world should work for everyone and that the transition towards open research must be an inclusive process.

Opening up the monograph

Is there an argument that open access advocacy in SHAPE has been a little like the traveller and the local? And, if not starting from here, does open research perhaps offer a better way of getting there? There is plenty of evidence in the recent history of open access that researchers in SHAPE have often seen the open access movement as an outsider engaged in a pointless perambulation, insensitive to the landscape and ecology of local research, and keen to parade a scientific wardrobe that is ill-suited to the contours and climate of both.

For example, the research article as the write-up of an experiment seemed some way away from the long-form research process which resulted in a monograph, a complex and multivalent object serving a broader range of purposes. As Geoffrey Crossick argues:

“The monograph has a central place in the culture and ecology of research publication in the arts and humanities, and is important in most of the social sciences. These disciplines—containing as they do about half of the UK’s research-active academics—should therefore not be seen as some awkward outlier destined to converge over time on the science model of publication by journal article and refereed conference proceedings.”

As noted with our colleagues at the University of Oxford, we strongly support the opening of long-form research, which is fundamental to SHAPE, provided we can continue to fulfil our mission and add value though high-quality monograph publishing.

SHAPE research has parallels with design thinking. It is synthetic and creative, and the monograph remains a highly flexible project envelope. Analogous to a cell membrane, it provides the means through which elements of research can be introduced, arranged, leveraged, adapted, or removed, according to the way that the particular research develops.

The gift of time

Successful change requires engagement and is best achieved through a combination of both delivering recognisable benefits and minimising the cost of making the change. Arguably, for today’s researcher the most valuable commodity is time. The developments we are seeing within the broader space of open research may provide a better solution to that equation for SHAPE researchers by aligning with initiatives which are already in train in the SHAPE disciplines and which do offer a cumulative benefit in time savings over the full life of a research project.

First, there is a coalescence of methods and tools within the Digital Humanities, which is both a movement at the higher order and a set of specific disciplinary specialisms—and both of which have implications, and opportunities, for the ongoing development of research skills and culture. One example is Humanities Commons. It’s a purpose built open-source platform which supports communication and collaboration for SHAPE researchers. Earlier this month it received a $971,000, five-year grant from the Andrew W. Mellon Foundation to support its ongoing development.

The challenge is also being taken up by the UK Software Sustainability Institute (SSI), which is currently investigating requirements around digital tools and methodologies in SHAPE on behalf of the Arts and Humanities Research Council. The SSI is looking at both existing digital practices but also the council’s ideas for how research practices could be better supported by technology in future. The SSI is also playing a leading role in developing definitions of discrete professional research roles and skill sets which exist, and need to be better recognised, within both SHAPE and STEM.

Framework for the future

A flexible approach to research, as is characteristic of SHAPE, can still involve recognised stages, workflows, and objects. A systems thinking approach, as evidenced by the SSI, will help reflect the changing research environment but also provide a platform for new standards and tools which are properly embedded in SHAPE research. Both Humanities Commons and the SSI represent avenues through which open research and open data can percolate through SHAPE.

Martin Eve, in his book Open Access and the Humanities, called for a “definitional framework for why the monograph should be thought of differently” in order to understand its role within an open-access world, and said that it was necessary “ to ask what the monograph is for; how it is produced; and why it should be seen as different from other forms.”

Open research may be the route to surfacing that definitional framework. By delivering the benefits of open research to researchers in SHAPE disciplines, research will become more visible at earlier stages in the research cycle, which will, in turn, provide a platform for earlier engagement by both researchers and policy and knowledge workers. In turn, the tools and techniques of open research will also deliver open access in a way that is understood and managed by the SHAPE community. They just won’t have started from here.

How is OUP contributing to the open research landscape today?

How OUP is innovating for the future of open research