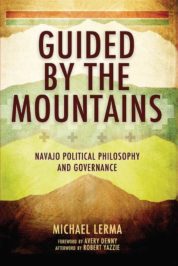 Guided by the Mountains

On 27 May 2021, a mass grave containing approximately 215 bodies was discovered in British Columbia—bodies? No, the corpses of little boys and little girls. The Kamloops Indian Residential School was part of a systematic Indigenous youth educational effort in Canada, with comparable projects in the United States, the purpose and intent of which is hotly debated today.

Some used to say the schools were meant to civilize Indian children. It was assumed that Indian kids were savages that needed to be separated from their parents and taught how to dress and behave while being indoctrinated with Christianity. Some of my colleagues and mentors, however, accuse these schools of trying to erase us. The program, in Canada, ran from 1831 to 1996.

Since the discovery, former residential schools for Indigenous children in Canada and the United States are being re-examined. On 24 June 2021, at least 600 unmarked graves were discovered at the former Marieval Residential School in Saskatchewan. On 15 July 2021, it was reported that nine children were returned to their homeland after spending over a century at the Carlisle Indian Industrial School in Pennsylvania—at the Carlisle graveyard.

My initial reaction to all of this was nonchalant. Not because I don’t care, but because I thought this was old news. Just like Columbus “discovered” a land not requiring discovery, these graveyards are a well-known secret. I had always assumed that everyone understood that settler colony projects considered Indigenous individuals as expendable. Just another day in an ongoing genocide. But, for many people, it was a shock and a shameful reminder that Indigenous peoples have only recently been considered human.

I began truly engaging with the horrors of assimilation practices in my twenties, when I first read Skull Wars: Kennewick Man, Archaeology, and the Battle for Native American Identity by David Hurst Thomas. This book is not about boarding schools, but through the story of a dispute over a 9,000-year-old skeleton, it illustrates how Indigenous life does not seem to warrant respect, even after we have been returned to the earth.

Further evidence abounds: between 1846 and 1873, a Native American genocide was carried out in California in the name of democracy, as chronicled in Brendan C. Lindsay’s book Murder State. At the Wounded Knee Massacre, the US military murdered approximately 250-300 Lakota people. Too many of us have been murdered, accidently killed, buried, dug up, placed in museums, used to carry out war, used as subjects of experimentation, subjected to substandard healthcare, and the list goes on.

How can anyone not draw the same conclusion that I had: that to the dominant policy makers of the last 150 years, Native lives do not matter?

Perhaps I was rare, however, in that I knew those who considered Indigenous life to be expendable were wrong. My first sustained intersection with the subject of boarding school survivors came from my reading of The Surrounded, a novel by D’Arcy McNickle. I rooted for the character Mike as he struggled to “remember” his roots and lodged a sincere protest by refusing to cut his hair.

This morning, I watched my three-year-old son play and snuggle with his mother. He is learning Dził Biyiin, or mountain songs, in Diné Bizaad (Navajo language). His hair is starting to get long. He will not ever feel shame from within his family about his choices and his pursuit of the Corn Pollen Pathway. I will teach him Shash Biyiin, bear songs, soon so that he can protect himself from spiritual attacks. In this world that we live in, he will need them.

Today, it’s really hard to imagine how those children, buried long ago but never forgotten, are actually old enough to be my great grandparents. Did they pray for children like us to speak for them? Did they ask that one day the songs, the prayers, the resistance, and the smiles would return? Our children are the answers to our ancestor’s prayers when they were stolen. I wonder if those little ones had a moment to acknowledge their traditional homelands and directions as they were being kidnapped. I wonder if they knew they would never see their homeland again.

It is assumed that when an elder passes on with great knowledge, that knowledge is lost forever. From an alternative point of view, that is not always so. There are a number of accounts within the Navajo origin story that tell of underestimated individuals guided toward the understanding and application of ceremonial knowledge by the Holy People. Creator gives us healers and leaders when needed. Many families still pray that the future will bring answers and solutions, leaders and healers, in the form of our children. We pray that the Holy People will restore what has been lost. I imagine that those kids did the same thing.

Today, the world can witness everything that used to be a well-known secret. We can watch dehumanized “suspects” dying with a knee on their necks. But we can also choose to seek peace and to humanize our relatives. Empathy is the key to our collective healing. When we forget that someone is human, we forget they deserve to live and breathe. Then we start creating caricatures of them and they become mascots or targets. But they are human. They are children of the Creator. This sentiment was recently and beautifully sung by Thee Sacred Souls in their song “Give Us Justice”:

It could’ve been me

Lyin’ on the concrete

There’s a knee against my neck

Pleadin’ for my breath

Michael Lerma, Purépecha, is Dean of the School of Business and Social Science at Diné College. He is the author of Guided by the Mountains: Navajo Political Philosophy and Governance (OUP, 2017) and Indigenous Sovereignty in the 21st Century: Knowledge for the Indigenous Spring (Florida Academic Press, 2014).