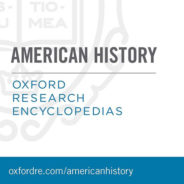 The recent spate of discrimination, harassment, and violence against Asian Americans has erupted amidst a campaign of fearmongering and disinformation that blames Asian people for the COVID-19 crisis. Rather than being a new phenomenon, the portrayal of Asian Americans as vectors of disease harkens back to a long, sordid, and violent history of anti-Asian racism and nativism.

The nineteenth-century anti-Chinese movement that culminated in the passage of the 1882 Chinese Exclusion Act focused on the many ills supposedly borne by Chinese immigrants, including prostitution, drugs, labor competition, and—most apropos to the present moment—disease. As historians including Erika Lee, Natalia Molina, and John McKiernan-Gonzalez have shown, people of color and immigrants in the nineteenth and twentieth centuries frequently faced what Alan Kraut has called “medicalized nativism,” or stigmatization based on a perceived association with disease. Quarantines, border enforcement, and segregation motivated by public health concerns have functioned as racial markers delineating the line between putatively desirable, healthy citizens and those who are marked as undesirable, diseased aliens and outsiders. In the specific case of Chinese immigrants, historian Nayan Shah has demonstrated how nineteenth-century health officials in San Francisco unequivocally condemned Chinese people as an inferior, contaminated race and scapegoated them as an entire people for the spread of contagious diseases.

From the outset of the pandemic, President Donald Trump repeatedly referred to COVID-19 as the “China Flu” and “Kung Flu”—both terms that cemented the association of the virus with Asian bodies and thus racialized a pathogen that respects no national borders. Fox News amplified this xenophobic portrayal of the virus as a threat to be blamed on Asian people.  Fueled by this context, the skyrocketing number of incidents of anti-Asian bias have included verbal and online harassment, discrimination and denial of service, vandalism, physical assault, and even murder. The group Stop AAPI Hate collected reports of nearly 3,800 anti-Asian bias related incidents in just under a year beginning in March 2020. In contrast, although the numbers are not strictly comparable, the FBI reported 158 incidents of anti-Asian hate crimes in 2019. Many of the pandemic-era perpetrators attacked their victims both by using racial slurs and accusing them of being the cause of the contagion. The epidemic of violence against Asian Americans has spread across the nation. In Oakland, California, an elderly man was assaulted in Chinatown and later died, one of the victims of eighteen crimes targeting Asian Americans in the area during a two-week period in February 2021. The historic Higashi Honganji Buddhist Temple in Los Angeles’s Little Tokyo suffered vandalism and arson, and although police declined to label the incident a hate crime pending investigation, the symbolism of striking at one of the city’s most historic and visible symbols of Asian American culture could hardly be more pointed. In New York City, racially motivated crimes against Asian Americans spiked nearly tenfold to 29 in 2020 (from three the previous year), with the great majority being attributed by the NYPD to “coronavirus motivation.”

On 17 March  2021, early reports indicated eight women were murdered in Atlanta-area massage parlors—six of whom were Asian American, leaving open the question of racial bias. Cherokee County Sheriff Captain Jay Baker, who characterized the shooter as having had “a bad day,” previously hawked T-shirts with a logo reading, “COVID 19 Imported Virus from Chy-Na” in homage to Donald Trump’s tortured pronunciation. If the investigation remains in the hands of law enforcement officers who, like Baker, are so callous and proud to proclaim their racism, it would be far from shocking to end up with a verdict that the shooter acted out of sexual frustration rather than racism. Regardless of whether the shooter committed a hate crime based on the race of his victims, it should be crystal clear that he committed a hate crime based on horrific misogyny. The Atlanta homicides recall another mass shooting in which Asian Americans suffered great tragedy yet were racially erased. The 1989 Stockton schoolyard shooting, in which Patrick Purdy murdered five Cambodian and Vietnamese children aged six to nine, sparked national outrage against the availability of assault rifles and inspired the passage of a federal assault weapons ban. Less attention was paid to the fact that Purdy was a white supremacist who railed against Asians stealing American jobs and no national hate crime legislation ensued from the mass killing of Asian American children.

Times of crisis produce resistance. Asian American and Pacific Islander people have rallied to document and protest discrimination, harassment, and violence, and protect vulnerable members of our communities. As I have argued elsewhere, the very identity of “Asian American” as encompassing a multitude of people with varying ethnicities, nationalities, cultures, and languages emerged through 1960s activism against racism. We cannot understand what it means to be Asian American except through comprehending how white supremacy oppresses people of Asian ancestry as part of a complex of power that exploits, delegitimates, excludes, and violates Black, Indigenous, and Latinx people in both parallel and divergent ways. The President of the Association for Asian American Studies, Jennifer Ho, briefly yet eloquently lays out the case that the fight to eliminate anti-Asian racism can only succeed by creating a just and equitable society for all BIPOC (Black, Indigenous, and People of Color) members of society. That such activism remains as necessary in the twenty-first century as it was in the nineteenth suggests the deep entrenchment of racism in US institutions and society. But the fact that the struggles of today are so frequently waged by building coalitions and solidarity among BIPOC people should give us hope for the future.

Daryl Joji Maeda is Associate Dean for Student Success and Associate Professor of Ethnic Studies, University of Colorado Boulder and has long studied Asian American history and culture. Is the author of the Oxford Research Encyclopedia of American History article "The Asian American Movement."