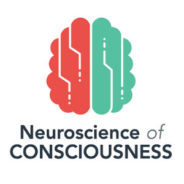 Imagine you are the victim of an unfortunate accident. A car crash, perhaps, or a fall down the stairs. After some time, you regain awareness. Sounds return, smells greet your nostrils, textures kiss your skin. Unable to move or speak, you lie helpless in your hospital bed. How would anyone know that you—your thoughts, feelings, and experiences—are still there?

Doctors might look at your brainwave activity, as measured by an EEG device, to see if anyone’s home. What frequencies of activity does your brain produce? One brain rhythm your doctor might look for is called “delta.” This slow activity, one to four cycles per second, generally tells us that the cerebral cortex is offline and that the mind is plunged into unconsciousness. It is seen in dreamless sleep and under anesthesia.

Delta activity might suggest to your doctor that no one is home, that you have no more awareness or feeling than someone in a dreamless sleep. But this assumption may be wrong. My recent research with Angelman syndrome, a rare disorder caused by dysfunction of the gene UBE3A, shows that children with this disorder who are unambiguously awake and conscious still show massive delta activity in their EEGs. These children have delayed development, intellectual disability, and often seizures. Some of them cannot communicate without gestures or special devices. But they can clearly feed themselves, play with other children, respond to environmental cues, and follow simple commands from their parents. In other words, there’s no question that they are conscious. So why are their brains generating delta activity, a signature of unconsciousness, while they are wide awake?

The short answer is, nobody knows. But studying these children may be key to developing better biomarkers of consciousness that can be used to determine whether unresponsive brain-injured patients are covertly conscious—that is, conscious without the accompanying behaviors that usually tell us that someone is conscious.

Besides delta activity, another EEG feature that relates to consciousness is the complexity of the EEG signal. This can be measured in various ways, such as looking for reoccurring patterns in the EEG signal or measuring how difficult the signal is to compress (on your computer, think about zipping an image of a Vermeer painting—complex—versus zipping an image of a Rothko painting—simple). We already know EEG complexity is diminished during dreamless sleep and anesthesia. Interestingly, it is also increased by psychedelic drugs that induce hallucinations. But in Angelman syndrome, where the rules of delta seem not to apply, will EEG complexity still track consciousness?

As we already expected, delta activity appeared very strong both when children with Angelman syndrome were awake and asleep. However, a thin slice of the delta spectrum was modulated by sleep. Specifically, the delta waves between one and two cycles per second were enhanced when the children napped. Delta waves between two and four cycles per second, on the other hand, did not show much modulation, as this portion of the delta spectrum appears to mostly reflect abnormalities in Angelman syndrome.

But what about the EEG complexity? As it turns out, this biomarker of consciousness passed the Angelman syndrome test with flying colors. Both measures of EEG complexity based on reoccurring patterns and compression were greatly diminished when the children napped. While EEG activity is rich and varied when children with Angelman syndrome are awake, it becomes repetitive and predictable when they are asleep.

The results of this experiment are highly encouraging: we can use EEG signal complexity to track consciousness, even under circumstances where brain activity is highly abnormal. Of course, children with Angelman syndrome look very different from the patient who you imagined yourself as at the beginning of this post. But the bottom line is that we may never find universal biomarkers of consciousness by only studying healthy brains. Looking at many different brains—those that are healthy and those that are affected by various diseases—and searching for universal patterns is a better strategy, one that is more likely to translate to severely brain-injured patients in the intensive care units of hospitals.

Given the overwhelming evidence relating EEG signal complexity to consciousness, I believe this metric will likely be used in clinics in the near future to measure patients’ level of consciousness. However, some debate still exists regarding the best context for taking these measurements. Is it better to look at the EEG complexity in response to magnetic brain stimulation, thus revealing the brain’s capacity to respond to a gentle “push”? Or it is better to look at the spontaneous EEG complexity, when the brain is minding its own business, so to speak? In our study, we took the latter approach, which is certainly easier in young children with neurodevelopmental disorders. However, the former approach, which uses a coil of wire held above the head to stimulate the brain noninvasively, has accumulated very strong evidence in the past decade as a nearly perfect measure of conscious state.

The above technique, called the perturbational complexity index or PCI, has never been studied in Angelman syndrome. We do not know yet whether the abnormal brain dynamics seen in children with Angelman syndrome would trick PCI into giving a false negative result (that the children are unconscious when they are in fact awake and conscious), or if PCI would ace the test. But there is only one way to find out. The next step in this research will be to test PCI in children with Angelman syndrome. If it succeeds, then we are one step closer to building a “consciousness detector” for clinical use. If not, then back to the drawing board.

Joel Frohlich is a postdoctoral researcher studying consciousness in the Monti Lab at UCLA. He received his PhD in neuroscience from UCLA in 2018. He is a columnist and former editor-in-chief for Knowing Neurons, and is the lead author on "High-voltage, diffuse delta rhythms coincide with wakeful consciousness and complexity in Angelman syndrome" published in Neuroscience of Consciousness.

Does Consciousness Have a Function?