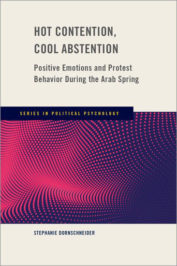 Ten years ago, masses marched to Midan Tahrir in Cairo, triggering a protest movement that resulted in the resignation of President Hosni Mubarak. “People are fed up of Mubarak and of his dictatorship and of his torture chambers and of his failed economic policies,” an Egyptian blogger told al-Jazeera at the time: “If Mubarak is not overthrown tomorrow then it will be the day after. If it’s not the day after it’s going to be next week.”

Ten years later, Mubarak is gone, but the country remains under the tight grip of a military leader, who recently extended his rule until 2030. Since April 2017, President Abdel Fattah al-Sisi has upheld a state of emergency which provides his security forces, known to terrorize political opponents and ordinary citizens, with unchecked power. In 2019, Human Rights Watch reported that 2,000 independent organizations have been shut down, including the Nadeem Centre for victims of torture and violence. In December 2020, the EU warned that the human rights situation in Egypt had deteriorated sharply over the last year, citing the arbitrary detainment of 4,000 citizens, imprisonment of 60,000 people on political grounds, the systematic enforced disappearance of political opponents, grave violations to the right to  life, and more.

In this climate, could we expect new mass protests to mark the ten-year anniversary of the Arab Spring? Based on interviews with participants and non-participants in the 2011 Egyptian and Moroccan uprisings, new research investigates the cognitive processes underlying the protests. The findings show that individuals joined the uprisings based on hot, positive emotions, which translated into protest decision with great speed. In contrast, decisions to stay at home were based on slow and cool reasoning processes focused on individual safety.

Safety considerations were so strong that they encouraged large numbers of people to abstain from the Arab Spring even if individuals approved of the protests and rejected the ruling regime. In the words of a non-participant: “When people are killed, we must be careful. There are more important things than protest: safety and stability.” On the other hand, positive emotions of courage to face the government, hope that protest would succeed, solidarity with other protestors, and national pride were major contributors to the Arab Spring. These emotions were themselves triggered by the successful mass uprisings in Tunisia, unprecedented numbers of protest at home, and fellow citizens sacrificing their lives to face violent state authorities.

The current situation does not display these emotional triggers, but countless grounds for safety concerns. Nevertheless, hot cognition and emotion-based reasoning happen fast, and researchers have observed that mass protests take off very suddenly, so that they “will unavoidably continue to catch the world by surprise.” When Mohamed Bouazizi set himself on fire, nobody would have anticipated the subsequent Arab Spring. Similar triggers will occur in the Arab world, with the potential of translating into new uprisings. In the words of a Moroccan participant of the Arab Spring: “I am convinced that totalitarianism will disappear. For me it is not a question if that will happen, but how that will happen.”

Stephanie Dornschneider is an Assistant Professor in the School of Politics and International Relations at University College Dublin. Her research focuses on the Middle East, political psychology, as well as violent and nonviolent resistance. She is the author of Hot Contention, Cool Abstention. Positive Emotions and Protest Behavior During the Arab Spring.