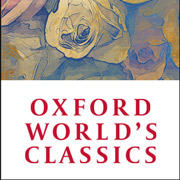 No one has a duty to like Shakespeare, just as no one is obliged to prefer coffee to tea, or classical music to pop, or soap operas to documentaries. On the other hand, just as it is highly inconvenient to know nothing about the internet, or how to boil an egg, so it is liable to cause problems, and to be a source of embarrassment, to know nothing about Shakespeare. He is all around us, on the television and the radio, in films and in newspapers, in popular as well as high culture. All this makes it inevitable that educators feel that people should be introduced to Shakespeare at an early age, that his writings should be taught in schools, and that young people should be encouraged, even required, both to learn something about his life, his times, and his writings, and to experience his plays on the page and on the stage, on films and on television, at first hand or in mediated form.

The problem for teachers is to decide when to introduce their students to Shakespeare’s work, and in what way to do so. The easiest and cheapest way is through the printed word, by getting them to read plays either in mediated form, such as prose retellings, or through direct exposure to the texts themselves. The Lambs’ Tales from Shakespeare have been an incredibly popular introduction to Shakespeare ever since they first appeared, early in the nineteenth century, and generations of aunts and uncles have bestowed them upon the innocent young with well-meaning benevolence. Umpteen editions, many of them illustrated, some even annotated, are still on the market, advertised as classics in their own right. I find them patronising in tone, tediously moralistic, and stylistically outdated and should steer children well away from them. If direct contact with the original texts is regarded as initially unpalatable, more modern retellings such as Leon Garfield’s Shakespeare Stories, or, for the very young, the BBC series of half hour animated films, or even comic strip versions with lurid illustrations – some of which give complete texts in their speech bubbles – may be preferable.

Encouraging children to see feature films based on the plays, or theatrical productions, might seem to be an ideal introduction, but it has its hazards. Taking a group of thirty or so young teenagers to undergo what they may see as a compulsory indoctrination to a cultural experience tends to bring out the worst in them, their resentment expressed in derisive mob behaviour. I have vivid memories of a matinee of Macbeth at Stratford ruined for me because I was seated in the midst of a group of young people who lounged, chewed, giggled and chatted through the performance with no regard for their fellow theatregoers.

“It is indeed worth making an intellectual and imaginative effort to enter the magical worlds of A Midsummer Night’s Dream and Macbeth, The Tempest, Hamlet, Romeo and Juliet, and all the other masterpieces that are there for the asking.”

No, there has to come a point at which there is nothing else for it but to sit the pupils down in a classroom with their books before them and a teacher to take the lead. Even at this stage there are various possible techniques. Reading round the class with no allocation of individual roles, and with interruption for the explanation of difficulties, can be a pretty deadening experience, slowing everyone down to the pace of the least confident readers. Slightly better is class reading with allocation of individual roles, but that is liable to lead to accusations of favouritism and to boredom on the part of those who get only minor parts. Acting scenes out in front of the class by selected pupils can be more fun. I have vivid memories as an eleven-year-old of standing, book in one hand and a ruler (in place of a sword) in the other, while reading Brutus with a fellow-pupil as Cassius in the fight scene from Julius Caesar. But I’m glad it wasn’t the balcony scene from Romeo and Juliet.

But for me, and I’m sure for many others, the key factor in developing an interest in Shakespeare – in my case one that has inspired a long lifetime’s dedication to his works – is an inspirational teacher. Let me name him: E. J. C. – known familiarly to his pupils as Josh – Large, of Kingston High School, Hull, during the 1940s. He would allocate roles among members of the class – not allowing any sense of false modesty to deter him from taking the leads himself – and we would read aloud with as much attempt at dramatic effect as we could muster, stopping only when difficulties had to be explained. Mr Large’s enthusiasm, his passion for the texts we were studying, and his ability to transmit this to receptive young minds, opened the way to previously undreamt-of imaginative landscapes and ultimately, for me at least, to a lifetime of both personal and professional engagement with Shakespeare. It had a similar effect on others too. Another of Mr Large’s pupils was the actor Sir Tom Courtenay, who has played many leading Shakespeare roles.

Obviously, study of the texts requires editions of the plays themselves. At one time editions intended for schools were regularly expurgated and annotated as if they were classical texts, with notes on grammar and etymology, paying no attention to their theatrical qualities. Happily that has changed. Editions specifically prepared with young people in mind are readily available, and teachers often work with editions prepared for a general readership. Here, as General Editor of such an edition, I have to declare a special interest. In determining the editorial principles for the editions of plays now marketed under the banner of World’s Classics, I determined that in so far as possible they would, while aiming at the highest standards of scholarly excellence, avoid scholarly and critical jargon and present their texts with introductory material and annotations that paid full regard to their theatrical qualities and to the multiplicity of significance that they have revealed in performance over the centuries since they were written. Teachers armed with editions such as these, and fortified with their own skills and enthusiasm, can step forth in the strong hope of convincing even recalcitrant students that, whatever rival attractions there may be, it is indeed worth making an intellectual and imaginative effort to enter the magical worlds of A Midsummer Night’s Dream and Macbeth, The Tempest, Hamlet, Romeo and Juliet, and all the other masterpieces that are there for the asking.