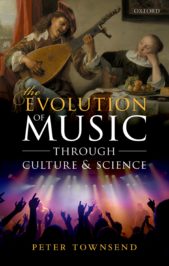 The Evolution of Music through Culture and Science

Successful composers, authors, and scientists have distinctive writing styles which define all their works. They are rarely in isolation from their contemporaries, so their work is inherently time stamped. Similarities can exist with their students and followers, so they set the pattern of writing over one or two generations.

The normal assumption is that the evolution of music has been primarily from emulation of winners and current fashion. Certainly, this is a major factor, but it overlooks extremely significant input from science and technology. Historically, early inputs came from the development of the printing press and the invention of musical notation, allowing music to be transmitted widely. Early instruments were invariably of low volume designed for a very small audience and composers recognised this and wrote appropriately. Performers were rarely happy and there are many examples of instruments, such as early pianos, being destroyed by artists eager for a stronger sound. Improved piano concepts and construction offered more power and so composers changed style. The forte pianos of around 1800 had only around one thousandth the power of a modern concert grand. Trumpets originally only had a few notes achieved by lip control, but additions of keys and extra plumbing gave them a wider range and a full chromatic scale. Totally new instruments such as the saxophone similarly opened greater musical opportunities. Architecture and acoustics introduced better and larger concert halls, which again changed musical composition. Larger audiences financed bigger orchestras. Even violins created by Antonio Stradivari have been modified internally. Science continues to drive musical innovation.

The most cited scientific input came from efforts to make musical recordings. This led  to microphones, amplifiers, and electronics. Today’s musical electronics include keyboards and synthesisers. Music was the key stimulus of our modern electronic world! Wide dissemination of music via records and broadcasting helped promote access to music from across the globe. Science has then capitalised on the recording demand with inventions of vinyl records, magnetic tape, and CDs.

Each technology emerged, dominated, and then faded in roughly 25 years (a generation). The CD market has been displaced by the use of downloads and then streaming. Musically there some downsides to music associated with these inventions. The transmitted frequency response, dynamic range and presence from a live event cannot be delivered through electronic recordings. The simulations may be good, and errors of performance corrected, and soloists amplified, but the listening experience is very different. Repeated listening to this sanitized music also changes our expectations of what to expect in a concert. Streaming has also reduced revenue for recording artists and companies.

Another change is the use by broadcasters and recording companies to use only snippets of a very limited repertoire of familiar music. Streaming, and especially in the form of play-lists, have introduced another problem. Because lists are generated by algorithm based on history, listeners don’t automatically explore anything outside of their initial perspectives. This is a significant disservice to music. The only solution is to consciously explore pieces we had not previously listened to and attend live concerts to rekindle the excitement and adrenaline of real performance.

Peter Townsend is emeritus professor of physics at the University of Sussex. His music commenced with violin lessons at the age of 4, he has played in quartets and orchestras, researched violin making techniques, lectured on physics of music, and sings (baritone). His research in physics and engineering is unusually diverse with topics ranging from luminescence, ion implanted waveguide lasers, optical detection of breast cancer (Descartes prize finalist), to archaeology and geology. He has also worked on commercial engineering products. He has PhD and DSc degrees plus honorary doctorates from both the Autonoma Universidad de Madrid and the Bulgarian Academy of Sciences. His scientific outputs include some 550 publications, 7 books plus patents.