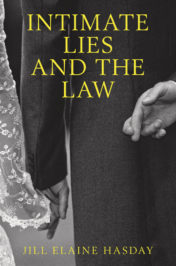 Intimate Lies and the Law

Deception pervades intimacy. One reason is that deceivers stand to gain so much. A married man might falsely present himself as single so he can lure someone new into a sexual relationship. A girlfriend might deceive her boyfriend into thinking that she has been faithful so he will not leave her. A son might deceive his parents so they do not realize that he is using the money they send for tuition to fund his gambling addiction. A non-citizen might dupe a citizen into marriage in order to acquire the legal right to live and work in the United States. A stay-at-home wife without her own income might lie to her husband about household expenses as a way of accumulating cash she can spend without his approval.

Another reason deception is common in intimacy is that many would-be deceivers are confident that their deceit will not be discovered. Indeed, uncovering an intimate’s deception can be extremely difficult, even for a person of average or above-average shrewdness and sophistication. First, we have much less ability to spot deception than we like to believe and detecting deception from someone close to us may be especially challenging. Second, strong social norms urge us to trust our intimates rather than investigate them. Third, even if we would like to disregard those norms, it is often difficult to mount an investigation without the detective work jeopardizing the relationship because the investigated person finds out about the sleuthing. There are practical obstacles to investigating without the subject’s knowledge. Your intimate may discover that you have been following him, interrogating his friends, or searching his garbage. Moreover, there are legal obstacles to investigating without first obtaining permission. Perusing someone’s tax returns, credit reports, or email without authorization is against the law—and for good reason.

The consequences of intimate deception can be life-changing. They include financial losses, violations of sexual autonomy and bodily integrity, lost time, missed opportunities, and emotional distress and devastation.

So how does the law respond to duplicity within dating, sex, marriage, and family life? People often assume that intimate deception operates in a completely private realm where courts and legislatures play no role. In fact, deception within intimacy is a perennial issue for the law because it is such a prevalent part of life. An enormous body of law governs intimate deception, but this legal regulation has been overlooked and under-examined.

An enormous body of law governs intimate deception, but this legal regulation has been overlooked and under-examined.

The law tends to protect intimate deceivers and to deny help to the people they deceived. Courts routinely tell deceived intimates that even if they can prove all the elements of a tort claim for misrepresentation, battery, intentional infliction of emotional distress, or the like, they cannot access those remedies because they were duped by an intimate rather than a stranger.

For example, Paula Bonhomme reported that she connected with a man on an internet chatroom, who proceeded to spend almost two years emotionally abusing her while extracting more than ten thousand dollars in gifts. Paula eventually learned that she had been exchanging phone calls, messages, and packages with someone who did not exist. She contended that a woman named Janna St. James had invented a fake persona to lure her into endless interactions and manipulate her financially and emotionally. Paula sued Janna for fraudulent misrepresentation, and her allegations appeared to satisfy all the elements of that tort. Nonetheless, the Illinois Supreme Court held that Paula’s suit could not proceed, on the (strained) theory that Paula was suing an intimate.

We need a transformation in the law governing intimate deception. When a deceived intimate seeks redress in court, judges should begin with a rebuttable presumption that she will have access to the same remedies that the legal system makes available for equivalent deception outside of intimacy. If a person could sue a deceptive stranger for stealing her money, causing her physical injury, or inflicting emotional harm, she should be able to present the same evidence and bring the same claims when her deceiver is an intimate.

The law can also do a better job of regulating intimate deception before any lawsuit is brought. Avoiding injury is better than having a right to redress after being harmed and many people will not sue, even if their chances of prevailing in court improve.

Intimate deception generally causes less damage if it is unmasked sooner rather than later. So legislatures should look for opportunities to help people discover whether an intimate is deceiving them when that can be accomplished without jeopardizing privacy, liberty, or security. For example, states might cooperate to create a database that consolidates public records on marriages, divorces, and bigamy convictions. Such a database would make it easier to discover whether a lover—or fiancé—is as unmarried as he claims to be.

Similarly, intimate deception will cause less injury if the law limits the damage that a duplicitous person can inflict without his intimate’s knowledge. Too often, the law does nothing to stop a married person from taking joint property for his own purposes or from secretly accumulating debts that his spouse will be obligated to pay. States should make it harder for a married person to expropriate joint assets without his spouse’s consent where such safeguards can be imposed without unduly burdening everyday transactions.

Jill Elaine Hasday is a Distinguished McKnight University Professor and the Centennial Professor of Law at the University of Minnesota Law School. She is the author of Intimate Lies and the Law.

How technology is changing reproduction and the law