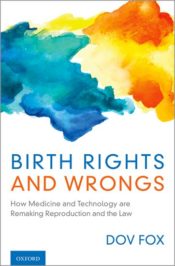 Millions of Americans rely on the likes of birth control, IVF, and genetic testing to make plans as intimate and far-reaching as any they ever make. This is no less than the medicine of miracles. It fills empty cradles, frees families from terrible disease, and empowers them to fashion their lives on their own terms. But every year, thousands of accidents happen: Pharmacists mix up pills. Lab techs misread tests. Obstetricians tell women their healthy fetuses would be stillborn. These mistakes can’t be chalked up to reasonable slips of hand or lapses in judgment as often as human failures and flawed quality controls.

But political and economic forces conspire against meaningful regulation. And however egregious the offense, no statute or doctrine says that these injuries matter, legally speaking. The American legal system treats reproductive negligence less like mischief than misfortune. Some courts insist that thwarted plans are too easy to contrive and too hard to verify. Others wonder why victims didn’t just turn to abortion or adoption instead. Most are unwilling to risk characterizing any child’s birth as a legal injury. So judges throw up their hands when professional misconduct leaves patients with no baby, when they undertook reliable efforts to have one; any baby, when they set out to avoid pregnancy and parenthood; or a baby with different genetic traits than the health, sex, race, or resemblance they’d carefully selected.

This isn’t the first time that technological advances have outpaced the slow churn of the legislative process and existing tools of the common law. It was exactly one century ago, the legal scholar Roscoe Pound, then dean of Harvard Law School, published the new edition of his treatise, On the Law of Torts. What made the textbook remarkable was its inclusion of a prescient chapter that set forth an emerging right for the “Interference with Privacy.” That right is well-established today. But American law wasn’t much concerned with the exposure of secrets until advances in picture-taking made natural bedfellows with professional muckraking.

News outlets had been an expensive and largely exclusive enterprise, with the handful of major papers focused on economics, politics, and art. Photography, meanwhile, was an unwieldy and time-consuming undertaking, in which willing participants had their portraits taken in a formal studio. Cheaper and quicker printing techniques ushered in a competitive tabloid industry that used salacious reporting to sell papers. This yellow journalism got a boost from the invention of handheld cameras that let amateur Kodakers pry into the personal spaces of others and memorialize their guarded moments for the whole world to see.

Failed abortions, switched donors, and lost embryos may be first-world problems, but these aren’t innocent lapses or harmless errors.

Yet these privacy incursions found no redress in the existing law of contract, defamation, copyright, or otherwise. And judges initially rejected appeals to recover for intangible interference’s with privacy. In 1902, New York’s high court protested that even the “[m]ention of such a right is not to be found in Blackstone, Kent or any other of the great commentators upon the law.” Slowly but surely, judges began exercising their common-law powers to recognize new claims of privacy. And by 1941, most states recognized that now-familiar right of the one that wrestler Hulk Hogan asserted, for example, to win the $140 million judgment that bankrupted Gawker in 2016 after the media giant posted his sex tapes online.

Not a single new such tort has been adopted in nearly a century since. The time has come.

A similar story can be told about reproductive negligence today. Just as click-camera incursions placed privacy interests in sharp relief, lost embryos, defective Plan B, and switched donors bring to fuller expression the meaning and significance of the interests that people have when it comes to family planning. Each represents a distinctive interference with reproductive liberty. The first kind of case leaves affected families painfully incomplete. A second forces victims to care for a child they were in no position to. The third changes the experience of raising a child of a different type. Practical differences among these injuries can’t be captured by any monolithic cause of action. Three separate rights should protect against procreation that’s wrongfully deprived, imposed, and confounded. Tort law is no less equipped than it was in Pound’s era to accommodate these real and substantial harms that don’t involve any unwanted touching, broken agreement, or damaged belongings.

We’re used to blaming randomness or cosmic injustice when we don’t get the child we want, or when we get the one we don’t. And yet cutting-edge interventions promise to deliver us from the vagaries of natural conception and the genetic lottery. Sometimes things don’t work out —but that’s no reason to turn a blind eye when bad behavior seriously impairs people’s autonomy, well-being, and equality with those whose family planning comes more easily. Failed abortions, switched donors, and lost embryos may be first-world problems, but these aren’t innocent lapses or harmless errors. They’re wrongs in need of rights.

Dov Fox is professor of law and Herzog endowed scholar at the University of San Diego School of Law, where he directs the Center for Health Law Policy & Bioethics. He is the author of Birth Rights and Wrongs: How Medical Mix Ups Are Remaking Reproduction and the Law, Oxford University Press, 2019.

Why the law protects liars, cheats, and thieves in personal relationships