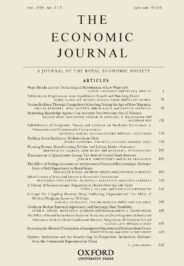 The Economic Journal is one of the founding journals of modern economics, first published in 1891. The journal remains one of the top journals in the profession and provides a platform for high quality, innovative, and imaginative economic research, publishing papers in all fields of economics for a broad international readership.

The fear of automation technology and its potential to displace a large portion of the global labor force is nearly ubiquitous.  A 2018 survey from the Pew Research Center reports that almost 80 percent of respondents across 10 countries believe that robots and computers are likely to take over much of the work currently done by humans sometime in the next 50 years and this change will cause much more harm than good, including job loss and rising inequality.

Looking over the period from 1999 to 2009, our research shows that low-wage jobs that are intensive in routine cognitive tasks, such as cashiers, have been supplanted by automation. Nevertheless, the impact on individual low-wage workers affected by this change is surprisingly small.  One reason for this small impact is that automation, while changing the composition of jobs, does not lead to a net decline in the total number of jobs.  Moreover, since low-wage jobs have few skill requirements and the minimum wage acts as a wage floor, individual low-wage workers displaced from their jobs are able to transition into newly created jobs without much of a wage penalty.

How could the use of technology intended to replace certain low-wage jobs lead to offsetting employment growth in other types of jobs?  One possible explanation has to do with the nature of low-wage automation. Automation often involves moving some tasks that were previously performed by an employee, such as scanning items at the cash register, onto the customer.   As firms introduce these new technologies, they also have to create new jobs to help teach and oversee customer interaction with the technology.  In the short-run, this employment growth could help offset the decline in jobs from automation.  However, this offsetting employment growth is unlikely to persist over longer periods of time as customers adapt to the new technology.

Another potential explanation is that automation technology could ease what economists call a fixed input in production problem.  For example, the area behind the counter at one’s favorite café is a fixed amount of space that is often crowded with workers both taking orders and making drinks.   The end result can be long queues.   During busy times, some people may choose to avoid the café altogether.  However, the introduction of ordering kiosks or a smartphone based ordering app could eliminate the need for cashiers, freeing up precious space behind the counter, which the café could repurpose to increase its capacity to make drinks.  As wait times fall, fewer people skip their coffee purchase and the café can profitably hire more baristas – offsetting the decline in cashiers. This could lead to employment growth that persists over longer time horizons.

In sum, the above analysis of low-wage automation implies that certain types of jobs are disappearing. However, this job loss may not be nearly as costly as believed by the general public because low-wage automation seems to also lead firms to create new, similar-paying jobs. That said, the source of this offsetting employment growth remains unclear and may not persist over longer time horizons – meaning that the cost of low-wage automation on individual workers could increase over time.   Future inquiry into this important topic is warranted if we are to move past our longstanding and nearly universal fear of technology and better understand its impact on present-day labor markets.

Daniel Aaronson received a B.A. in economics from Washington University in St. Louis and a Ph.D. in economics from Northwestern University. He has served as an economist, senior economist, and economic advisor, and began his career at the Chicago Fed in 1996. He is currently an adjunct professor at Northwestern University’s Kellogg School of Management, and the vice president and director of microeconomic research in the economic research department at the Federal Reserve Bank of Chicago. His recent research includes studies on female labor supply over the development transition, the long run impact of access to credit, and job loss associated with automation.

Brian Phelan received his bachelor's degree in economics from Wesleyan University, a master's degree from Tufts University, and his PhD in economics from Johns Hopkins University in 2013. He has worked at DePaul University since 2012, and is currently an assistant professor of economics in the Driehaus College of Business. His research and teaching interests include labor economics, demographic economics and applied econometrics. He is currently working on projects related to the costs and consequences of mid-career job losses, the spillover effects of minimum wage laws and the effects of welfare reform on household formation.

Daniel Aaronson and Brian Phelan are the authors of ‘Wage Shocks and the Technological Substitution of Low‐wage Jobs’ in The Economic Journal.

How to combat global economic challenges facing the 21st century 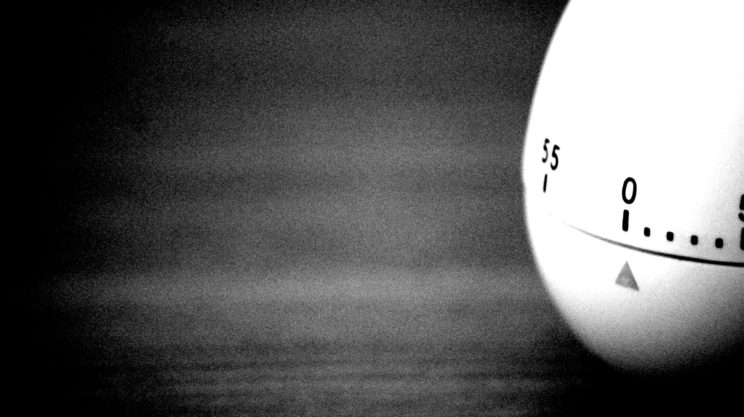