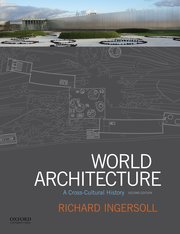 At dusk on Monday, April 15th, just in time for the evening news, the world was treated to the horrendous spectacle of uncontrollable flames licking the roof of Notre-Dame cathedral in Paris. The fire spread from a scaffold that had been installed six months earlier for restorations, completely consuming the timber roof with its lead covering and turning the majestic steeple into a tinder box that came crashing down at the church’s crossing. Some observers were quick to compare this dramatic disaster to the terrorist attack on the World Trade Center in New York, but alas there was no one to blame. Buildings with such a large quantity of old wood are quite fragile, and the fire probably began from a short circuit in the electrical equipment serving the scaffolds.

Notre-Dame, located on the Île de la Cité island in the center of Paris, is revered by Parisians as the heart of the city and indeed by many as the heart of France. From its origins in 1163 it has undergone numerous transformations to the point it is difficult to discern what is authentic. During the mid-13th century the architects Jean de Chelles and Pierre de Montreuil revised the original structure, expanding the transept while adding the flying buttresses so that they could remove much of the bearing walls and enlarge the stain-glass windows, similar to their work on St. Denis. The patronage for the windows, which were paid for by competing interest groups and powerful individuals, became a means of achieving status in medieval society.

As the religious center of the city, so poignantly described in Victor Hugo’s The Hunchback of Notre-Dame (1831), the cathedral still attracts intense devotion, quite evident in the reaction to the fire. But as one of the prime symbols of the ancien regime, along with the convents of Cluny and St. Denis, it also attracted popular wrath, and underwent severe damage during the French Revolution, including the guillotining of the statues of the kings on the west façade. After its conversion into a secular building, the original steeple was removed, and for a brief period the interior was used as a wine cellar. It was not reinstated as a church until 1801 for the coronation ceremony of Napoleon I. Inspired by Hugo’s novel, the first modern restoration campaign of the church began in 1844, under the guidance Eugène-Emmanuel Viollet-le-Duc and his partner Jean-Baptiste Lassus. Viollet le-Duc, in the effort to create a harmonious whole, added many new ingredients, including his own version of the steeple, the famous gargoyles, and a statue of himself set in the spire, often criticized as mystifications of the authentic church.

At the time of the fire Notre-Dame was already under restoration with a budget of only 300,000€. Now that the smoke has cleared a gaping hole is finally letting in glorious natural light (as well as rain) and 1,300 tons of charred oak beams are sprawled across the pavement like a work of conceptual art. The post-fire restoration has been estimated at €1 billion (and at least a five-year process). The money has already been pledged, including significant sums from the three wealthiest families in France, the Pinaults, the Arnaults and the Bettencourts, who seem to be trying to outbid each other in the quest for recognition. President Emmanuel Macron has announced that there will be a competition for the reconstruction, and perhaps this will offer the chance to promote a more conscientious rebuilding of Notre-Dame for a new purpose, not as an exhausted religious symbol but as part of a new sustainable agenda, the world’s first Green Cathedral.